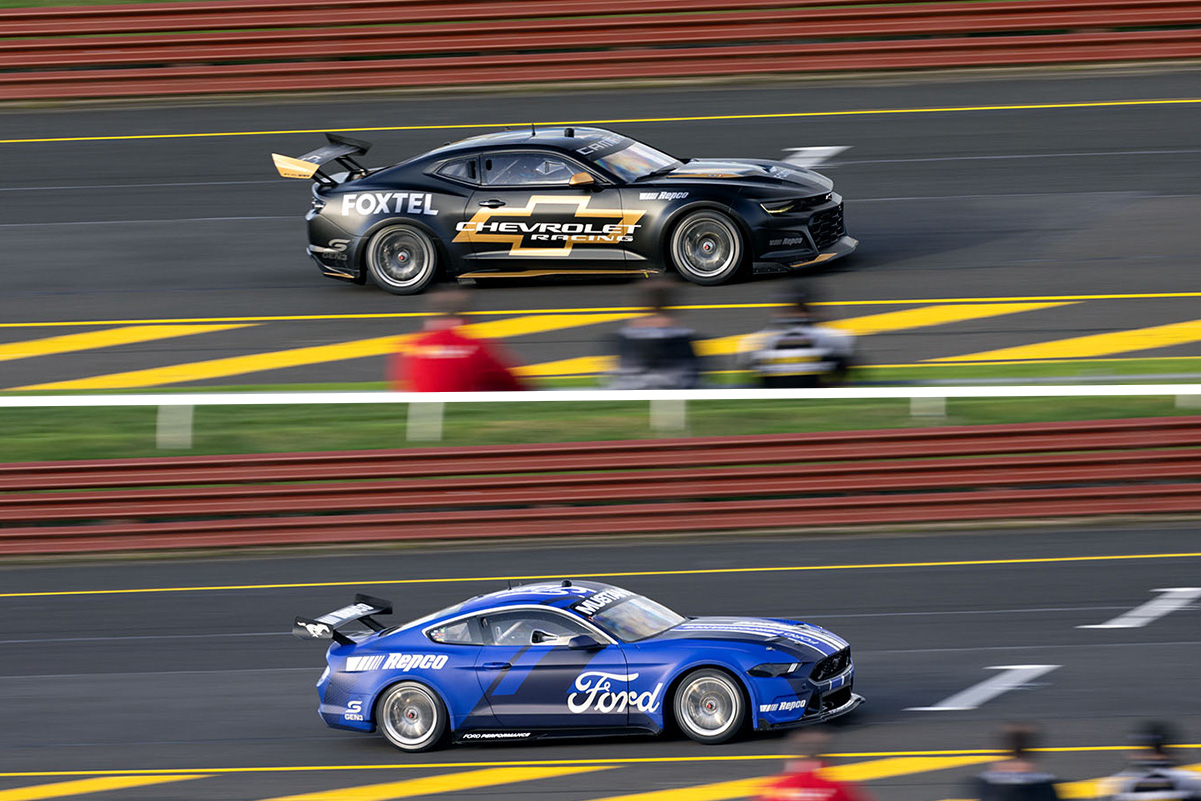 The Gen3 Camaro (top) and Mustang (bottom) at Sandown

Supercars’ Head of Motorsport Adrian Burgess says the Gen3 engine programme is on schedule with a fleet of General Motors and Ford examples in transit.

Development of Supercars’ new formula has been progressing in the background, with chassis builds continuing to flow.

After nearly 30 years of 5.0-litre V8 engines, the introduction of the Gen3 ruleset will see a change in engine capacity.

GM will field a 5.7-litre motor in the Chevrolet Camaro, while the Ford Mustang will be fitted with a 5.4-litre Coyote.

The category reached parity with the powerplants, as reported by Speedcafe.com in July, with engines then sent off for durability testing in the United States.

Burgess explained parts to build the motors are now on the way over to Australia by boat, set to arrive in early October at the latest.

“Both of them are a long way down the road,” he told Speedcafe.com.

“They’ve each got containers on their way with 40 blocks, 40 sets of heads, cranks, rods, pistons, all the main hardware for both programmes is on the water.

“They’re both due — not the same day obviously — but they’re due end of September, early October.

“Certainly after Bathurst, we should be in a position where we’re starting to see engines together.

“Whilst it will still be hard work and still be a lot of work to build them all, it’s not our biggest concern. So we’re on track.”

Herrod Performance Engines has been charged with building all the Ford teams’ Gen3 engines, and KRE Race Engines for GM teams.

The process of distributing motors for each Camaro and Mustang will be completely randomised to ensure fairness.

“It’s not go and pull a complete engine off the shelf, they’re sort of bespoke as their own product,” added Burgess.

Gen3 is set to make its debut at the Newcastle 2023 Repco Supercars Championship season-opener in March.