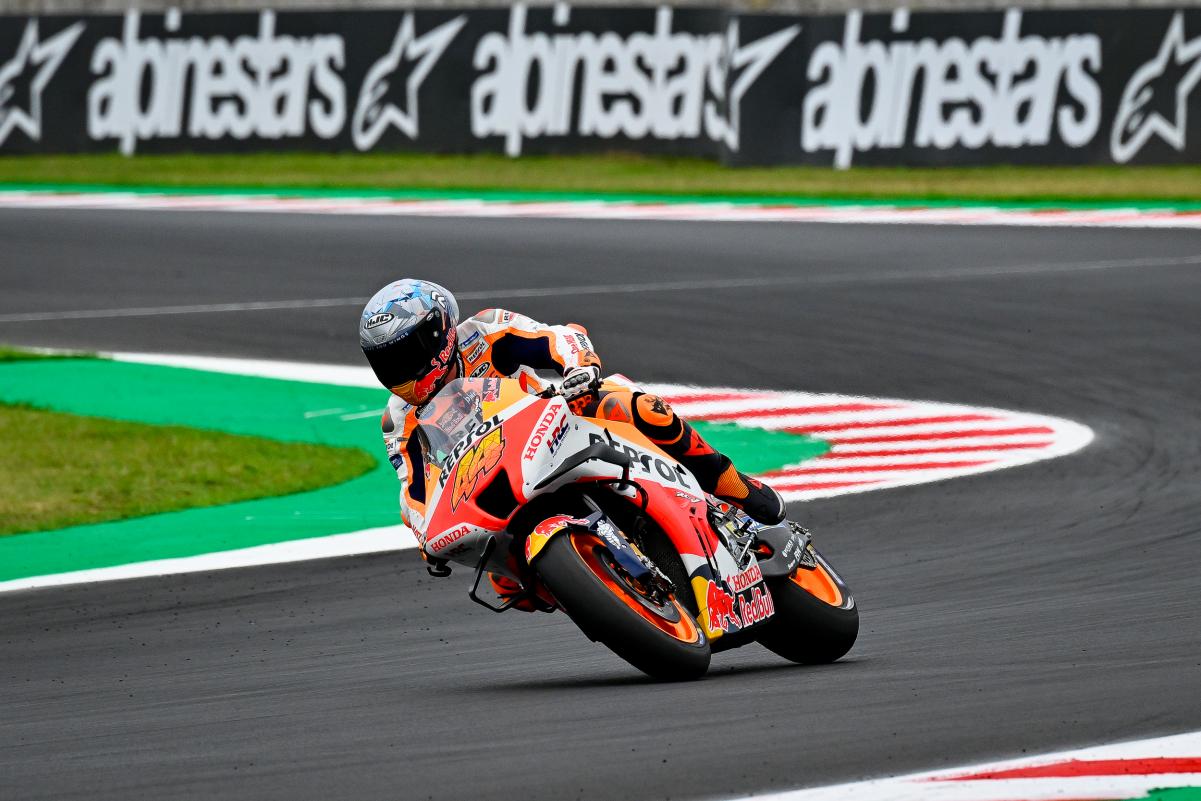 Pol Espargaro has blasted Honda for “not working hard enough” to develop its way out of its horror run in MotoGP.

The once all-conquering manufacturer is now rooted to the bottom of the constructors’ championship with just a single podium finish between its four entries, including the two at satellite team LCR, all year.

While six-time premier class champion Marc Marquez is out due to lack of fitness yet again, even he has fired multiple warning shots in recent weeks.

In a rare appearance at the race track of late, essentially to keep an eye on the Repsol Honda Team, Marquez said at the Austrian Grand Prix that Honda’s problem was not with its bike per se, but with how it organised its MotoGP project.

However, Espargaro, who is returning to the KTM group at GasGas Factory Racing next year, was blunter than that after the just-completed San Marino Grand Prix.

The 2013 Moto2 champion rebuked Honda for slacking off on development of the RC213V, including what it has ready for the two-day test which kicks off this evening (AEST).

“How many things, how many parts have we tested since Qatar [Round 1] on this bike?” he said in his post-race interview for MotoGP’s official website.

“[At the Misano test] it doesn’t look like we have a lot of things to try, so like that, you will not improve.

“The others, you see, they are putting wings on their bikes every three months, every two months, and they are trying to make it better and they are always faster and faster.

“The race today has been half a second per lap faster than last year’s race when we were on the podium with Marc, so imagine, we would be ridiculously bad last year as well compared to this year, so we need to improve.” 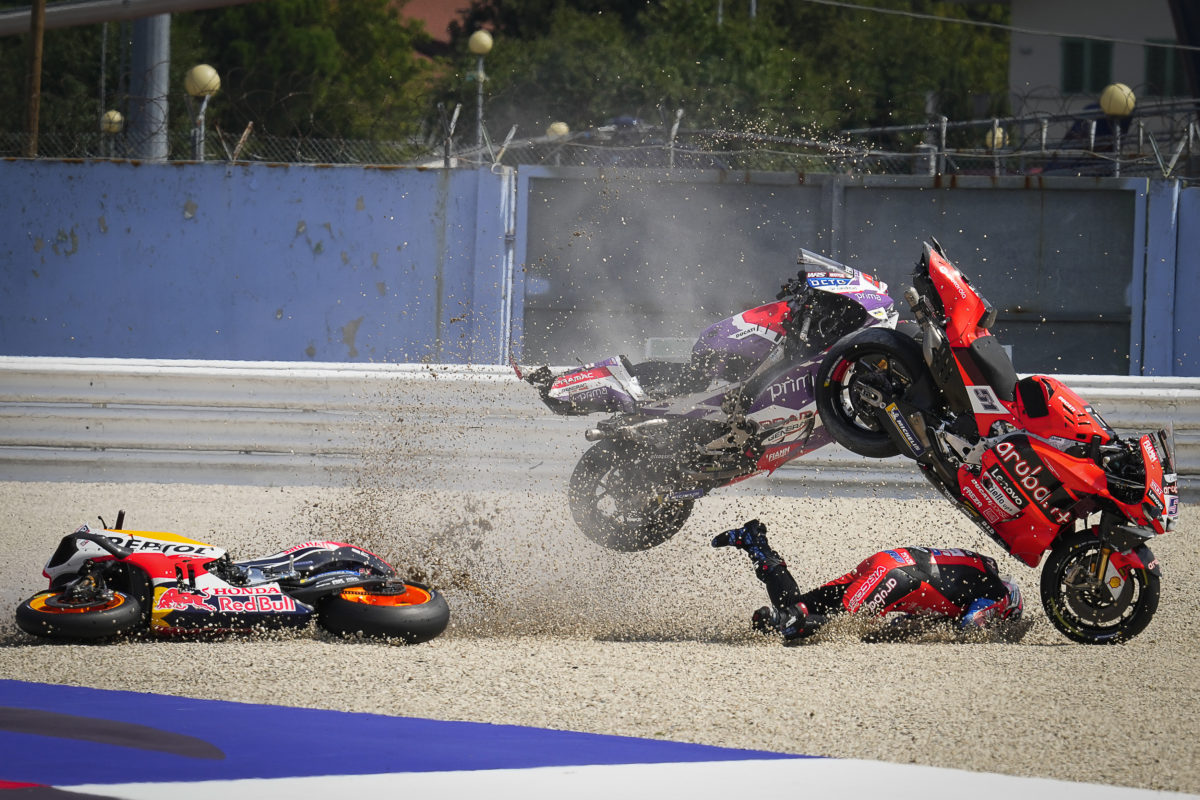 Espargaro did not himself complete the San Marino GP, taken out in a wild, four-rider incident at the first corner which was precipitated by a touch between Brad Binder and Johann Zarco.

Even that, he ultimately blamed on Honda because he had qualified all the way back in 19th.

“Well, it’s everything in our hands,” declared Espargaro, “and starting in the back, you have more troubles.

“For sure, it was not our fault. We have been taken out first by Brad – he entered a little bit too fast in the first corner but nothing wrong with it; just aggressive.

“We can complain about everything but at the end of the day, we were starting almost the last in the qualifying because we are not fast enough.

Espargaro reasoned that he now has to “risk everything” in practice simply to try and earn a place in Qualifying 2 and hence a shot at the first four rows of the grid.

“I’m the first one that wants to start in the front and do different things, but I mean, it’s not easy and for sure we need to start to work harder to improve the situation,” he remarked.

“It’s the only way to improve – work harder – and we are not working hard enough.”

Marquez will make his comeback in the test, having been officially declared fit upon his arrival to Misano during the grand prix weekend, although how many laps he rides remains to be seen.