The person who threw a flare onto the track at Zandvoort has been described as “stupid” by world champion Max Verstappen.

Qualifying for the Dutch Grand Prix was interrupted when a flare landed on the circuit exiting the Hans Ernst Bocht soon after Qualifying 2 started.

Race control quickly halted proceedings with only Alex Albon on track to afford marshals the opportunity to douse and remove the offending item.

Shortly afterwards, the FIA confirmed the individual responsible had been identified and removed from the venue by security.

Speedcafe.com understands the person was then handed over to local police.

“It’s just very silly to do,” Verstappen said of the incident.

“I mean, to hold flares already, I mean, it’s nice but of course, there’s a limit to how much.

“But to throw it on the track is just stupid.

“I think also the person who did that got removed.

“You get thrown out so you can’t see the race and for us, you know, the session is stopped because it’s dangerous.”

Verstappen’s comments were echoed by Charles Leclerc, who qualified second behind the Red Bull driver by just 0.021s.

“Don’t do these type of things,” he implored.

“It’s good that there was a reaction from, I don’t know who is taking care about it, but the security guys.

“I don’t know if in the future we can do anything to avoid that. I don’t know exactly when it was brown.

“But obviously if a car is passing at that time, then it can create a risk.

A second flare made its way onto the circuit late in Qualifying 3, though it rolled off the circuit and extinguished itself.

That was covered under local yellow flags, the field heading out of pit lane at the time.

Fans entering Zandvoort are this year greeted by signage instructing them that ‘incendiary items’ are not permitted.

That message was reinforced following the first incident in qualifying, with a message on big screens advising that flares were not allowed, and offenders would be removed from the event.

It is not the first time the sport has had issued with flares this season, with the smoke proving an issue at the Austrian Grand Prix in July. 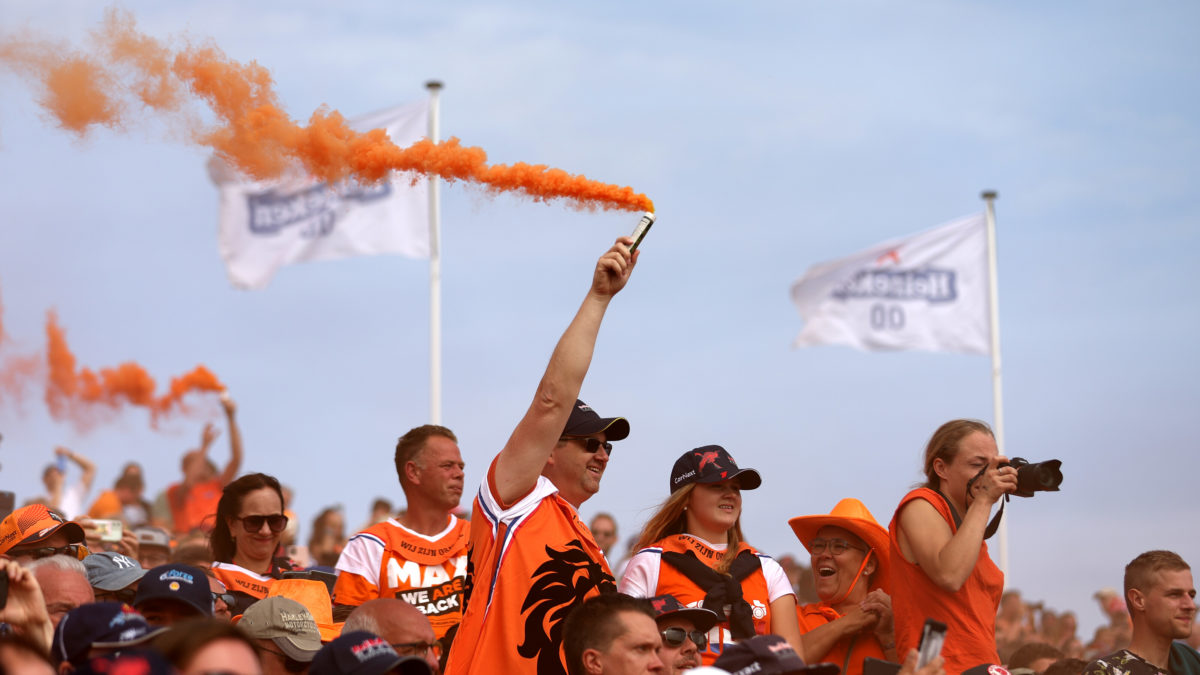 Members of the crowd holding flares at Zandvoort