Marquez: Right arm was 34 degrees out of line

Marquez: Right arm was 34 degrees out of line 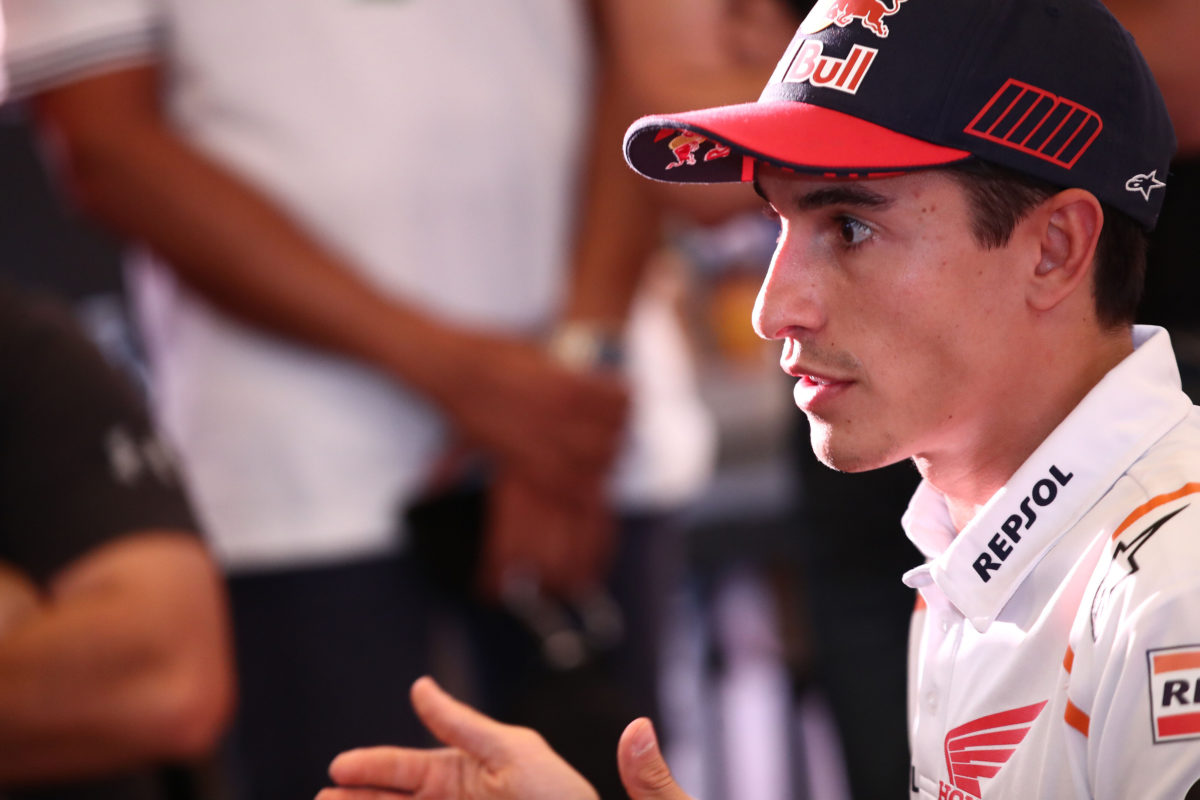 Marc Marquez has revealed that his injured right arm had been 34 degrees out of alignment, after being officially declared fit to make his MotoGP comeback in the Misano test.

The six-time premier class champion will miss a sixth straight race at this weekend’s San Marino Grand Prix after undergoing a fourth operation in June of this year on the humerus which he badly broke in the 2020 Spanish Grand Prix.

However, after riding a Honda Supersport bike twice in the past week at Aragon, he flew to Misano with the intent of testing next week and now has the green light to do so.

“The rehabilitation is going in a good way, but on the other hand, the timing is the timing,” explained Marquez.

“Two weeks ago, I was still working with elastics, then I started to increase quite a lot the work in the gym.

“But the muscles and everything need time. I was riding and living for one year-and-a-half with an arm that was 34 degrees rotated [out of position].

“Now I need to re-adapt some movements, in a normal life but also when riding.

“The doctor said to me that maybe in the winter you will make the last step [in the rehabilitation].

“But the important thing is that I’ve now reached an acceptable level to start to ride a bike, but not in a way that I want. Still, I have a long way to go.”

Better yet for Marquez and his Repsol Honda Team, he is also adamant that he will race again before the 2022 season is out, although whether or not that is at Aragon in a fortnight from now is a question mark.

“I will return this year,” he declared.

“But if I am here with the intention of testing on Tuesday – I don’t know about Wednesday – it’s because the doctors have told me that it is 100 percent safe and the bone is completely fixed.

“It’s only about time and kilometres and hours and hours in the gym to try and grow again the muscles.

“With that progression, that transition, sometimes you push and push and for some reason you create another pain in a muscle or a tendon, and you cannot control this.

“For that reason, I cannot say to you, ‘I will do the test and I will race next weekend’. I need to understand when I ride the bike.

“I rode the first day [on the CBR600RR at Aragon] and got up on the second and said, ‘Okay, it’s impossible.’

“But then on the third day I was fine. I only did two days, and I need to understand here with the MotoGP where I am.”