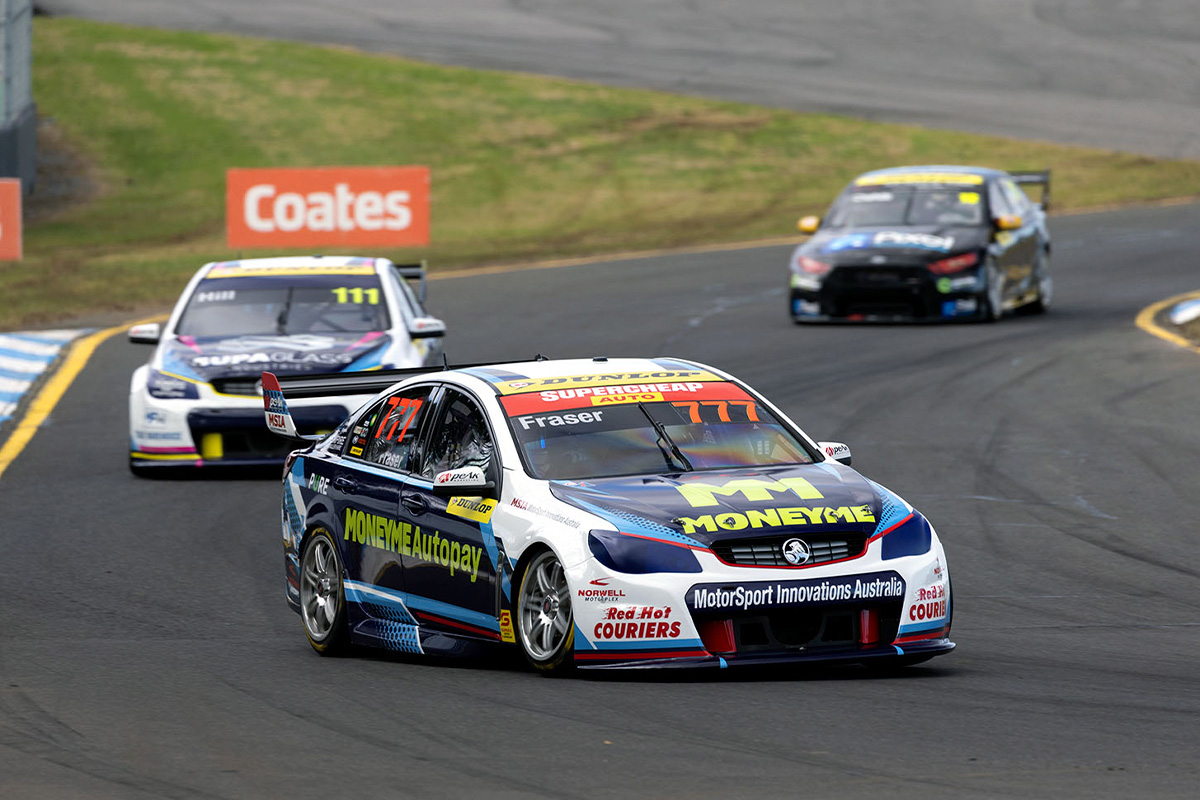 Triple Eight Race Engineering is assessing whether it will run a Dunlop Super2 Series programme at all next year, primarily due to personnel capacity.

It is structured whereby four race teams are run out of one organisation, with staff working across multiple programmes.

Adding to the workload, Triple Eight is also a homologation team for Gen3 ahead of the formula’s introduction in Supercars next year.

It has eight Gen3 Chevrolet Camaro chassis to build ahead of the 2023 season-opener, while the squad will also run the Supercheap Auto wildcard at this October’s Great Race.

One solution could be to reduce the number of racing programmes Triple Eight runs in 2023, with its Super2 campaign potentially on the ropes due to a number of factors.

“The big one is internal personnel,” Whincup told Speedcafe.com.

“We’ve got a lot of programmes on the go at the moment; if we can line up internal personnel to be able to commit to all the series we’re doing currently.

“There’s four race teams within one, so whether we want to just commit to only three of those and not the fourth, or, all four again for 2023…it all comes down to staffing.

“I wouldn’t say we’re stretched, we’ve got a full programme and we’re at 100 percent capacity.

“The choice is, do we continue that, or do we make life a little bit easier for ourselves with [only] the other three categories.”

Another factor is Triple Eight currently doesn’t own any cars that would be eligible for Super2 next year.

The team’s three ZB Commodores are owned by PremiAir Racing’s Peter Xiberras, while the VFs it currently fields in Super2 are also owned by third parties.

It leaves the outfit needing to source cars, with only the Gen2 ZB Commodore and Ford Mustang permitted in the second-tier Supercars category in 2023.

“Still working through it; we’re not in a mad rush because we’re pretty much focussed on Gen3,” added Whincup.

Asked whether leasing the ZB Commodores back from Xiberras is an option, Whincup said: “We’re exploring that as well.

“But I believe he’s already got those cars occupied for next year. If we are to do [Super2], it will most likely be something else.”

By something else, Whincup explained Triple Eight could source a chassis previously used by another team.

“There are certainly other chassis around, obviously we will Triple-Eight-it.

“[It] doesn’t matter what [chassis] we get we’ll make sure it’s full-spec T8 before it rolls out.

“I haven’t really gone down that path of what’s available and what we can get because we’re yet to decide if we’re committed to Super2 for 2023.”

Triple Eight is on track to claim back-to-back Super2 titles with Declan Fraser leading the points with two rounds remaining.

Broc Feeney took out the 2021 title before graduating to the main game in the #88 alongside team-mate Shane van Gisbergen.