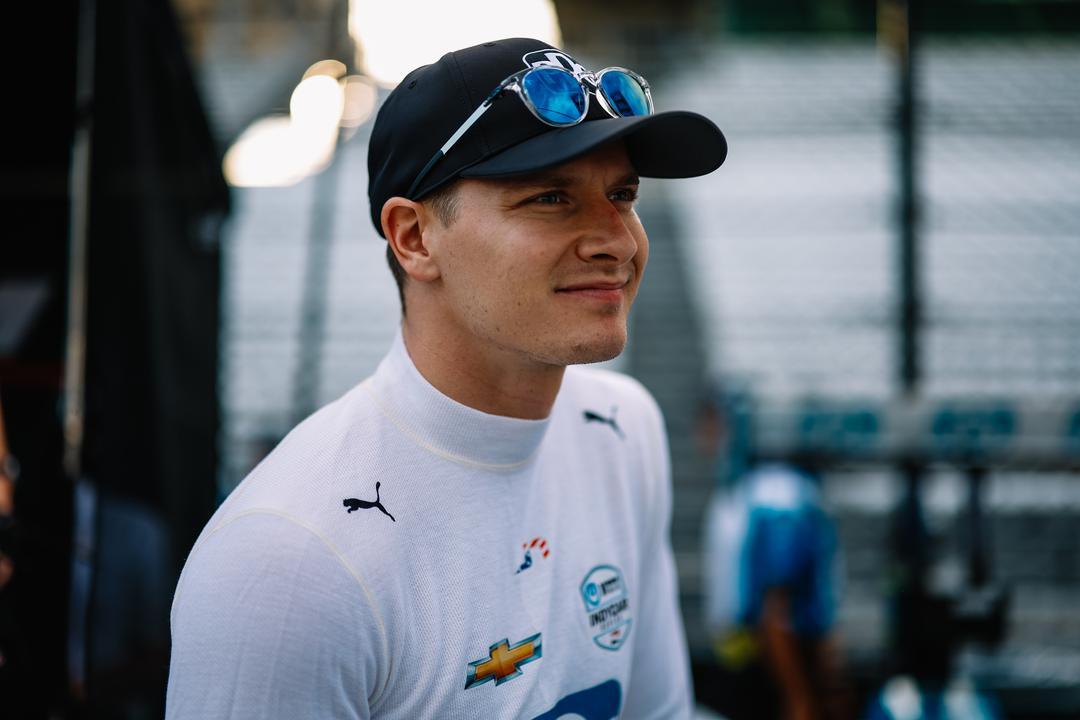 Josef Newgarden has gone fastest in an opening IndyCar practice session at Portland which was interrupted by four red flag periods.

The Team Penske driver, who starts the penultimate event of the season just three points away from the series lead but now with a grid penalty hanging over his head, set the pace on a 0:58.5769s in a 75-minute session which took over two-and-a-half hours to complete thanks to an unstable big screen.

Dale Coyne Racing w/ HMD Motorsports’ David Malukas finished Practice 1 in second spot on a 0:58.7024s and Penske’s Scott McLaughlin third on a 0:58.7156s, in a repeat of the top three in the Gateway Motorsports Park race a fortnight ago.

In the other Penske Chevrolet, series leader Will Power ended up 10th on a 0:59.0287s, one position behind Alex Palou and ahead of the other two Chip Ganassi Racing drivers who are still in contention for the title, namely Scott Dixon and Marcus Ericsson.

Malukas was the first to set a representative lap time and got down to a 0:59.9263s by the end of his first run in the #18 Honda, before fellow rookie Callum Ilott (Juncos Hollinger Racing) moved the marker to a 0:59.6811s.

A red flag was called in the 24th minute, the cause being a big screen which threatened to topple over and onto the main straight.

After a delay of just over 80 minutes, the session went green again with the full balance of 51 minutes of running still available to drivers.

Romain Grosjean (Andretti Autosport) took over top spot with a 0:59.5997s in what was officially the 31st minute of proceedings although he was quickly usurped by two of his team-mates, Colton Herta (Andretti w/ Curb-Agajanian) clocking a 0:59.4725s and then Alexander Rossi a 0:59.4390s.

Minutes later, Rossi had a big oversteer moment which saw him spray through the dirt at Turn 6, but it was Takuma Sato (DCR w/ Rick Ware Racing) who caused a red flag in the 38th minute when he ran off and into the tyre wall at Turn 11.

The field had only been going again for four minutes when Helio Castroneves spun at Turn 2, for the second time in the session.

However, unlike on the first occasion, he could not keep the #06 Meyer Shank Racing entry running, and yet another red flag was called.

The third restart came with 21 minutes to go, and the fourth red flag came with 18 minutes to go when Pato O’Ward (McLaren SP) spun off the track at Turn 5, although he was able to pull up before backing into the tyre wall.

The session got underway again with 12 minutes remaining, at which point most drivers switched from black tyres to reds.

McLaughlin set a 0:58.7156s as his team-mate in Car #2 was doing so, before Malukas split those Penske drivers with his fastest lap of the session.

Newgarden then kicked up the dirt at Turn 5 in the final few minutes, but with no harm done.

Dixon took 11th on a 0:59.0325s, Ericsson had no improvement on the aforementioned time and was classified 16th, while Grosjean ended up 21st when a transmission-related failure as he was about to leave the pits for his red tyre run prevented him from doing so.

Practice 2 starts on Sunday morning at 02:00 AEST, then Qualifying at 05:05 AEST, with both of those sessions live and ad-free on Stan Sport.