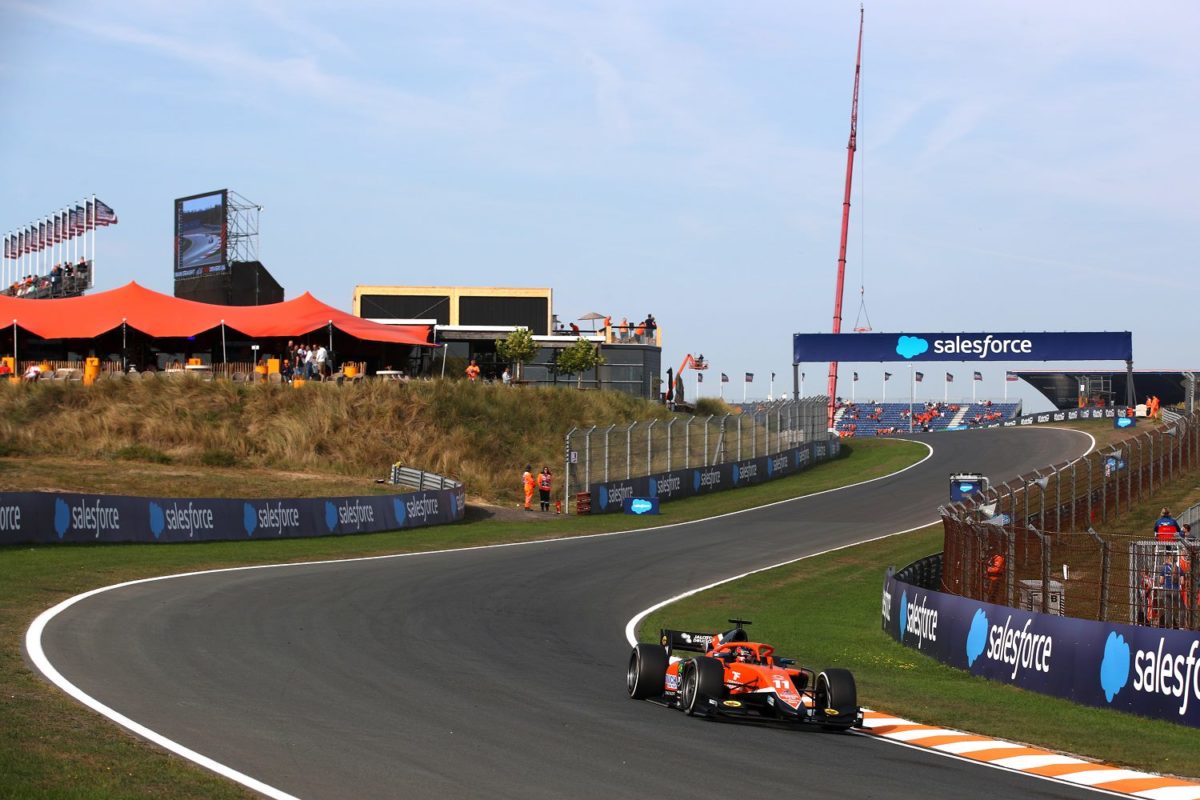 The Brazilian was more than 0.2s clear of the field in a qualifying session twice interrupted by red flags.

He’ll be joined on the front row by Jack Doohan for Sunday’s Feature race.

Pourchaire meanwhile will start well down the order after he crashed at Hugenholz early on in the session in a potentially championship defining moment.

That lasted only until Doohan completed his first flier, the Spa-Francorchamps Feature race winner recording a time just over a tenth faster to claim provisional pole.

A mistake from Theo Pourchaire saw the Frenchman skate into the Tecpro barrier at Hugenholz after 13 minutes.

The championship contender lost the rear on entry to the banked left-hander, overcorrecting to head up the track and into the barrier.

His right-front suspension was damaged in the impact leaving Race Control to show the red flag.

Officials worked to not only clear Pourchaire’s car but repair barriers during the 15-minute interruption.

Drivers headed into the lane midway through the session, as has become standard practice, to have a new set of tyres fitted.

They emerged back on track with 10 minutes remaining.

Lap times improved soon after with the order rapidly changing as drivers completed their laps.

Iwasa moved to the top, only to lose out to Logan Sargeant and then Drugovich as they improved on their previous bests.

Doohan improved to climb back up the order to second but was still more than 0.2s clear of Drugovich.

Jehan Daruvala spun at Sheivlak after getting wide of the apex to the right-hander.

He came to a rest on the side of the track without finding the wall but unable to get the car going again.

The red flag was shown as a result with four minutes remaining.

The session did restart, though with no meaningful change to the qualifying order.

It left Drugovich on pole from Doohan with Sargeant on the second row ahead of Richard Verschoor.

Pourchaire fell to 16th after his early incident, while Clement Novalak will start out of the reverse grid pole for Saturday’s Sprint race.