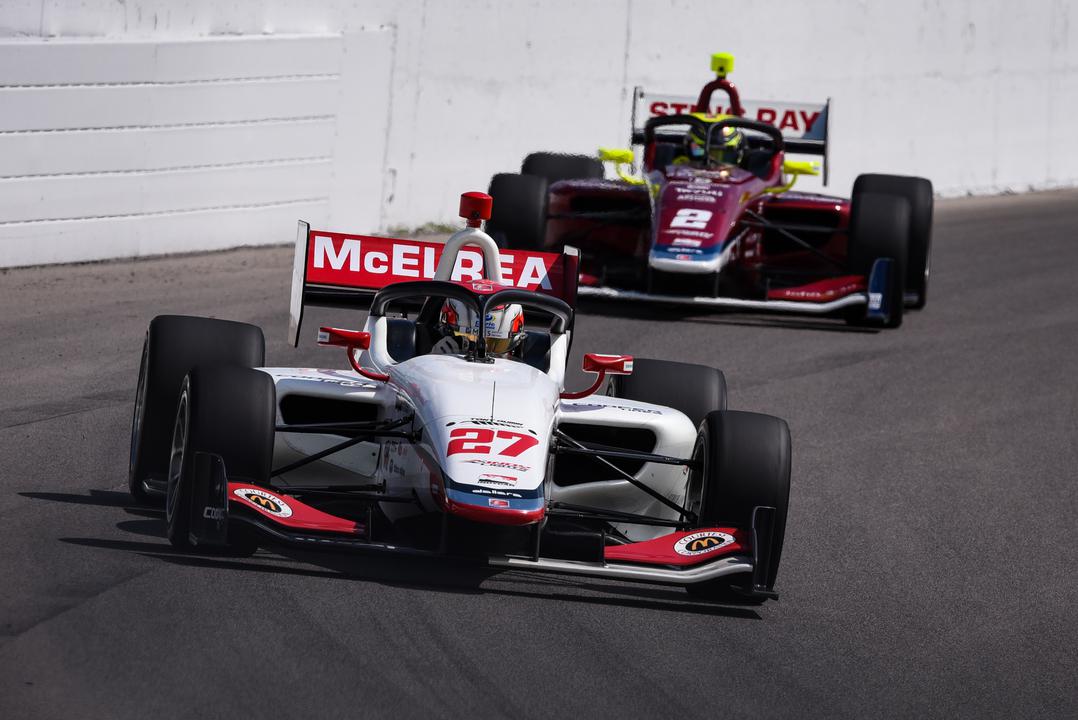 Hunter McElrea has signed on with Andretti Autosport for another season in the Indy Lights series.

McElrea has three pole positions, two race wins, and a total of six podiums, in this, his rookie season.

The New Zealander was also leading his very first race in Indy Lights when he hit the wall in St Petersburg.

He is currently third in the series with three races remaining across two events this year.

“We are happy to have Hunter return to the team for another season,” said Andretti Autosport CEO Michael Andretti.

“He’s had a good season with us and will perform well in the series for this upcoming year.

“After the growth and learnings he has had this year, we look forward to seeing him excel next season.”

McElrea is in his first season at Andretti, having finished third in Indy Pro 2000 last year with Pabst Racing, and is glad he will be back for a second.

“I’m really excited to be back with Andretti Autosport for the 2023 Indy Lights Presented by Cooper Tires Championship,” said the 22-year-old.

“I really gelled with the team this season and it’s a great atmosphere with fast cars, so it was a no brainer for me to come back.

“I’ve learned a lot in my first year and I really look forward to putting that into action for my second year.

“Obviously, the championship is the goal but I’m just planning to have as much fun as I can and keep learning, while making the most of the opportunity I have.

“I can’t thank Michael and JF [Thormann, President] enough for the opportunity.

“I must really also thank all my shareholders and sponsors Smart Motors, Giltrap Group, Objective, TQF, Courtesy Corporation and Bob Stellrecht for his support in the 2023 season.”

McElrea is Andretti’s first signing for the 2023 Indy Lights campaign, and its second in the current standings, with team-mate Matt Brabham occupying second place.

Race 12 of the campaign takes place this weekend at Portland.