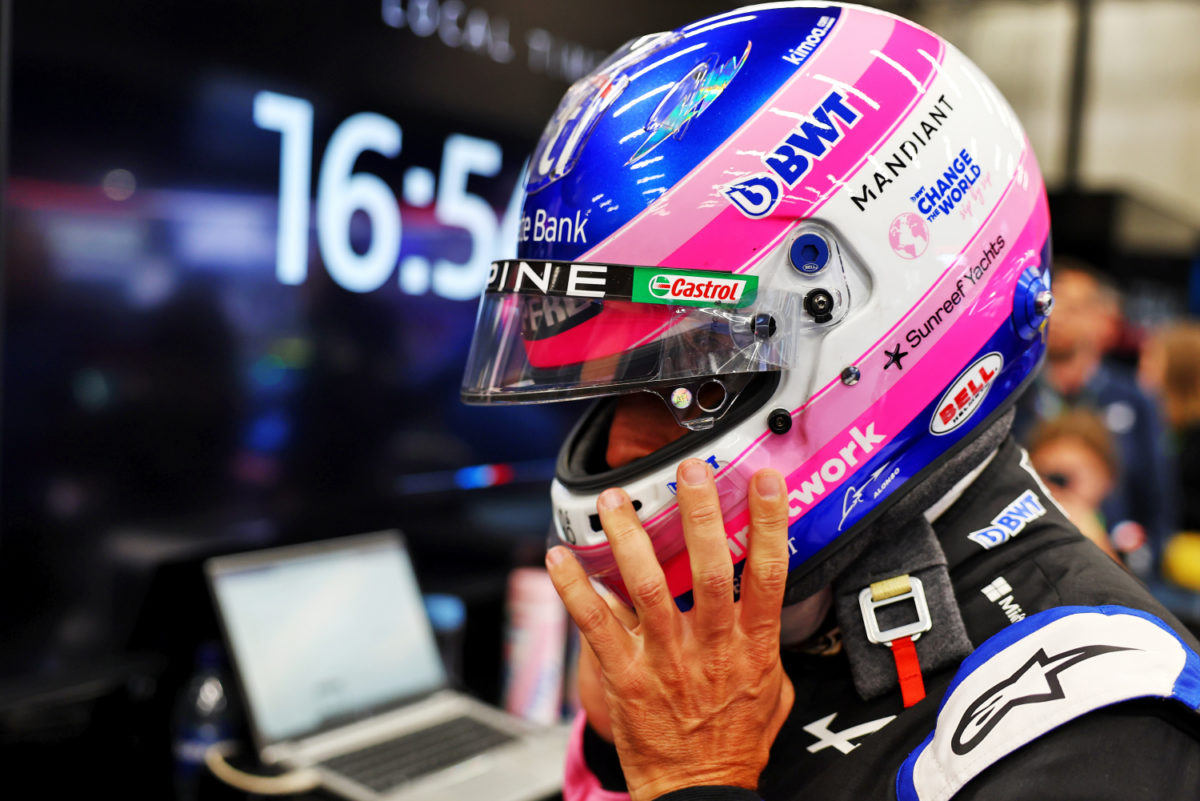 Fernando Alonso has claimed branding Lewis Hamilton an “idiot” during last weekend’s Formula 1 Belgian Grand Prix has been blown out of proportion because the Mercedes driver is British.

The pair clashed at Les Combes on the opening lap, Hamilton crowding Alonso onto the apex of the left-hander when they made contact which lifted the rear of the Mercedes into the air.

The seven-time world champion was a near instant retirement, limping his car for another half lap before being told to park it over the radio.

However, it was the exchange between Alonso and his pit wall that caused headlines when the Spaniard passed critical remark about his former team-mate.

“What an idiot! Closing the door from the outside,” he said at the time.

Asked about his reaction to the incident in Zandvoort ahead of this weekend’s Dutch Grand Prix, Alonso suggested his radio remarks had been inflated than they perhaps would have otherwise been.

“First of all, it’s Lewis, a legend and champion of our time and when you say something, and I’m sorry to repeat this again, [about] a British driver, there’s a huge media involvement after that.

“They have been saying a lot of things to Checo [Sergio Perez], Carlos [Sainz], to me; if you say something to a Latin driver, everything is a bit more fun.

“When you say something to others, it’s a little bit more serious.

“But anyway, I apologised, I’m not thinking what I said [on the radio].”

Following his elimination from the race, Hamilton accepted the blame for the coming together.

“I don’t think that there was much to blame in that moment to be honest, looking at replays and everything,” he suggested.

“It’s a first-lap incident, we’re all very close together.

“In the heat of the moment and the adrenaline of the moment, finally fighting for top two, top three, made me say those comments that I should have not said.

“But at the same time, I said also after the race, it was a racing incident in my opinion.

“When you say something on the radio, in that moment, you think you’re talking with your engineer.

“You’re preparing the strategy, finally you start in top three, you overtake Checo on the first corner, you’re running second and something happens – you say something to your mate, your colleague, your engineer in that moment.

“You should be aware that it’s broadcast, but it’s like, if someone makes a hard tackle in football, in that moment you say something to your team-mate or your defender, it’s not broadcast.

“In the radio, I said something that I don’t think that way.

“I will try to be quiet in the radio always; don’t be part of a show that I don’t agree with,” he added.

The transmission of radio chatter has been scaled back for the 2022 Formula 1 season, with none of the discussion from FIA Race Control now part of the broadcast.

That was one of the takeaways from last year’s Abu Dhabi Grand Prix, though team radio has remained a prominent feature of the world feed.

“I don’t think so,” Alonso responded when asked if that should be the case.

“It’s the only sport where it happens.

“You have your moments of privacy with your team, and you prepare everything.

“I know it’s part of the show, all the things that are broadcast normally are a little bit spicy because the sport wants that spice into the race; they never broadcast ‘go to diff position five’ because it’s not interesting and it’s what we talk about every lap.

“I understand that and, unfortunately ,the measures you have to take to avoid broadcasting things you are not thinking in the heat of moment to stay quiet at the time.”

Alonso went on to finish fifth in Belgium, benefitting from a post-race penalty for Charles Leclerc which demoted the Ferrari driver a spot.

Track action at this weekend’s Dutch Grand Prix begins with Free Practice 1 from 20:30 AEST on Friday.