Marquez on ‘last chance’ for his right arm

Marquez on ‘last chance’ for his right arm 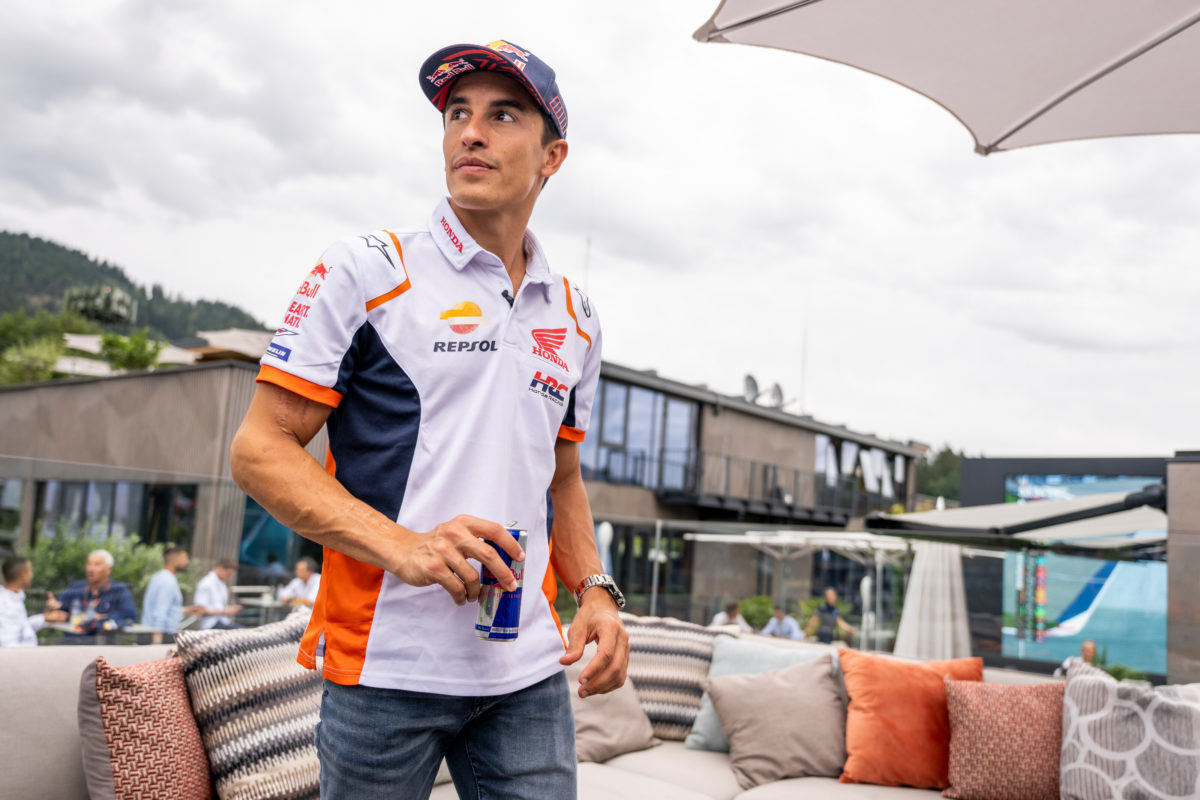 Marc Marquez has revealed a promise to his grandfather as he progresses towards a return to MotoGP competition after a fourth operation on his troublesome right arm.

The six-time premier class champion has missed the last five rounds as he recovers from surgery which took place in the United States in June, two years on from his horror crash at Jerez.

The spill at Jerez in the closing stages of the 2020 Spanish Grand Prix badly broke Marquez’s humerus and led to three operations that year alone, with a hasty comeback attempt not helping his cause.

He missed a total of four more races since his comeback in early-2021 due to two separate instances of concussion/double vision brought on by crashes, either in training or at a race event.

However, he continued to experience “major…” or “significant limitations” in his right arm, hence the decision to fly to the United States for more surgery.

The Repsol Honda rider has now been cleared to train on motorcycles again, and it is hoped he will return to racing before the 2022 season is out.

That is a prospect which makes some nervous, including his grandfather, who Marquez promised this will be his “last chance” for the arm.

“My grandfather told me, ‘Nen, leave it now, you have enough to live on, what you’ve done is done, leave it,’” the 29-year-old revealed in an interview with Spanish MotoGP telecaster, DAZN.

“I promised my grandfather, ‘I promise it’s the last chance for the arm’.

“I told him that if this one doesn’t… there are no more places left to open.

“It’s difficult in terms of mentality: they take the sling off, I start to move my arm, I could pick up a normal glass and I could eat a piece of meat without lifting my elbow.

“I haven’t lifted my arm 90 degrees for a year. I’ve been on a high for two weeks now, but there will be lows, it happens.”

The MotoGP season resumes this weekend with the San Marino Grand Prix, after which the field will stay on at Misano for an official two-day test on the following Tuesday and Wednesday.

Marquez will not race, but Honda seems to have left open the possibility that he could still test.

Its latest update regarding his recovery, in which the return to motorcycle training was announced, read, in part, “From the findings of this outing, Marquez and the Repsol Honda Team will assess the following steps needed.”

Speaking at the Austrian Grand Prix, just before the check-up, Team Manager Alberto Puig expressed hope he will be at Misano, else Honda will be testing “a bit blind”.

“If he’s not at the Misano test, it will be more of the same, because it will be a long time without Marc at the test. So, it will be complicated.”

“If he’s not there, we’ll go as we’ve been going so far, a bit blind, honestly.

“We have had two riders. In these past cases we have had to rely a bit on Pol [Espargaro] and then on the test rider [Stefan Bradl], but of course, the one who knows this bike best from experience…

“A rider knows a bike by the time he has been on it and by the quality of the races he has done.”