Scott McLaughlin on yet again coming so close to his first oval win, this time at Gateway, in his exclusive Hired Gun column for Speedcafe.com. 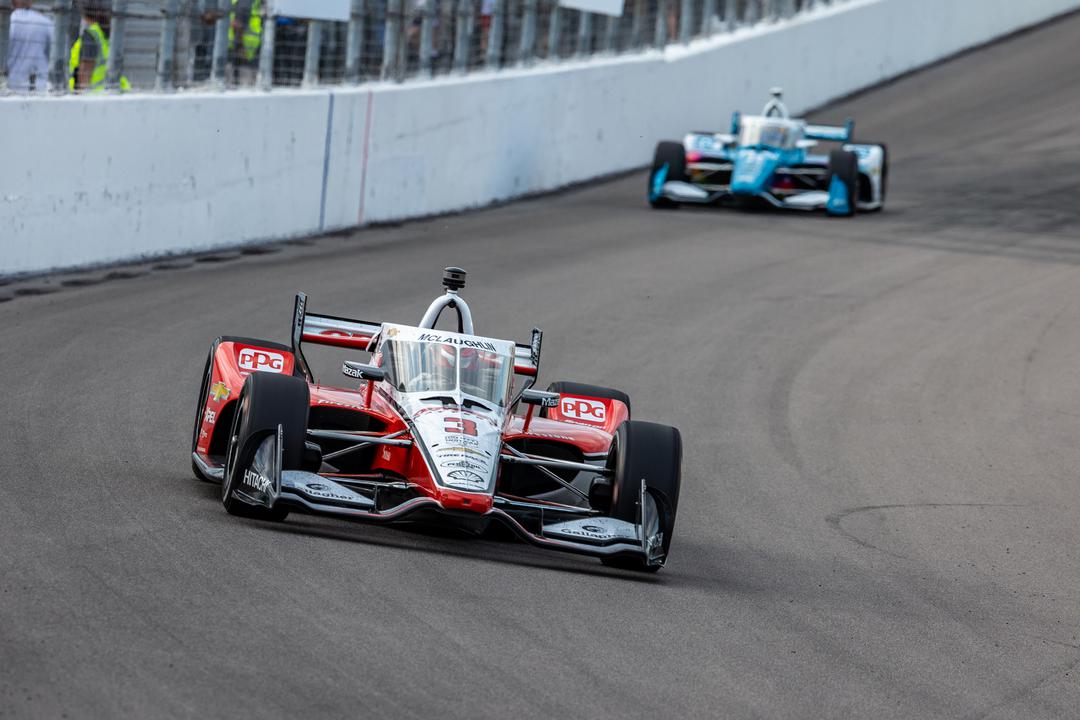 We left St Louis with a really weird feeling.

I mean, third is great – on the podium is what we’re here for and it’s super points for our championship, but man, I was flat for a while afterwards.

We were in the lead thanks to a brilliant strategy play from my guys when the rain hit – and for a hell of a long time it looked like the race would be called and we’d get handed the win.

I mean it rained really heavily – so it looked like they’d call the race.

Then there was lightning – so it was an immediate 30-minute stoppage, and it looked like it was done.

And we blew past our TV window so it looked more and more like they’d end it.

But still they tried to get us back out on track.

I admire IndyCar for trying – and in the end, it’s cool for the sport to finish properly… but I would have taken the win in a heartbeat!!

All up we were halted for two hours until we were back on track – so that’s an incredibly long stoppage.

Unfortunately, when we went back green, we were under lights and my car just didn’t quite feel the same – we knew it straight away – so we were never going to be able to keep my team-mate Josef Newgarden behind us.

And then on the final lap we were passed by David Malukas who absolutely sent it, and we were left third.

So, it’s podium number six for the year, and it’s great that two of those have come on ovals – I’m learning more and more each time we race on them.

And I guess in the end it just goes to show how far we’ve come over here. 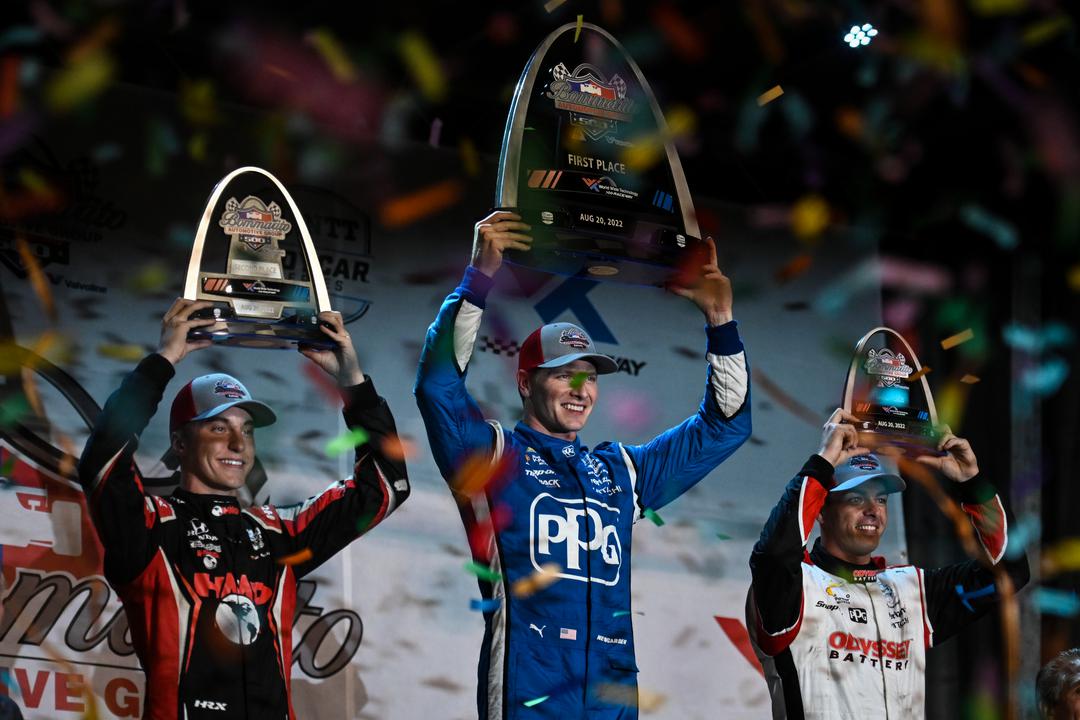 This time last year I would have been over the moon with a podium.

But now – we want more and more with each week we spend together at the track.

Sure, podiums are nice, but it’s not the ultimate.

So, we stay sixth in the standings and it’s unbelievably tight.

In all, I’m 54 points behind Will – so it’s really hero or zero over the final two events, I’ll be giving it my all.

But it will be some sort of grandstand finish to the season – which is just awesome.

Next up is Portland in a fortnight, and then we head to Laguna Seca – so it’s two seriously great tracks to finish on, and two places I absolutely love.

Thanks all for the support and messages back home – hope you’re enjoying the ride.

And well done to by Western Bulldogs – awesome to see they made it through to the AFL Finals Series again!

Talk in a few weeks,