Sandown leaves SVG free to ‘have a crack’ at Bathurst 1000

Sandown leaves SVG free to ‘have a crack’ at Bathurst 1000 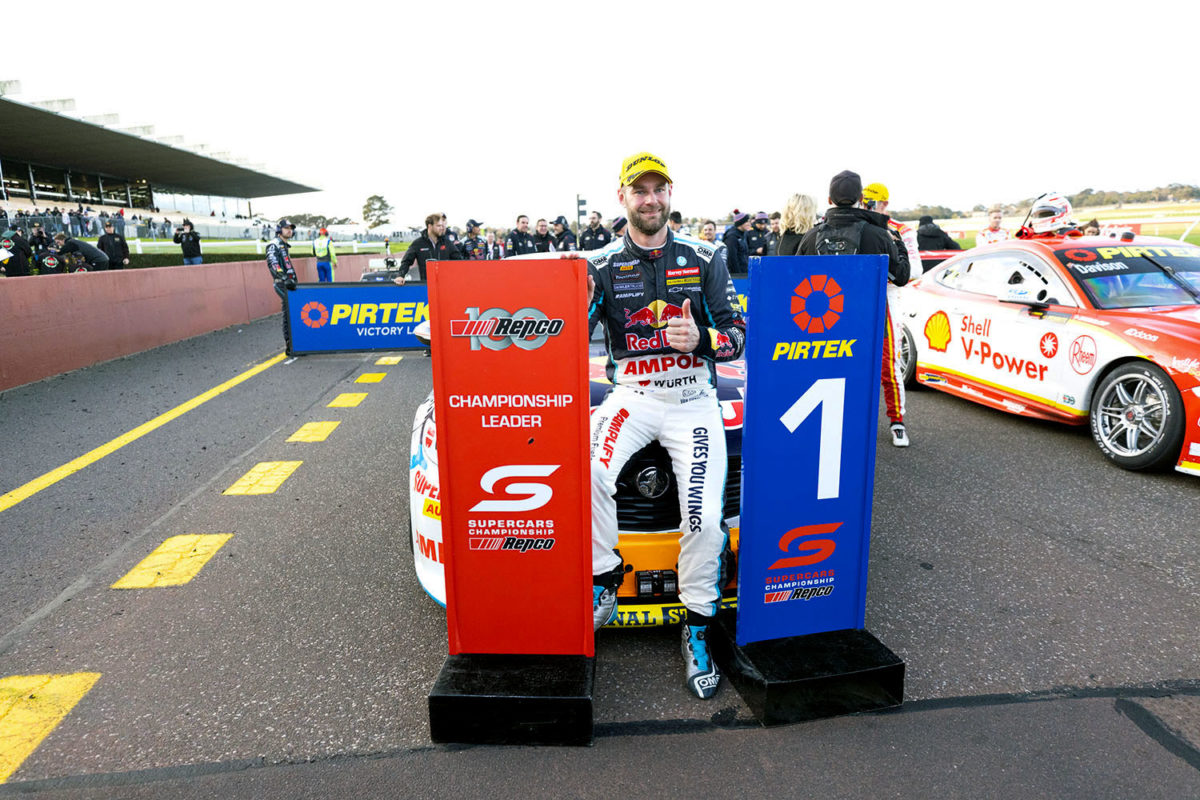 The Red Bull Ampol Racing driver won nine of the opening 14 races, but then didn’t grace the top step from Race 14 until Race 19 of the season.

The New Zealander won both races in Townsville before clean-sweeping The Bend last time out, too.

At Sandown this weekend, he won both races on Sunday after finishing second to Will Davison on Saturday.

It’s a run of seven wins in eight races, with yesterday’s second his worst result in that time.

He now holds a commanding position atop the championship standings, and is guaranteed to lead the title race regardless of what happens in Pukekohe next time out.

Last year’s championship winner holds a 500-point advantage over Cameron Waters, leaving him with comfortably more than a full race meeting in hand.

That marks a widening of the title fight by more than 100 points over the course of the Sandown weekend.

“It’s exactly been the goal for the last couple of rounds, I probably lost focus and was a bit too conservative at Winton and Darwin and didn’t race like I normally would have,” van Gisbergen said.

“Last three rounds have been full attack, and now I can go to Bathurst and just have a crack, and not even think about the championship. 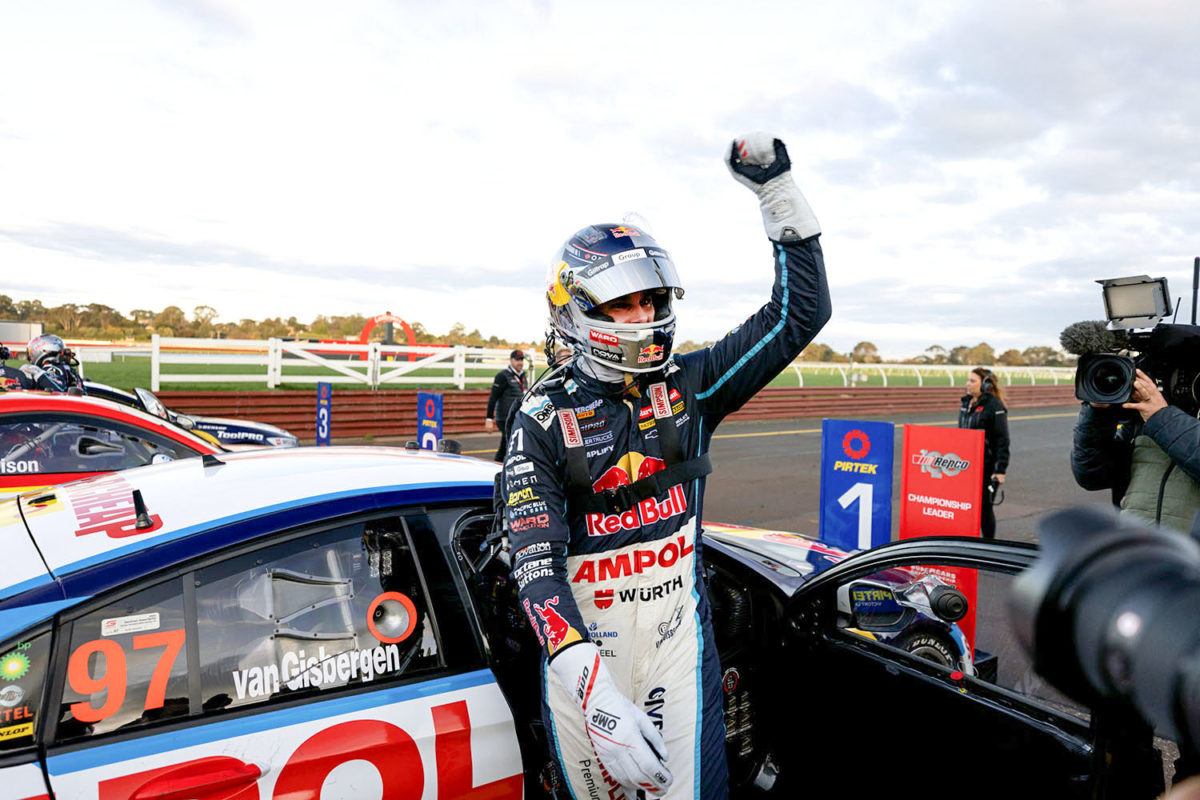 “He’s certainly stepped up this year,” said van Gisbergen of his Ford-shod rival.

“He’s a pretty good guy to race, one of the guys I more like racing.

“It’s been surprising the turnaround and speed this year, especially Anton [De Pasquale].”

De Pasquale had been running third in the opening exchanges of Race 26 before contact with his DJR team-mate effectively ended his race.

Though he saw the flag, he did so six laps down in 23rd place.

That incident came as van Gisbergen and Davison battled for the lead, an exchange the points leader enjoyed.

“It was a really cool battle,” he said.

“I knew it was going to be tough, and whoever led the first two laps probably had the best chance of winning the race.

“And with the dirt on the track, it was crazy slippery, but I knew being the first guy, you’d get the dirtiest track and it was going to be pretty tough.

“So I just went all out, and didn’t care about tyre life or anything – I just needed to get in front.”

Van Gisbergen made the move after a drag race out of Turn 4 on the second lap.

Though he would remain second to Davison at that point, exiting Dandenong Road he moved into lead.

“It’s pretty exciting over the top there, and it was big, bold stuff – and he didn’t let off either, it was really cool,” van Gisbergen recounted.

“Then, unfortunately, I think Anton got involved in the crash, so we lost one car from the battle. That sucked a bit.

“Then I tried to push, manage the speed, but he kept coming back at me.

“So this guy [Davison] was maybe slightly better, so then we went for the undercut, which is unusual for us.

“Then I just sort of managed to pace him, and then when he came out I went for it and just managed the gap on the little delta that we have and tried not to look in the mirrors, just focused on doing the lap times.

“He ran out of pace with about three or four laps to go.”

The final margin of victory in Race 26 was just 0.4611s, the gap having plateaued at about 0.7s heading into the final lap.

Supercars is next in action for the ITM Auckland SuperSprint with three races on the September 9-11 weekend.