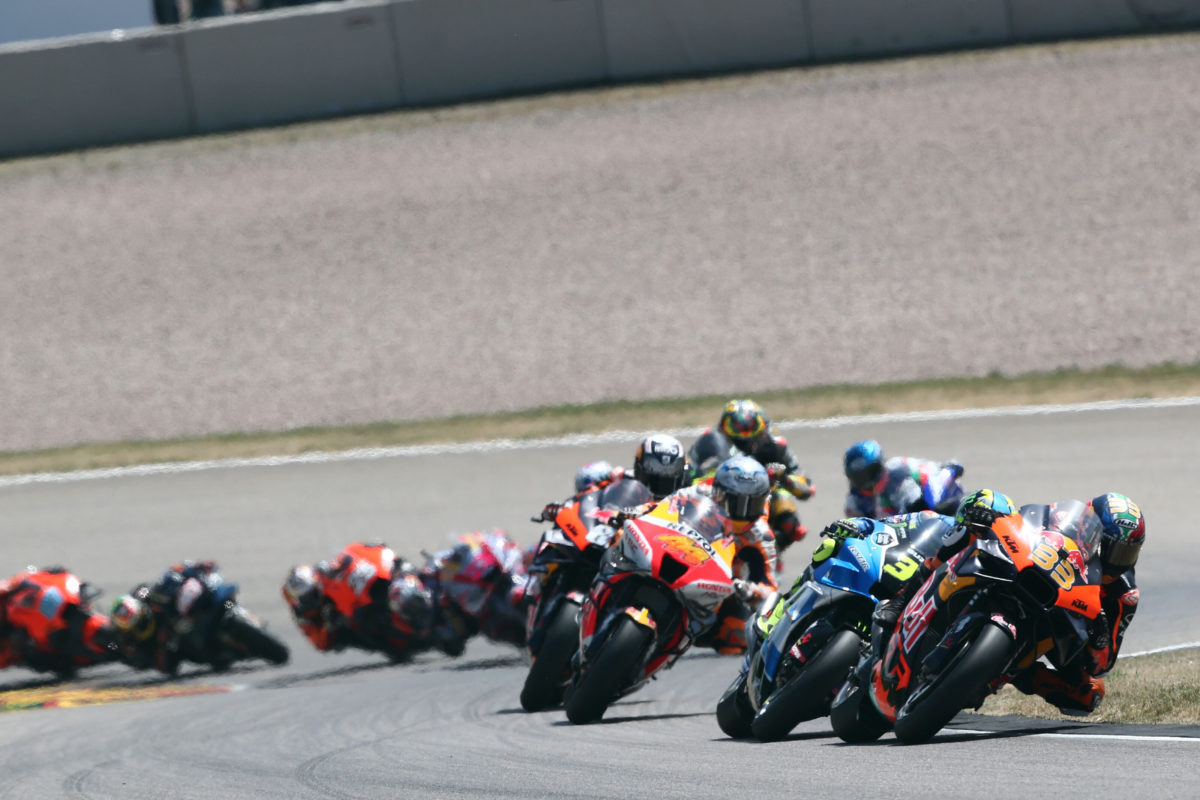 MotoGP at the Sachsenring

MotoGP has confirmed details of its new-for-2023 event format, following the announcement that sprint races will be held at all grands prix.

Friday action will still be comprised of two free practice sessions, although they will be longer than the 45-minute affairs of the present day by an as yet unspecified amount of time.

Saturday, however, is where the key changes occur.

One practice session will be dropped, with a half-hour Free Practice 3 hit-out which will be “similar to the current FP4” which exists for race set-up work and does not determine the starting order for qualifying.

FP3 will be followed by Qualifying 1 and Qualifying 2, with the Sprint Race to take place at 15:00.

Said sprint will be half of the full race distance, and pay approximately half the points (See below for points allocation), but the same sporting rules will otherwise apply.

In a departure from Formula 1’s sprint race format, Q1 and Q2 will set the grid for both MotoGP races of the weekend.

“Riders must be free to race on Saturday, without the need to consider their Sunday grid position,” read MotoGP’s format release, in part.

In another change to the timetable, each block of track activity will now be Moto3, followed by Moto2 and then MotoGP, at every point of the weekend.

At present, standard procedure is for Moto2 to go after MotoGP until race day.

Sunday will still be the big day, with what are being referred to as the “Grand Prix races” for all three classes.

MotoGP’s announcement also advises that, “The target will also be to have MotoGP as the last race on Sunday at each event, allowing for an improved podium ceremony, on-track celebrations and the possibility of fan track invasions at each venue.”

According to both Dorna Sports CEO Carmelo Ezpeleta and FIM President Jorge Viegas, the change is about improving the show at events.