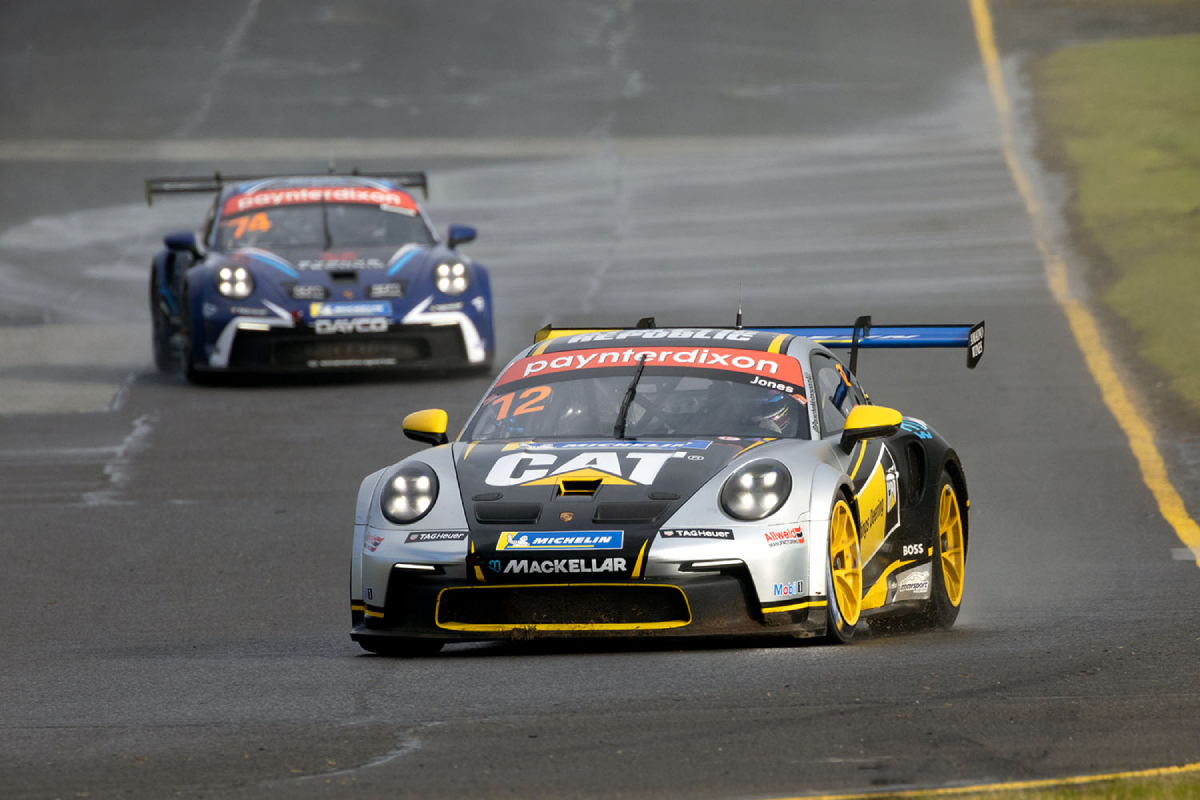 The McElrea driver had already amassed an unassailable lead in the Porsche Michelin Junior Championship heading into Round 6 at the Victorian circuit, following strong performances in the early rounds of this year’s season.

“The Porsche Michelin Junior Championship is what we’ve been working for since we joined Porsche Michelin Sprint Challenge in 2019, to have won the Junior title is a big tick for this year,” Jones said.

“Obviously we still have the outright Carrera Cup Championship to win as well, so that’s our full focus at the moment, but to potentially get the opportunity to go to the Global Shootout against the best junior Carrera Cup drivers from around the world, is a dream come true.

“I hope we can get the opportunity to follow in the footsteps of Matt (Campbell) and Jaxon (Evans), as we’ve all been supported by the McElrea team.”

As part of his prize, Jones receives a trip to Germany to attend the Porsche Motorsport Night of Champions Dinner in December 2022.

The main prize for the Michelin Junior driver is a nomination to attend the global Porsche Motorsport Junior Shootout in Europe, representing Carrera Cup Australia.

Jones’ rise up the Porsche pyramid first began with the Porsche Michelin Sprint Challenge title in 2019.