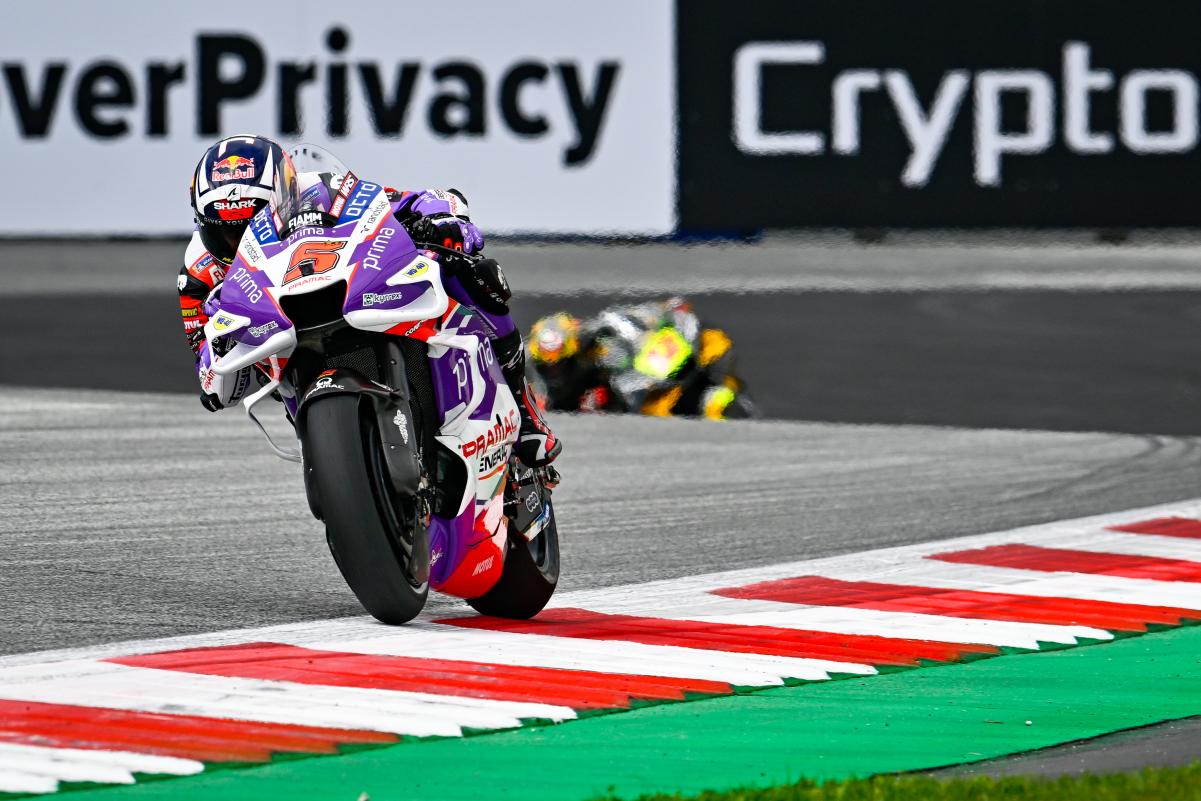 Johann Zarco has beaten Ducati stablemate Jack Miller to Friday practice honours at the Austrian MotoGP round by 0.024s.

Despite the introduction of a chicane at Turn 2 which dramatically slows the first and second sectors of the Red Bull Ring, the Bologna bullets dominated the opening day of Round 13.

Seven Ducati riders sat in the top eight at the end of Free Practice 2, the odd man out being championship-leading Monster Energy Yamaha pilot Fabio Quartararo, while Aprilia Racing’s Aleix Espargaro is in danger of going into Q1 after missing the top 10.

Miller had set the pace in Free Practice 1 with a 1:30.756s and while his margin over the field was a big 0.618s, the track was still drying during that session after morning rain and hence the time would quickly be knocked off in the afternoon running.

It took fellow Ducati Lenovo Team rider Francesco Bagnaia three flying laps to do so when he clocked a 1:30.591s, and Quartararo had got the benchmark down to a 1:30.285s with just over 10 minutes elapsed.

Light rain began to fall with around 10 minutes to go but, with new Michelin slicks fitted to at least the rear of their Desmosedicis, Jorge Martin, Miller, and finally Zarco punched out new fastest lap times.

Ducatis locked out the top six at one point, before Quartararo set a 1:29.877 good enough for fourth.

Maverick Viñales (Aprilia Racing) and Brad Binder (Red Bull KTM) rounded out the top 10 but Espargaro is only 11th, a concern for the title contender considering the possibility of rain on Saturday morning which would have the effect of locking him into Qualifying 1.

Espargaro and Bagnaia were among those to run wide at the new chicane during FP2, while Tech3 KTM’s Raul Fernandez crashed there, Red Bull KTM’s Miguel Oliveira went down between Turns 9 and 10, and Viñales had an excursion at Turn 4.