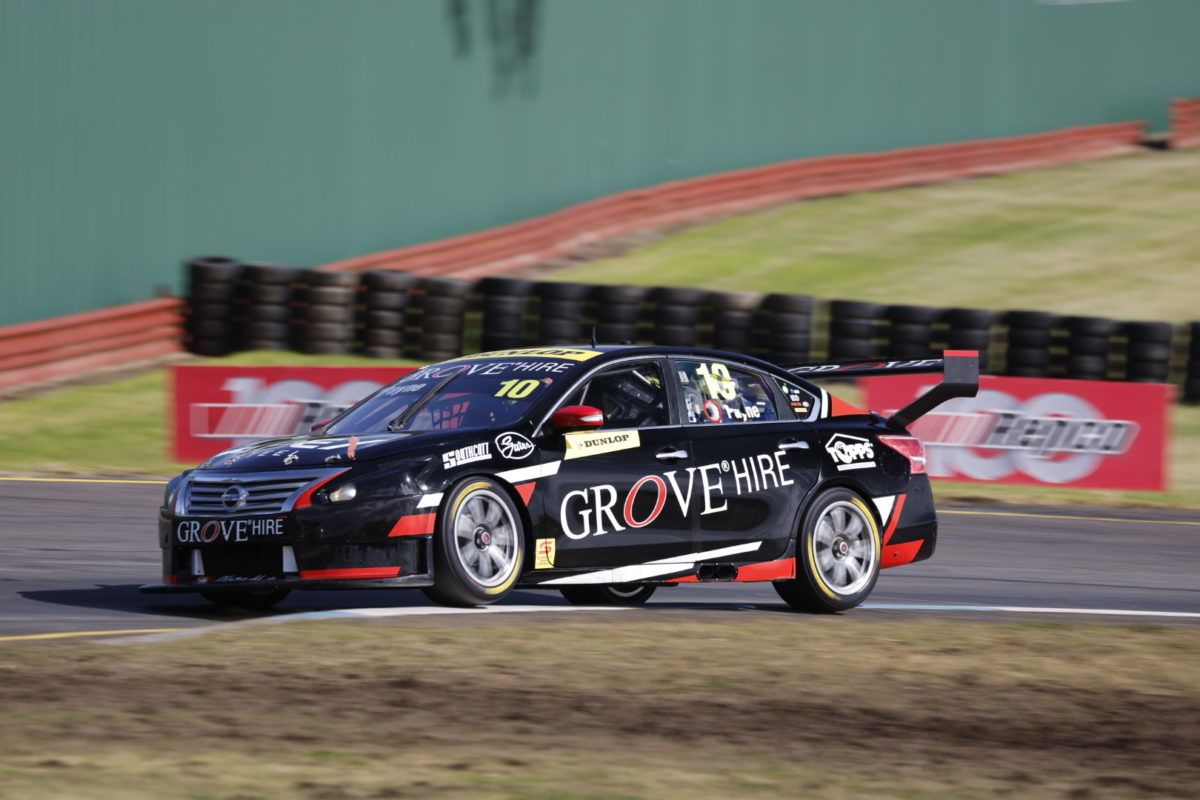 Matt Payne secured pole position with a lap completed just seconds before a session-ending red flag closed out Qualifying for the Dunlop Super2 Series at Sandown.

Matt McLean went deep at Dandenong Road with little more than a minute left in the two-part qualifying session to force an early end to qualifying for Race 1 of the weekend, Payne completing his lap just prior to officials drawing a halt to proceedings.

It left the Grove Racing co-driver on pole, joined by Tyler Everingham on the front row, while Kai Allen snagged the Super3 pole.

The split session saw the Super3 field out for the opening 10 minutes of the session, the circuit dry for the most part through damp patches remained in places.

The Super3 session was halted with two minutes remaining when Blake Fardell got stuck on the slippery grass and mud after running off at Turn 1.

Following the restart, Vaughan improved to a 1:12.3134s, a mistake exiting the final chicane costing him.

The Super2 field headed them out next, Cameron Hill having already run off the road on the sighting lap to the pit lane before the session had formally begun.

The red flag was quickly shown when Elly Morrow spun at Turn 2, losing control over the kerb to spin, then becoming stranded as she recovered the car on the wet grass.

Just over six minutes remained as cars rolled back out after the restart, prompting something of a battle for track position.

Hill set to purple sectors to the back straight, converting that to provisional pole with a 1:11.1243s.

That put him ahead of Zak Best and Declan Fraser after their opening efforts, while a mistake from Angelo Mouzouris saw him run deep at Dandenong Round and tour the gravel.

Payne rose to third with two minutes remaining, catching traffic in the final sector of the lap to bank a 1:10.8483s.

Inside the final minute, McLean drew the red flag shortly after Payne had recorded 1:10.1828s.

The session ended as a result, Payne on pole from Everingham, Best, Matt Chahda, and Jack Perkins.

Allen’s Super3 best will see him start 14th in the 34-car field.