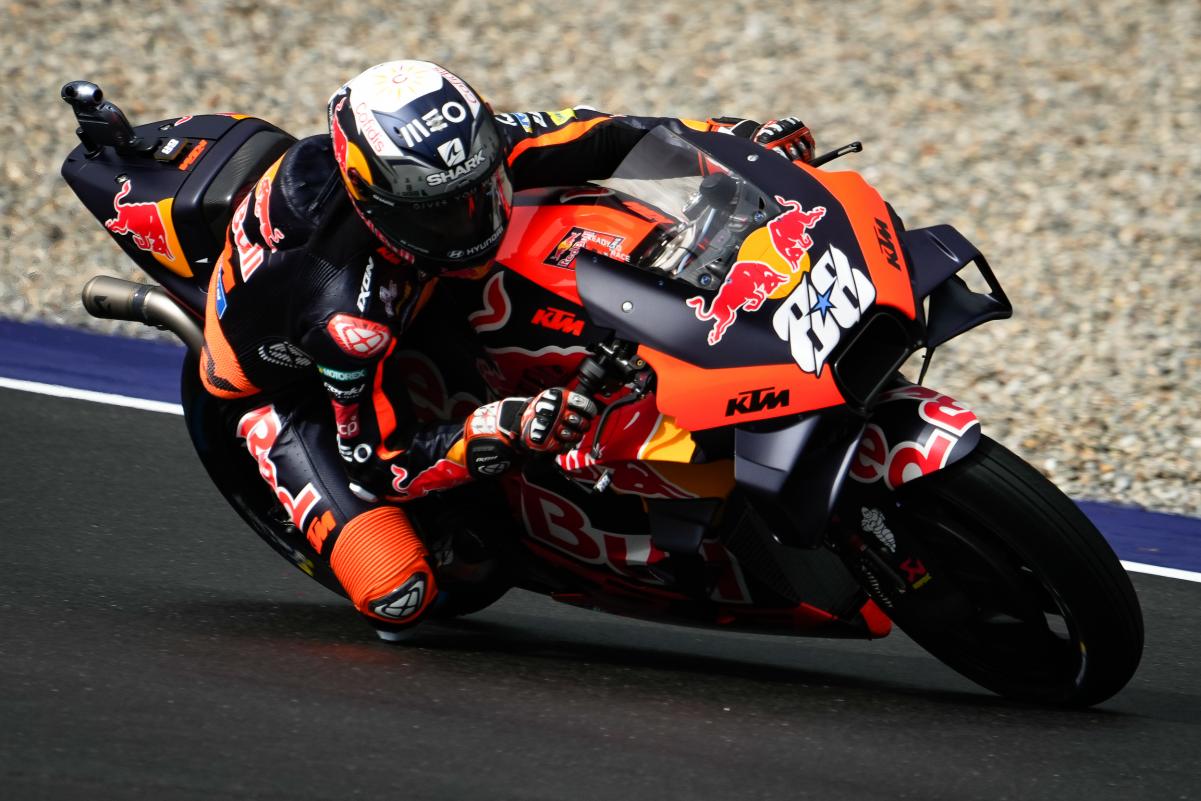 KTM has revealed that it is putting a new contract proposal for the 2023 MotoGP season to Miguel Oliveira, a deal which would see Remy Gardner ousted from Tech3.

The 2021 Moto2 champion had seemed likely to keep his spot at the Herve Poncharal-run squad, although it recently became apparent that KTM is considering replacing him with current Moto2 championship leader Augusto Fernandez.

However, a far bigger bombshell has now been dropped in conjunction with the announcement that Tech3 will become the factory team of sister marque GasGas next year.

Already, former KTM and current Honda rider Pol Espargaro has been confirmed at the GasGas Factory Racing Team but, in a special press conference to proclaim those two pieces of news, the marques’ Motorsports Director, Pit Beirer, created an even bigger story.

“The second rider in the team, we cannot confirm yet,” said Beirer.

“There is still also a chance to keep our friend Miguel in the family, so nothing’s decided for the moment, so let’s wait a little bit more.”

The Austrian marque needed to move Oliveira out of Red Bull KTM Factory Racing to make room for Jack Miller’s arrival from Ducati, given Brad Binder is contracted to the end of the 2024 season.

Unsurprisingly, the four-time MotoGP race winner was put out by the idea of a demotion to the satellite team, notwithstanding that it effectively functions as an extension of the works team and is even branded ‘Tech3 KTM Factory Racing’.

“I told the [KTM] management that I do not accept the Tech3 spot and I want my factory seat,” said Oliveira in May.

However, Beirer thinks that, with Tech3’s new status out in the open, the Portuguese rider could be tempted to stay in the KTM/GasGas family.

“We are just repeating our offer and we keep him in the loop,” he explained.

“We know it’s maybe not the most easy chance and he maybe did at the beginning not understand what the future could bring, but today it’s a bit more easy to talk about the future.

“If you see the bike, the project, and you can name it the factory team – and he could be also a leader for the young riders to show the option, because it needs to fit for everybody…

“But yes, he will have a new proposal today.” 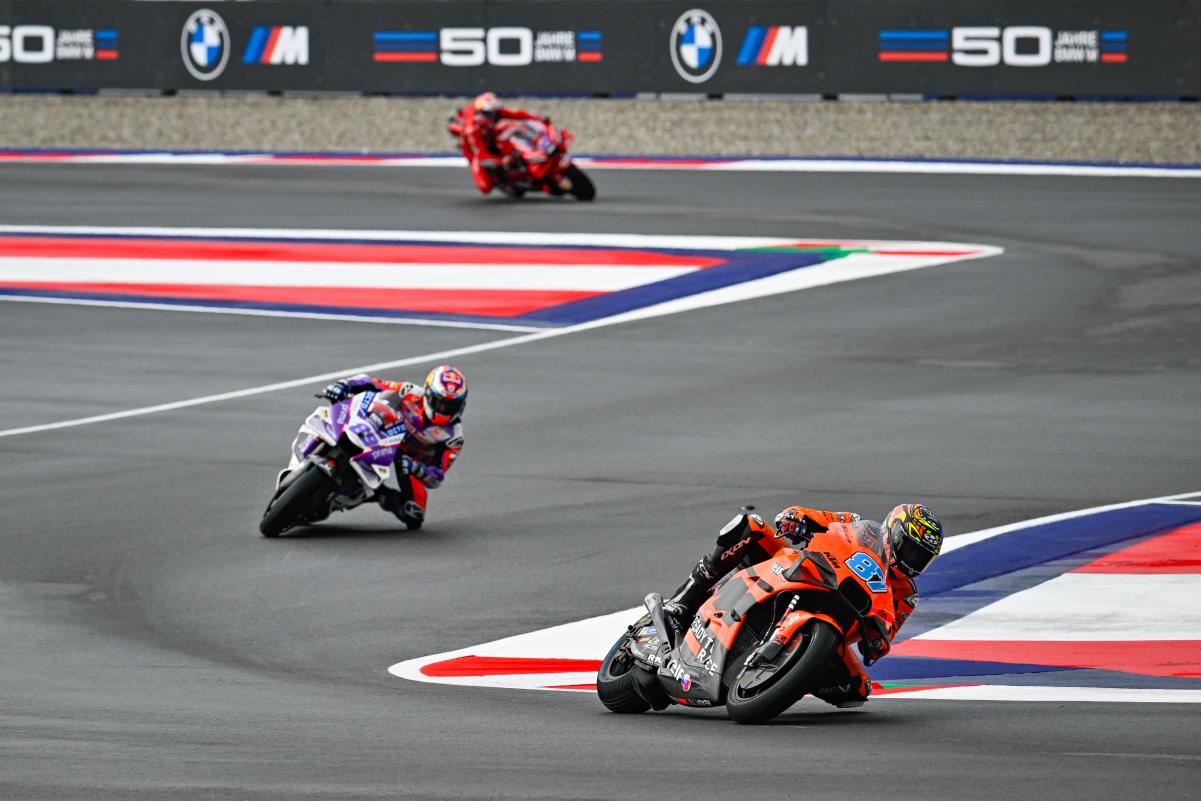 Oliveira held talks with Ducati team Gresini Racing but, as that door shut with the renewal of Fabio Di Giannantonio and new signing of Alex Marquez, he emerged as one of the likely riders to join RNF for its first season with Aprilia machinery.

He is now open to the possibility of staying with the Pierer Mobility Group which competes across the grand prix classes as KTM, GasGas, and Husqvarna.

“It’s something new from today,” Oliveira told MotoGP’s official website just after the conclusion of Friday practice at the Austrian Grand Prix.

“Of course, the offer is not yet on the table but they, for sure, reinforced their intentions of me staying within the family.

Gardner’s current team-mate at Tech3, Raul Fernandez, looks like heading to RNF, and speculation of an exit from the KTM ranks was bolstered when its CEO, Stefan Pierer, declared the Spaniard’s entourage a “disaster” in a recent interview with German media.

Gardner and Fernandez finished 23rd and 25th respectively in Friday practice at the Red Bull Ring.