MotoGP to introduce sprint races in 2023

MotoGP to introduce sprint races in 2023 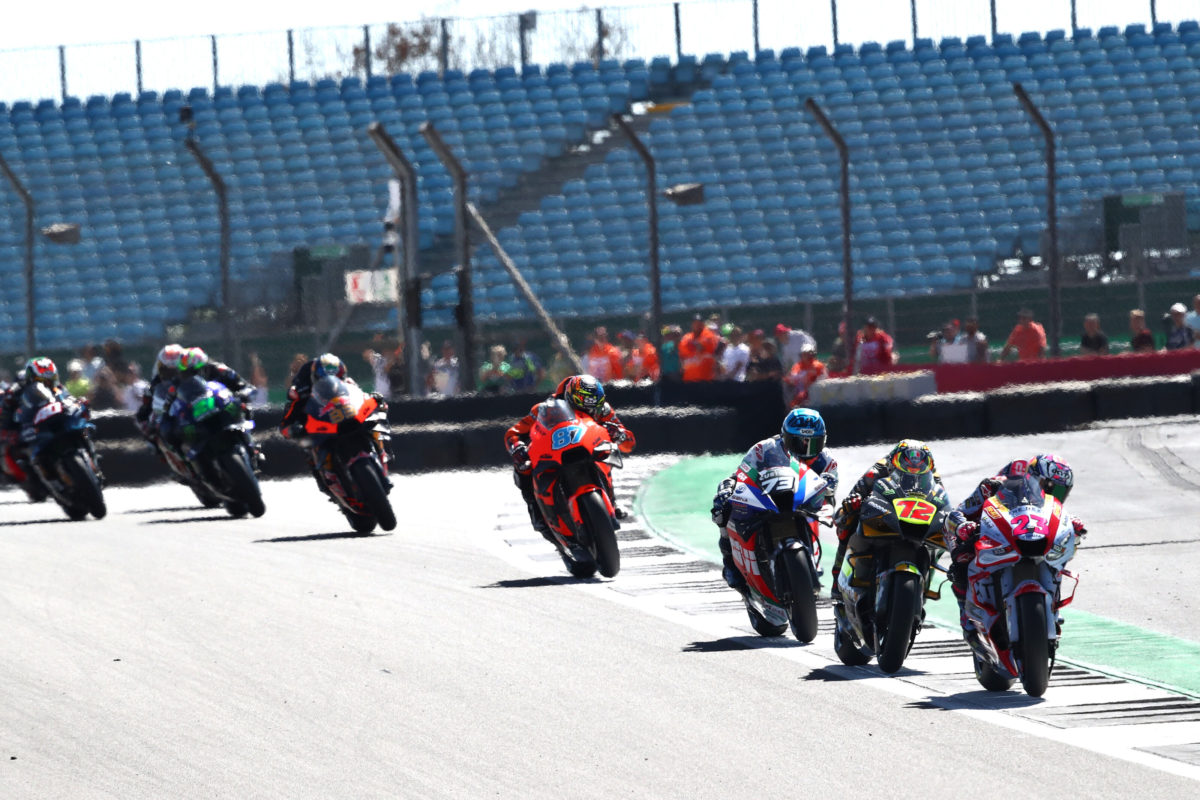 MotoGP has announced it will introduce sprint races at all events next year.

In a departure from the long-established format, the world’s premier motorcycle championship will hold sprint races on Saturday afternoon of grand prix weekends.

A longer race will then be held on the Sunday afternoon as usual.

Unlike Formula 1’s partial move to a two-race format, however, the grid for the feature race will be set on the basis of qualifying results rather than those of the sprint encounter.

“We are going to introduce, starting next year, a sprint race on the Saturday afternoon of every Grand Prix; not like in Formula 1, in every Grand Prix,” said Jorge Viegas, FIM President.

“We think that after two years of COVID, when all of us made incredible sacrifices to keep having this so important Championship, it’s time to give more exposure.

“We need more spectators, we need a better show, and we need to fulfil the Saturdays.

“This sprint race will not count for the grid; the grid is defined by the practice, by the qualifying.”

Carmelo Ezpeleta, CEO of Dorna, MotoGP’s commercial rights holder, added: “It’s very important to us to offer a new schedule which will, in our opinion, improve our presence in all the grands prix.

“This has been something discussed obviously with the FIM, with the manufacturers, and with the teams, and then yesterday, I talked with the riders in the Safety Commission.

“Even if the Safety Commission is for safety, since the beginning, it has been very proud to talk with the riders about different things.

“Obviously the matter to inform the riders is something that must be made by these individual teams, but yesterday we had some discussions and I’m very happy to leave to the President of the FIM to announce what we want to announce today.”

The sprint race will be worth half that of the grand prix proper in terms of both distance and championship points.