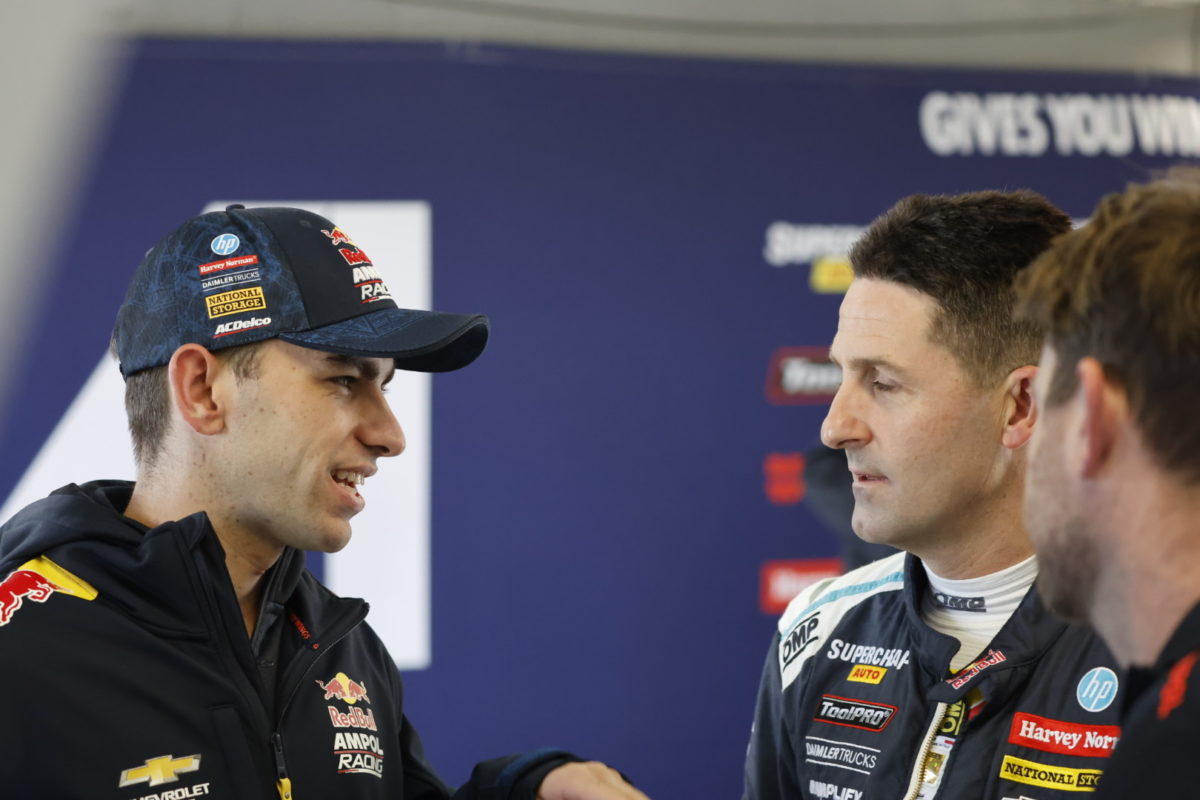 The seven-time Supercars championship winner stepped aboard the Red Bull Ampol Racing Commodore for Practice 2 of the weekend.

It marked his first serious outing since hanging up the helmet on his full-time career at the end of 2021.

The 39-year-old demonstrated there were few cobwebs despite his lack of running this season, topping the 40-minute hit out from team-mate Garth Tander, who is again partnered with Shane van Gisbergen.

“We actually had a really good day, enjoyed it,” Whincup said.

“Just to be able to go out there and just have a free swing and a bit of a Friday Fang, as you’d call it, to cut some laps.

“So it’s actually really enjoyable, but most importantly, the car felt good.

“That gives us confidence that we if we do a good job in engineering land we should have two competitive race cars.

“I’m actually enjoying joining a bit of a blast from the past,” he added.

“It’s difficult when you don’t drive the car all year, although it’s exactly the same chassis as what I raced last year.

“Broc’s changed the ergonomics quite a bit, so you feel a bit foreign, you’re not in your car, but you’re wobbling around to try to produce your lap time.

“All in all very enjoyable.”

Whincup has had limited mileage throughout the current season, having performed driving duties at the Australian Grand Prix as part of the Speed Comparison support show.

Working as co-driver to Feeney this weekend, it’s meant the Triple Eight General Manager has had to step back from his day-to-day role.

“I’m on a day in lieu from the General Manager’s role,” he joked.

Feeney returns to the driver’s seat for the balance of the weekend, and will next be on track for Practice 3 at 10:20 AEST on Saturday.