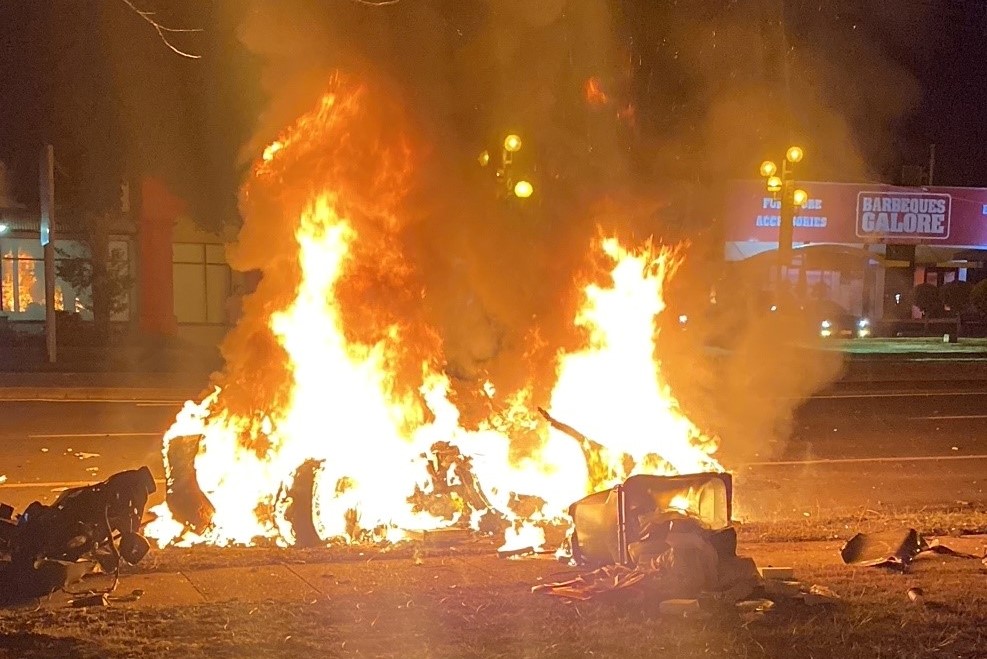 A man understood to be a race car driver, and his passenger, have escaped serious injury in a fiery Gold Coast crash which destroyed a McLaren road car.

The driver of the vehicle allegedly lost control at a roundabout in the suburb of Bundall, late last night, and crashed into a telegraph pole, Queensland Police has advised.

Such was the impact, the pole snapped at its base while the McLaren quickly became engulfed in flames.

Nearby residents heard the collision and rushed to help, pulling the driver and passenger out of the burning vehicle.

The Queensland Ambulance Service’s (QAS) Adam Flory told reporters, “These people have done a great job at putting themselves in harm’s way to save these people from serious injuries.”

A QAS media alert advised, “Paramedics, including the High Acuity Response Unit and critical care paramedics, attended a single-vehicle crash resulting in a vehicle fire on the corner of Ashmore Road and Upton Street at 10pm.

“A male patient in his 30s was transported in a stable condition with a leg injury to Gold Coast University Hospital.

“A female patient in her 30s was transported in a stable condition with a head injury to Gold Coast University Hospital.”

It has since been advised that the male driver sustained a broken leg and burns, but both occupants are “lucky” their injuries were not worse, according to Flory.

It is understood that the driver in question is Gold Coast-based Chris Pappas, who was due to contest Round 4 of the TA2 Muscle Car Series framed by Hytek at Queensland Raceway this weekend.

Police are investigating the incident. 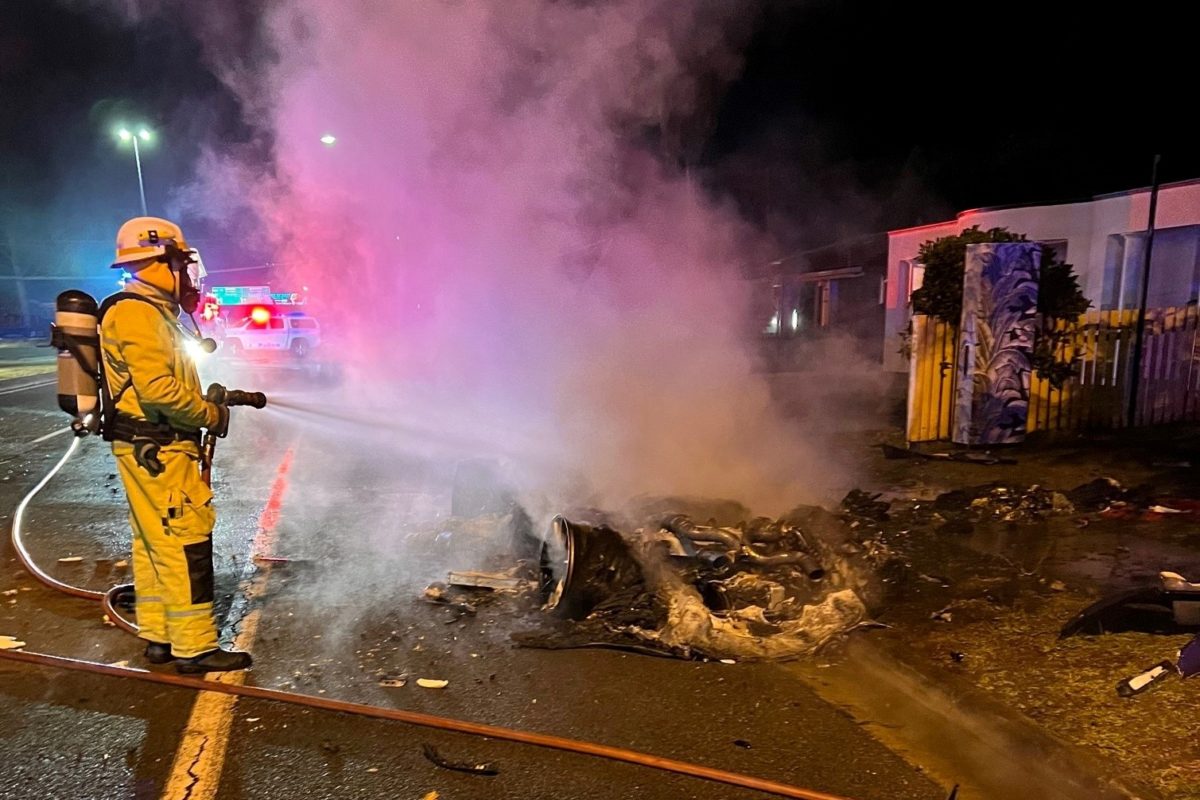