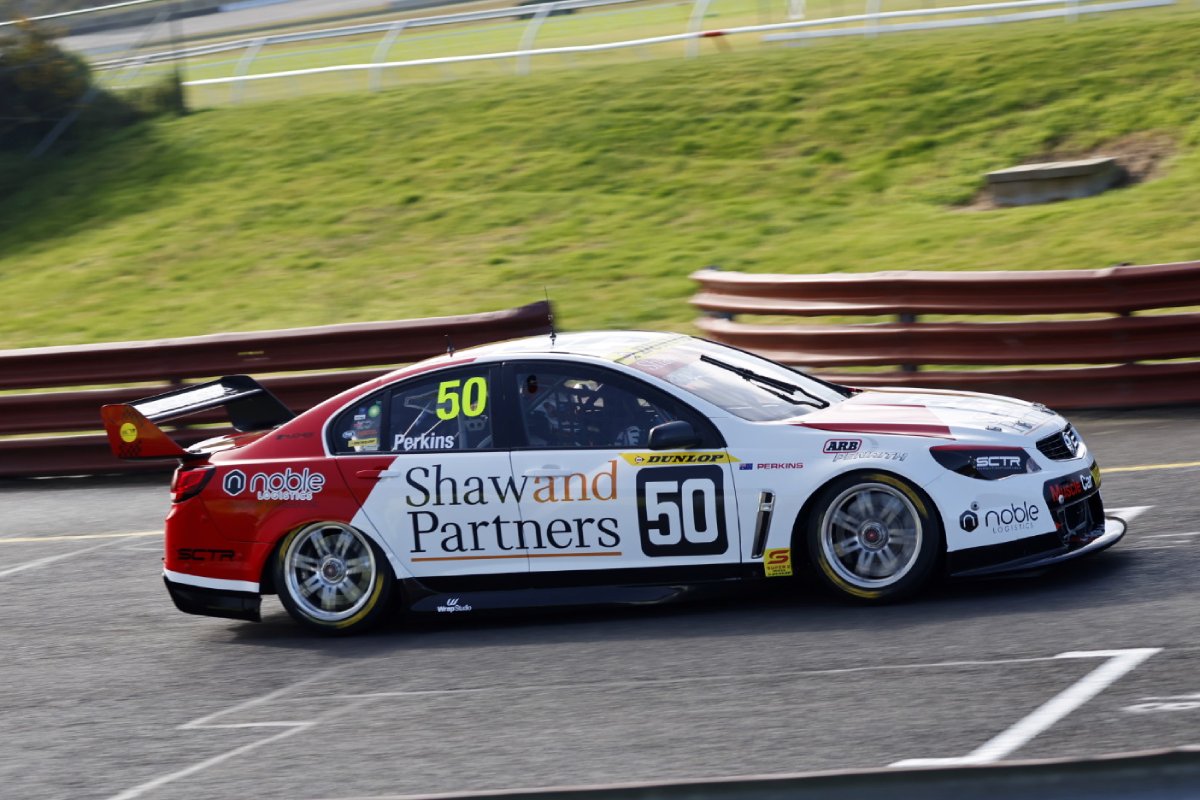 Jack Perkins has ended the opening Dunlop Super2 Series session of the weekend at Sandown fastest from Cameron Hill.

Two red flags punctuated the 40-minute affair, and saw it conclude three minutes early, though not before Perkins logged a 1:10.0245s.

Kai Allen was the leading Super3 contender, ending the session 15th outright with a 1:11.3472s.

Hill was the first to set a lap, his initial effort nothing more than an exploratory effort resulting in a modest 1:20.4666s.

Those behind him on track duly went faster, Jaylyn Robotham moving to the top of the heap with a 1:14.7775s, before Matt McLean usurped it with a 1:12.6187s inside the opening five minutes.

Predictably, times continued to tumble as the session wore on, Angelo Mouzouris having a spell at the top of the timesheets until Hill’s erroneously recorded best of 0.5344s was updated to a 1:11.2624s.

Just prior to the nine-minute mark, the red flag was shown when Cameron Crick came to a stop in the first sector.

That interruption lasted 10 minutes, proceedings resuming with a shade over half the session still to run.

That lasted less than a minute as Declan Fraser, Mouzouris, and Fiore all improved.

It was a busy period on track with Perkins himself then going faster still, bringing the benchmark time down to a 1:10.3560s

That effort was 0.1668s quicker than Fiore, while Hill slipped to sixth with his own best having remained unchanged from early in proceedings.

In Super3, Allen headed the field, sitting inside the top 15 outright inside the final 15 minutes of the session.

Best then had a spell at the top of the timesheets, 0.0363s quicker than Perkins as the session edged towards its final 10 minutes.

With eight minutes to run, Perkins recorded the fastest opening and second split of the session.

He went on to translate that into the fastest lap, shooting to the top with a 1:10.0245s, almost a third of a second clear of the pack.

Elsewhere, there were few drivers improving beyond the odd personal best sector, though Hill rose back up the order to fifth with a 1:10.5448s with six minutes remaining.

He went fastest still inside the final four minutes to improved to second best, his 1:10.2124s leaving him 0.1879s down on Perkins.

A second red flag ended proceedings, this time for Zane Morse and once again in the opening sector.

With insufficient time to restart the session, it was duly declared early.

Super2 has a second practice session today, returning to the circuit at 13:55 AEST.