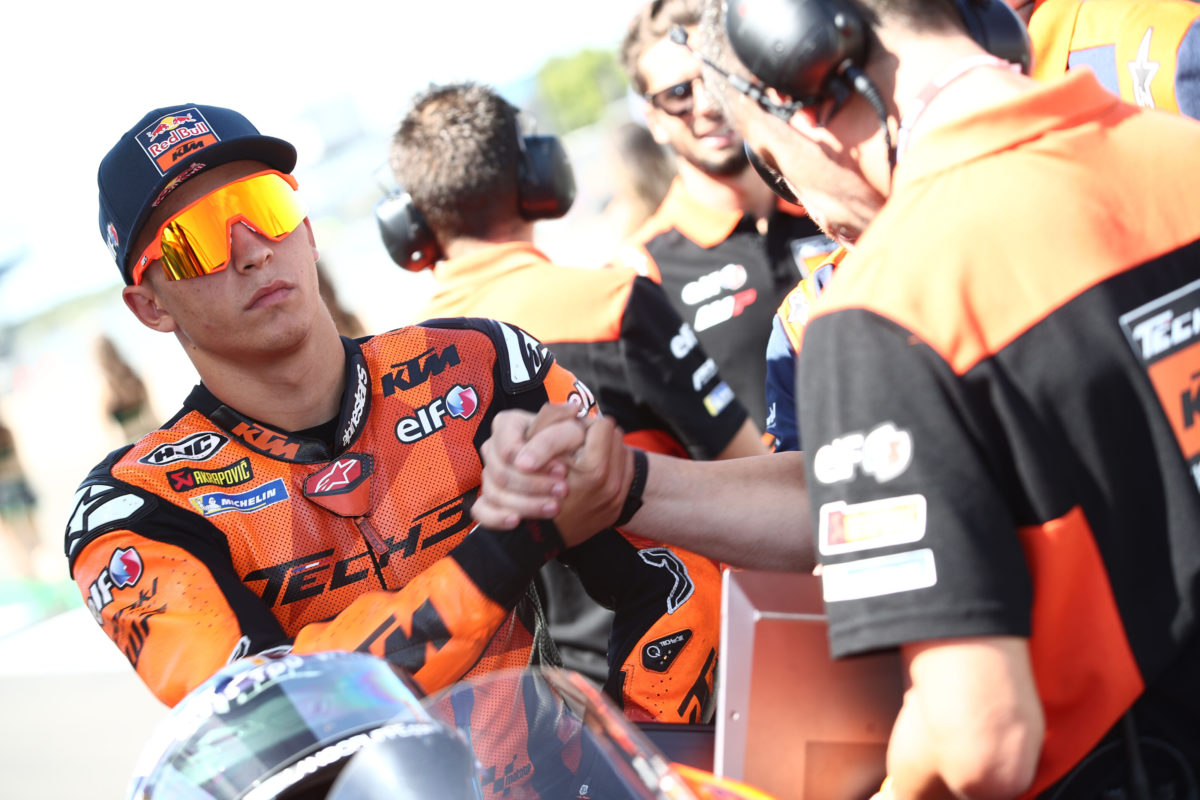 KTM CEO Stefan Pierer has labelled Raul Fernandez’s entourage a “disaster” as the MotoGP rookie looks set for an exit from Tech3.

Fernandez made the step up to the premier class with high expectations on him after pushing team-mate and eventual Moto2 champion Remy Gardner all the way in his single season in the intermediate class.

However, the 21-year-old has been a disappointment at MotoGP level, taking nine rounds to even score a point (having missed two races due to injury in that period), and only finishing in the top 15 once more in the three races since.

He has just five points to his name, compared to Gardner’s nine, with the Tech3 duo the bottom two of the 24 regular riders in the field.

While Gardner’s future is uncertain, with his seat seemingly under threat from Augusto Fernandez (no relation), Raul Fernandez is considered highly likely to be on the way out anyway, to ride an Aprilia for RNF Racing next year.

The Spaniard’s father has been outspoken about KTM, which holds the contracts for both Tech3 riders, while his management team has also proven difficult.

The situation has left the Austrian marque disappointed that its investment, which extends to putting brother Adrian Fernandez in Tech3’s Moto3 team, has gone to waste.

“We did everything for him; we even hired his brother for the Moto3 World Championship.

“We did everything possible to give him a good all-round package. Disappointing, yes.

“We absolutely expected more from Raul, but such disappointments are also part of doing motorsport.”

KTM is reportedly after as much as a million Euros from Fernandez to get out of his deal, and while Pierer would not specify an amount, he did confirm they will demand some compensation.

Pol Espargaro is expected to be announced as returning from Repsol Honda to the Mattighofen manufacturer’s ranks as soon as at this weekend’s Austrian Grand Prix, which takes place at the Red Bull Ring.

With Jack Miller and Brad Binder already locked in at Red Bull KTM Factory Racing in 2023, Espargaro would be headed to Tech3, which is tipped to be switching to the branding of sister marque GasGas next year.