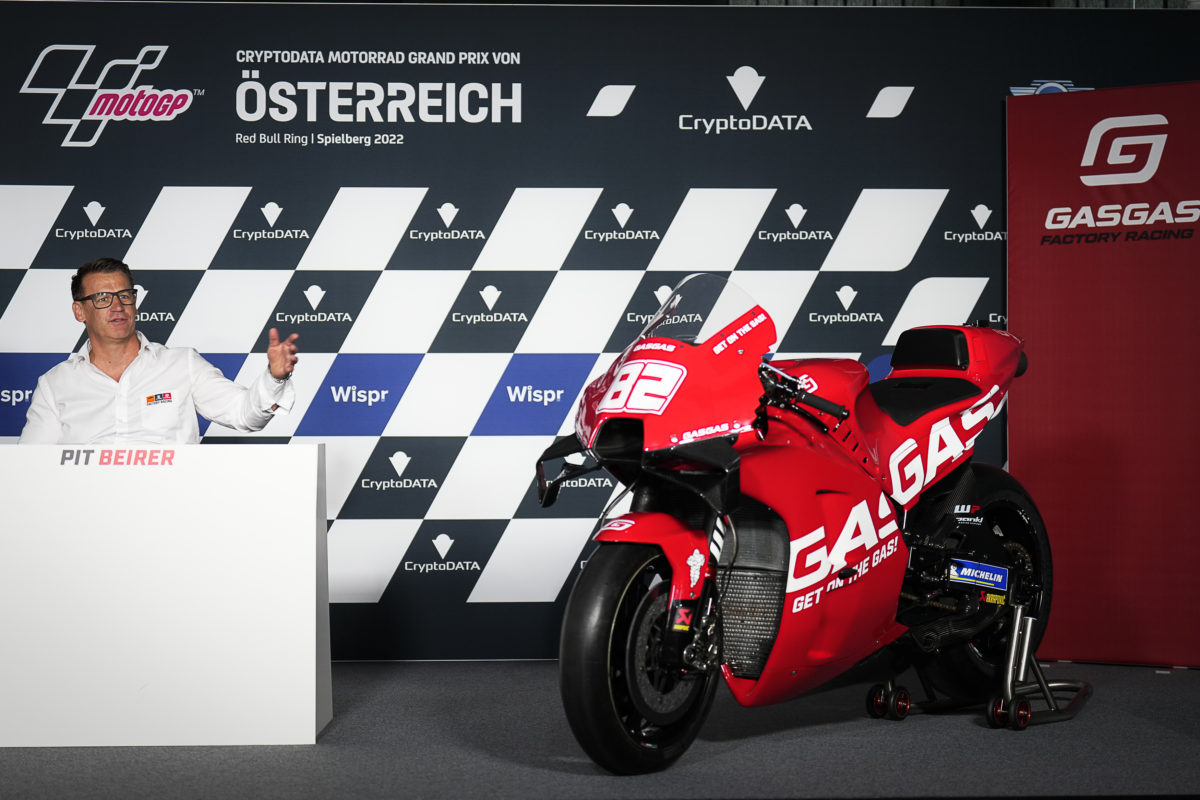 Pit Beirer with an RC16 in GasGas colours

KTM satellite team Tech3 will compete as the GasGas factory squad from the 2023 MotoGP season, with Pol Espargaro confirmed as one of its riders.

The Herve Poncharal-owned team has functioned as an extension of KTM’s works squad since switching its allegiance from Yamaha in 2019, and will remain within the Austrian marque’s family despite taking on a new identity next year.

GasGas is in fact one of the sister brands within the Pierer Mobility Group and Tech3 will continue to field RC16 motorcycles, despite trading orange hues for red.

The deal marks an expansion of the Spanish marque’s presence in grand prix competition given it already competes in partnership with the Aspar Team in Moto2 and Moto3, occupying the top two championship positions in the latter.

Furthermore, GasGas Factory Racing won the Dakar Rally for the first time back in January, courtesy of Sam Sunderland on a KTM 450 Rally Factory Replica.

Pit Beirer, who is both KTM’s and GasGas’s Motorsports Director, said, “GasGas is a winning brand.

“It has reached an incredible level of performance immediately in disciplines like MXGP, Supercross, Enduro and Rally where we have taken Grands Prix, Main Events, world titles and overall winners’ trophies.

“It’s a relatively new brand for us and we have new goals. We hope the fans that follow ‘the red’ will enjoy the story.

“Thanks to our strong partner, the Aspar Team, in Moto3 and Moto2, we have been able to see the GasGas bikes right at the front of those categories. It would be great to see the same thing eventually in the hardest class of them all.

“I want to thank Herve and the Tech3 Factory Racing team for keeping an open mind and really supporting this change to become the GasGas Factory Racing Team. We think it’s exciting and different.”

Poncharal is thrilled with his team’s new status. 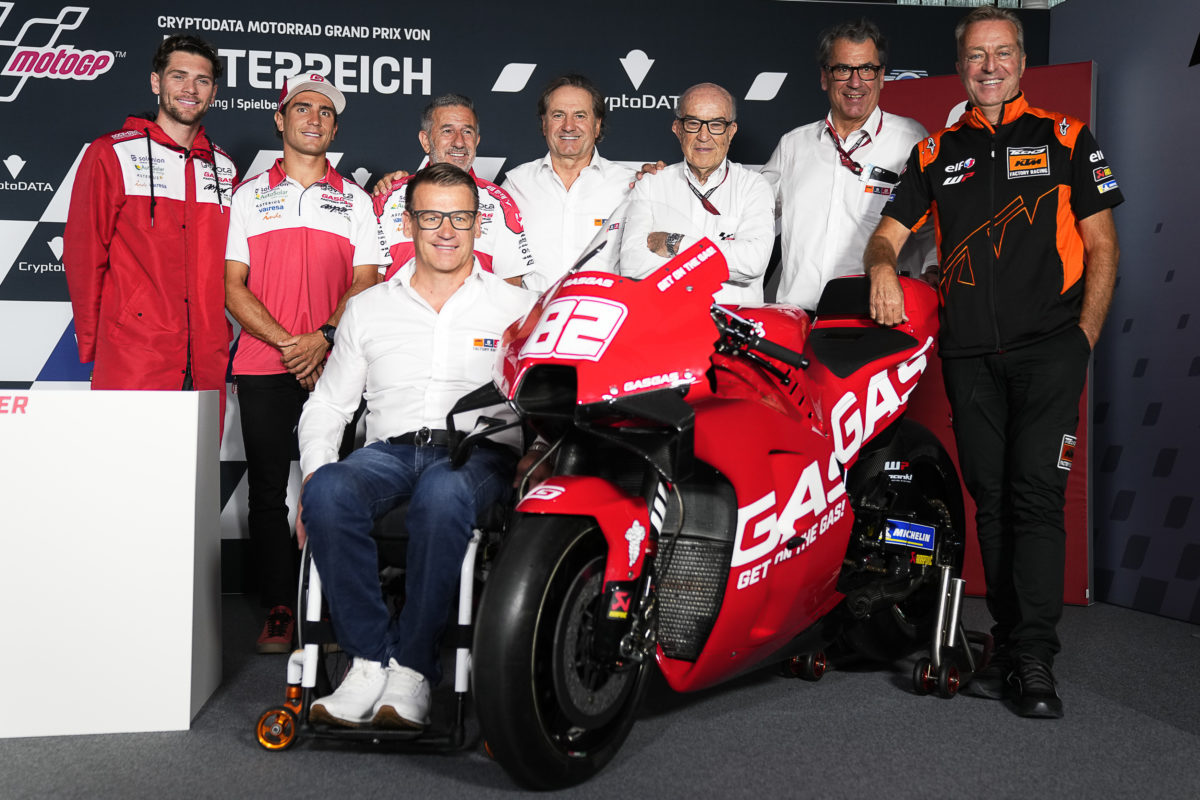 “We can see every single Sunday on the MotoGP podium that they are more and more.

“To be a full factory GasGas team is a big source of pride.”

Having left the Red Bull KTM Factory Racing Team for Repsol Honda at the end of 2020, Espargaro’s new contract not only marks a return to the Austrian firm’s ranks.

It also takes him back to the team with which he spent his first three years in the premier class, a point noted by Poncharal.

“We can’t wait to start working with him, and I think he will be a perfect ambassador for the GasGas brand,” he said of the 2013 Moto2 champion.

“So, this is like a fairytale; welcome back, Pol.

“I’m over the moon and I think this GasGas MotoGP project couldn’t start better than with Pol.

“So, this is fantastic news and I just can’t wait to be in November [post-season].”

The other GasGas rider is yet to be decided, although Tech3 incumbent Remy Gardner remains in the mix.

His current team-mate Raul Fernandez, on the other hand, appears almost certain to depart, most likely for future Aprilia satellite team RNF Racing.