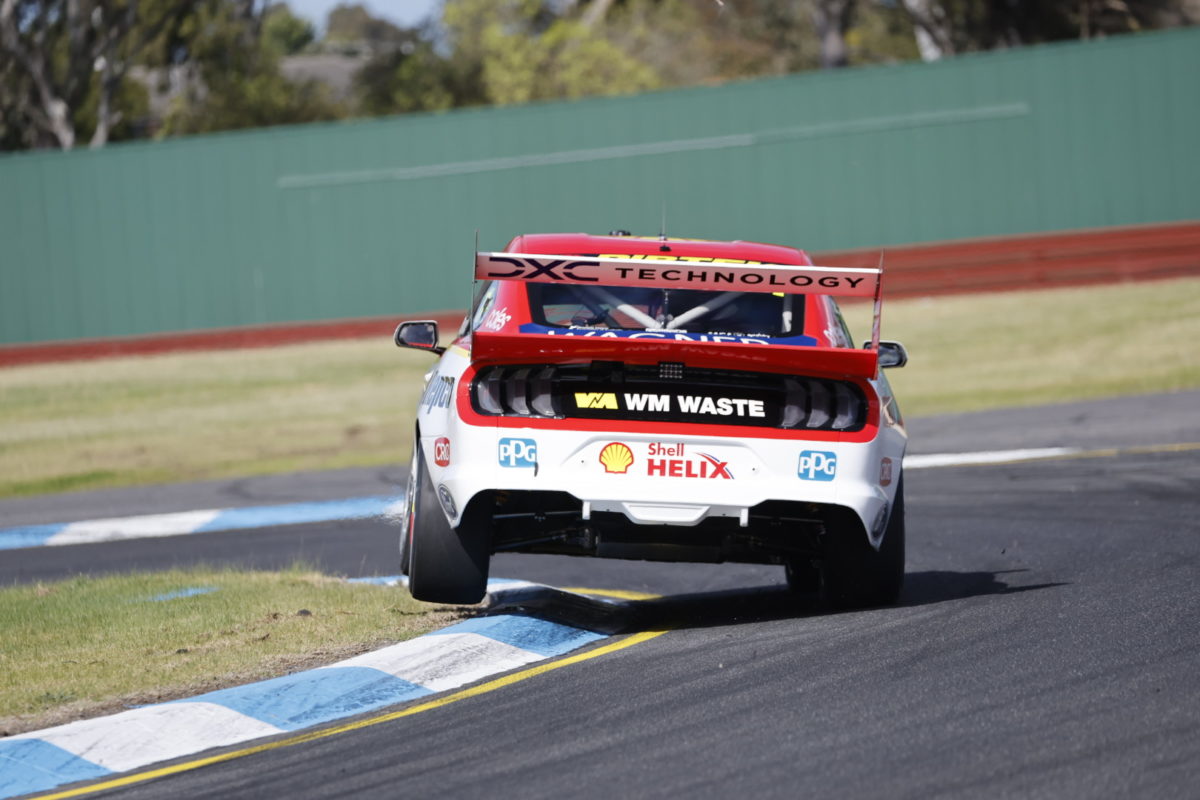 Will Davison has gone fastest by two tenths of a second in the only all-in Repco Supercars Championship practice session on the opening day of the Penrite Oil Sandown SuperSprint.

Davison was prominent throughout Practice 1 and would wheel the #17 Shell V-Power Racing Mustang to a 1:07.8087s on his final lap of the half-hour hit-out.

Walkinshaw Andretti United’s Chaz Mostert was 0.2183s off the pace in the #25 Mobil 1 Optus ZB Commodore, with Anton De Pasquale making it both Dick Johnson Racing entries in the top three on the timesheet.

The start of the session was delayed by 10 minutes before the 25 cars were given the green light to exit pit lane under a mostly sunny Melbourne sky.

Scott Pye (#20 Nulon ZB Commodore) gradually moved the benchmark to a 1:08.3658s on his second run, but van Gisbergen reclaimed the ascendancy with a 1:08.2467s at the halfway point of proceedings.

Both were usurped by Davison when the newly re-signed DJR driver clocked a 1:08.1472s, minutes later, then van Gisbergen went top again with a 1:08.1469s on his third run.

However, with this afternoon’s second practice session for Additional Drivers only, Triple Eight Race Engineering, DJR, and seemingly others had new super soft tyres waiting for their cars as they went after qualifying simulations.

Mark Winterbottom (#18 Irwin Tools ZB Commodore) claimed fourth on a 1:08.0639s while van Gisbergen ended up fifth having tripped the kerb sensor while personal-best to the second sector on his final flyer.

Lee Holdsworth (#500 Penrite Mustang) had an early oil fire on his way to 18th, while Thomas Randle (#55 Castrol Mustang) was classified 24th having experienced a steering issue in the chassis which he has moved into after his big shunt at The Bend.

Practice 2 is scheduled to start at 15:20 local time/AEST.