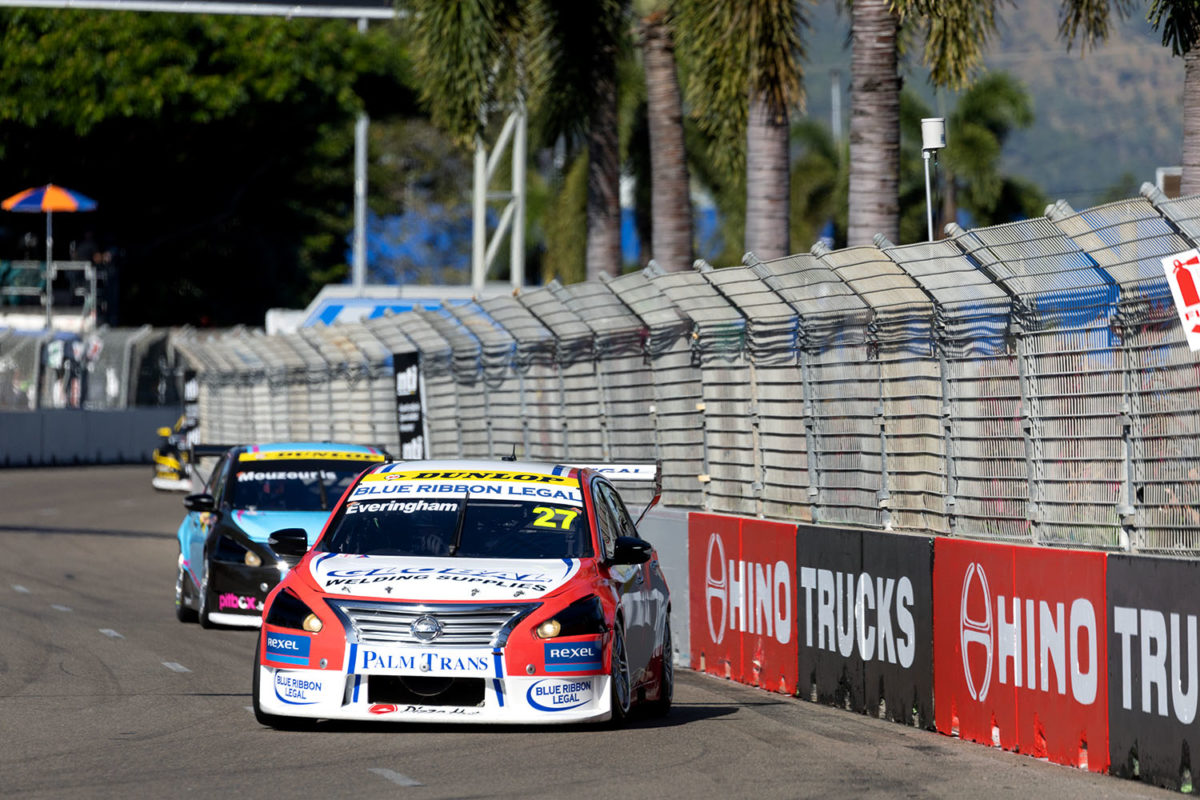 Matthew White is considering his future in the Dunlop Super2 Series after a decision which makes MW Motorsport’s Nissan Altimas ineligible for that title in 2023.

Super2 and Super3 will continue to share a grid next year, as has been the case since the outbreak of COVID-19 in 2020, but there has been a change to vehicle eligibility for those titles.

Whereas Super2 was to have been all Car of the Future vehicles, with Super3 for the last Project Blueprint-specification Commodores (VE) and Falcons (FG) only, pre-Gen2 COTF cars will instead compete for the latter, per a recent decision of the Supercars Commission.

Specifically, only the ZB Commodore and Gen2 Ford Mustang will be eligible for the second-tier Supercars title, with the Altima among the cars bumped to the third tier.

While not necessarily alone in having to now source cars in order to compete for the second-tier Supercars series next year, MWM is seemingly the most affected, regardless of its status as one of two squads which races the Altima.

Not only is it not a team which also competes in the Repco Supercars Championship, nor closely aligned to one; it has four Altimas and enters three on a regular basis, making it the biggest chunk of the Super2 field.

White, a former driver and now four-time series winner as a team owner, suggested there are multiple possibilities for continuing in Super2 next year.

“They’ve rumoured all sorts of things,” he told Speedcafe.com.

“They’ve rumoured that you could do conversions, but that’s gone quiet; I had [Triple Eight Race Engineering team principal] Jamie Whincup trying to sell us ZB upgrades, but it just defeats the entire purpose.”

White claims he is “not in the market for cars” and may “potentially not” compete in Super2 in 2023, but leasing vehicles is on the table.

“I mean, 90 percent of the field seems to be leased for next year, from what I’m hearing.

“There’s a lot of collectors that have bought a lot of cars, so without those running, they’re in a bit of trouble.

“I understand most of them are going to lease them, so we might do the same.

“I don’t know; you see what drivers want to do, to be honest.”

The Altima had been an interesting subject in the context of future Super2 eligibility, considering its longevity in the Supercars Championship.

Nissan’s mid-sized sedan was represented on the top-tier grid from 2013 to 2019, meaning it raced against the VF Commodore, both generations of pre-Gen2 COTF Falcons (FG, FGX), and Holden’s and Ford’s respective Gen2 successors.

As it stands, Super2 is the domain of vehicles of VSD (‘vehicle specification document’) years 2015 to 2017, those being the last seasons in which the VF Commodore competed in the top tier (save for Matt Stone Racing’s mid-season change of chassis in 2018 and Kostecki Brothers Racing’s wildcards that same year). 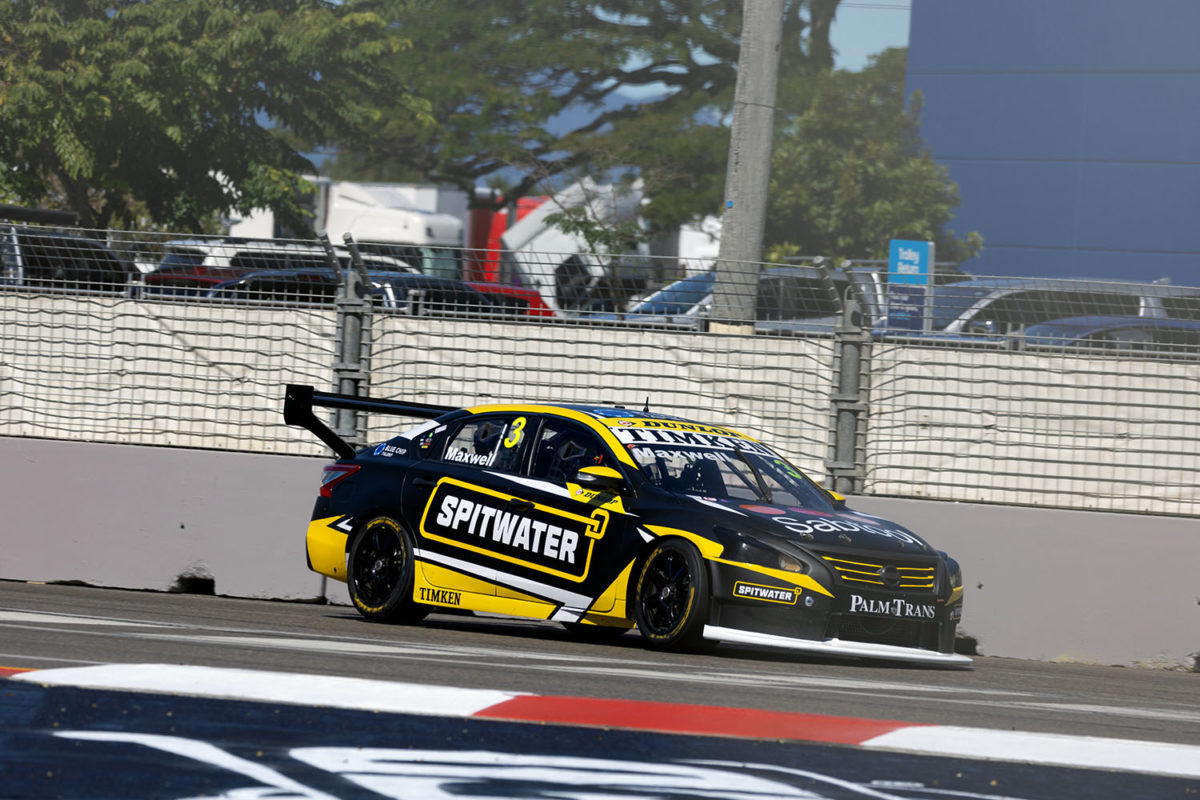 Thomas Maxwell in another MWM Altima

With the ZB Commodore debuting in 2018 and the Gen2 Ford Mustang in 2019, the latter season is the only one in which the Altima competed against both.

The former two vehicles were re-homologated for 2020 in order to snip downforce but, with Kelly Racing switching from Nissans for Fords that year, the Altima was not part of that VCAT programme or any subsequently.

Kelly Racing, the former Nissan Motorsport factory team, eventually morphed into Grove Racing, which came to be just the second team to field an Altima in Super2 when Matt Payne debuted in the competition late last year.

It is understood to have not been committed to Super2 in 2023, when Payne is due to debut as a full-time Supercars Championship driver, and neither the Groves nor Kellys own the Altima which the New Zealander has been steering.

White, however, has been left frustrated at what he claims was a lack of consultation about the eligibility change.

“It’s a little bit surprising because it’s an about turn [compared to] every point in correspondence,” he stated.

“[The Altimas] were homologated against the ZB and the Mustang, unlike the other models, so everything up until two weeks ago, we were told, was full steam ahead.

“So, obviously a bit frustrating; very surprised to hear that they’ve been consulting with teams because they haven’t.

“But, it’s not altogether surprising that they voted against the Nissan because 18 of the team members race Holdens and Fords and Nissan had no representation, so that outcome’s not surprising one iota.”

MWM is back to four cars for this weekend’s fourth round of the season at Sandown with Dean Fiore, who won races with the squad in 2018 at Mount Panorama and Wanneroo, getting mileage ahead of his Bathurst 1000 campaign with Brad Jones Racing.