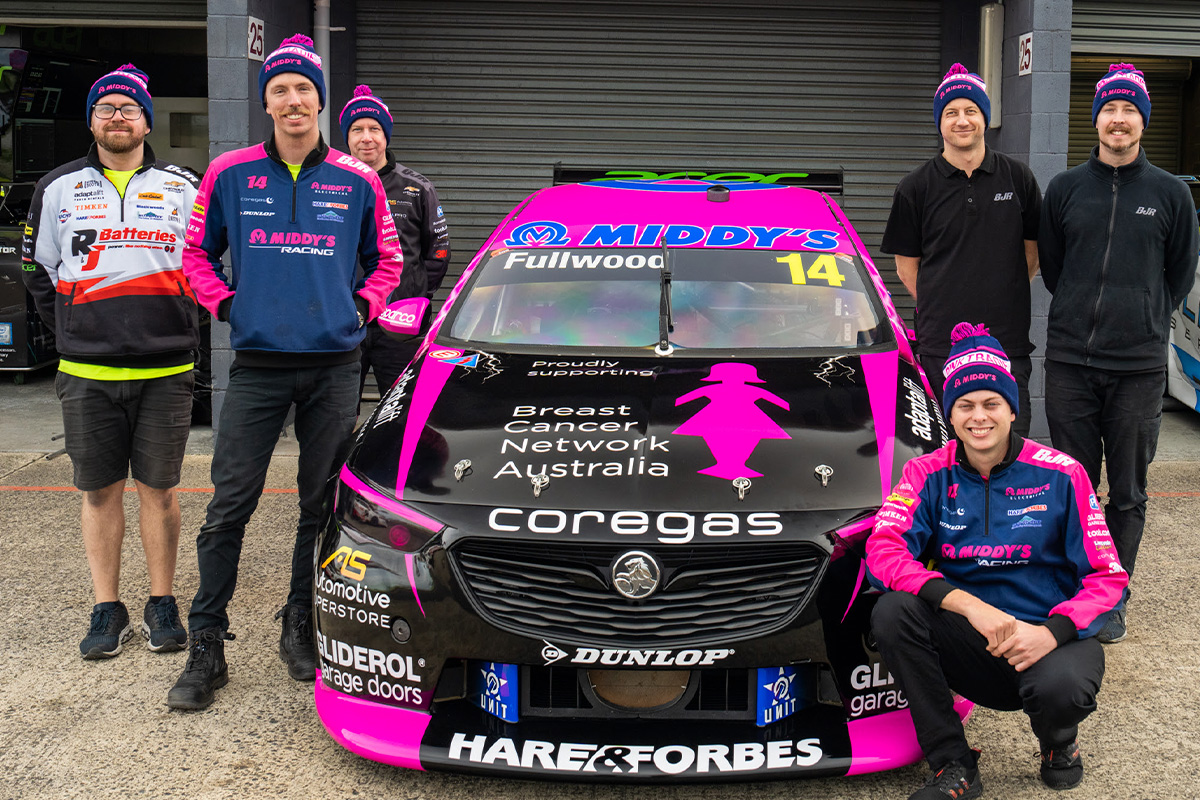 Brad Jones Racing’s Bryce Fullwood will run a revised livery at this weekend’s Sandown Supercars round to raise awareness for breast cancer.

The #14 ZB Commodore will sport the Breast Cancer Network Australia pink lady on the bonnet as part of the Pink Tradie Campaign.

BJR’s crew members will also wear pink beanies over the Repco Supercars Championship event in support of the campaign.

The Pink Tradie Campaign supports those diagnosed with breast cancer through sales of a beanie, with the initiative also being run in Middy’s branches from August 29-September 26.

“All the team at BJR will be donning the beanies this weekend and we will be encouraging everyone we can to get into a Middy’s branch, grab a beanie and donate,” said Fullwood.

“Or if you’re watching the broadcast at home and just want to jump on and make a donation, please do.

“This is a disease that sadly has touched so many people and families across Australia and New Zealand.

“In Townsville we were very honoured to lend our support to a local lady who was fighting the disease.

“We ran the #nottoday sticker on my car and the whole team was saddened to hear that Melissa Landon lost her battle on August 2.

“She was a wife and a mum to two little ones, and it really hit home for us that every statistic is a person with loved ones.

“As a team we’re right behind the Middy’s Pink Tradie campaign and we encourage all the fans to show their support too.”

Practice 1 for the Supercars Championship at Sandown begins on Friday at 13:10 local time/AEST.