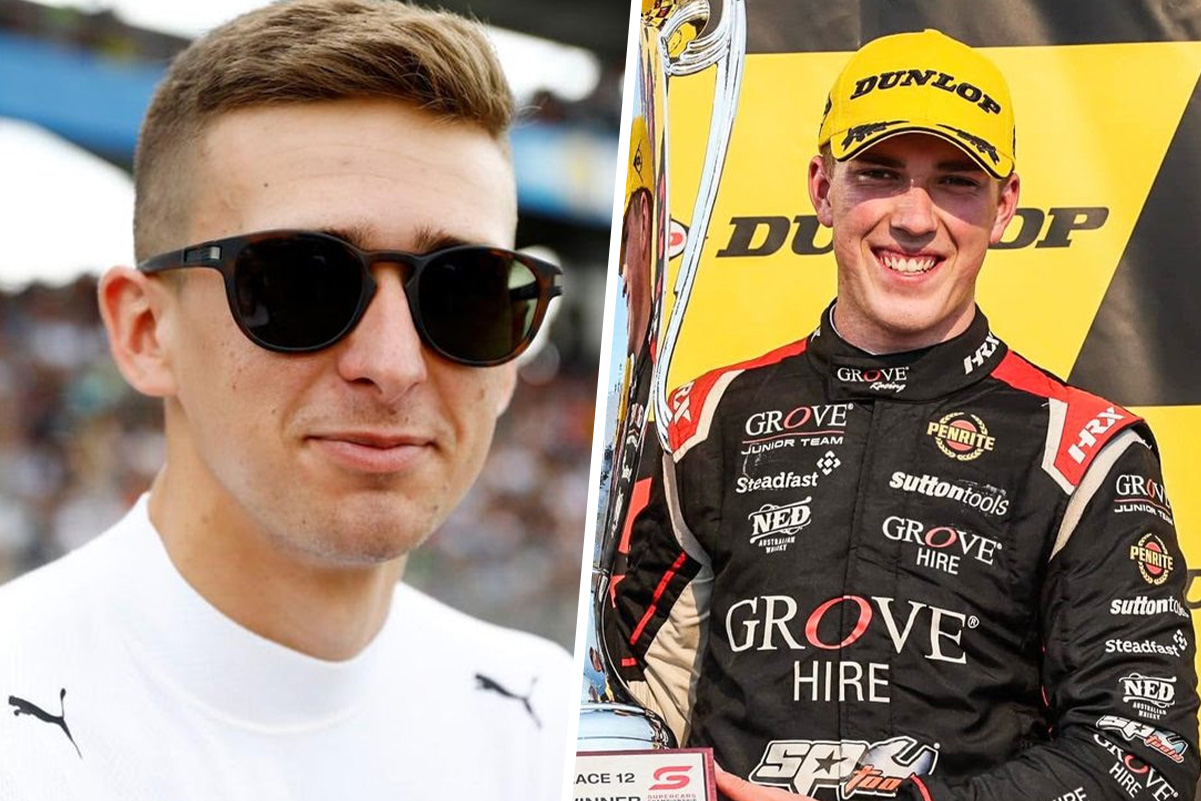 Grove Racing has swapped its co-driver pairings around for this year’s Repco Bathurst 1000.

Matt Campbell and Matthew Payne will still drive for the Penrite Racing-branded squad, however, it’s in which car they will compete which has changed.

It was initially confirmed in May that Payne would share with David Reynolds, while Campbell would partner Lee Holdsworth.

However, the team has now announced that Campbell will drive the #26 with Reynolds and Payne will co-drive with Holdsworth in the #10 Mustang.

“Campbell and Payne are going to be a great mix of experience and youth,” said Team Principal David Cauchi.

“Campbell has won many endurance races including the Bathurst 12 Hour, and he competes in endurance racing all the time so the team can draw on his vast experience.

“Payne has done a great job for us in Super2, proving that he is not only fast but can manage his raw speed over a race distance.

“Going to the Mountain for the first time as a main series co-driver is a big undertaking, so pairing him with the man who won the race last year as a co-driver is the perfect match.”

Twenty-seven-year-old Campbell was recently confirmed as part of Porsche Penske Motorsport’s sportscar programme and will make his fourth Great Race start this October.

“I’m very excited to be co-driving with Dave this year for Penrite Racing,” said Campbell.

“He has won the race before and is always quick at Mount Panorama, so I just want to help put him in the best position possible to be at the pointy end late in the race and pay back the Groves for this opportunity.

“Bathurst is a race that carries so much credibility overseas, winning the 12 Hour was a real highlight but winning the 1000 is something I’d really love to achieve in my career.”

Payne currently competes in the Dunlop Super2 Series with Grove Racing and will make his competitive main game debut alongside 2021 Bathurst 1000 winner Holdsworth.

The 19-year-old Kiwi’s graduation to a full-time main game seat next year at the team has been tipped as a ‘definite’ by Team Owner, Stephen Grove.

“Racing in the Bathurst 1000 has been a dream of mine since I started racing karts in New Zealand,” added Payne.

“It will be a big weekend doubling up with Super2 as well.

“I look forward to doing the best I can and working with Lee to do a solid job for Penrite Racing.”

Payne will jump behind the wheel of Holdsworth’s #10 for the co-driver practice session at Sandown this weekend, while Campbell will not be present with overseas commitments.