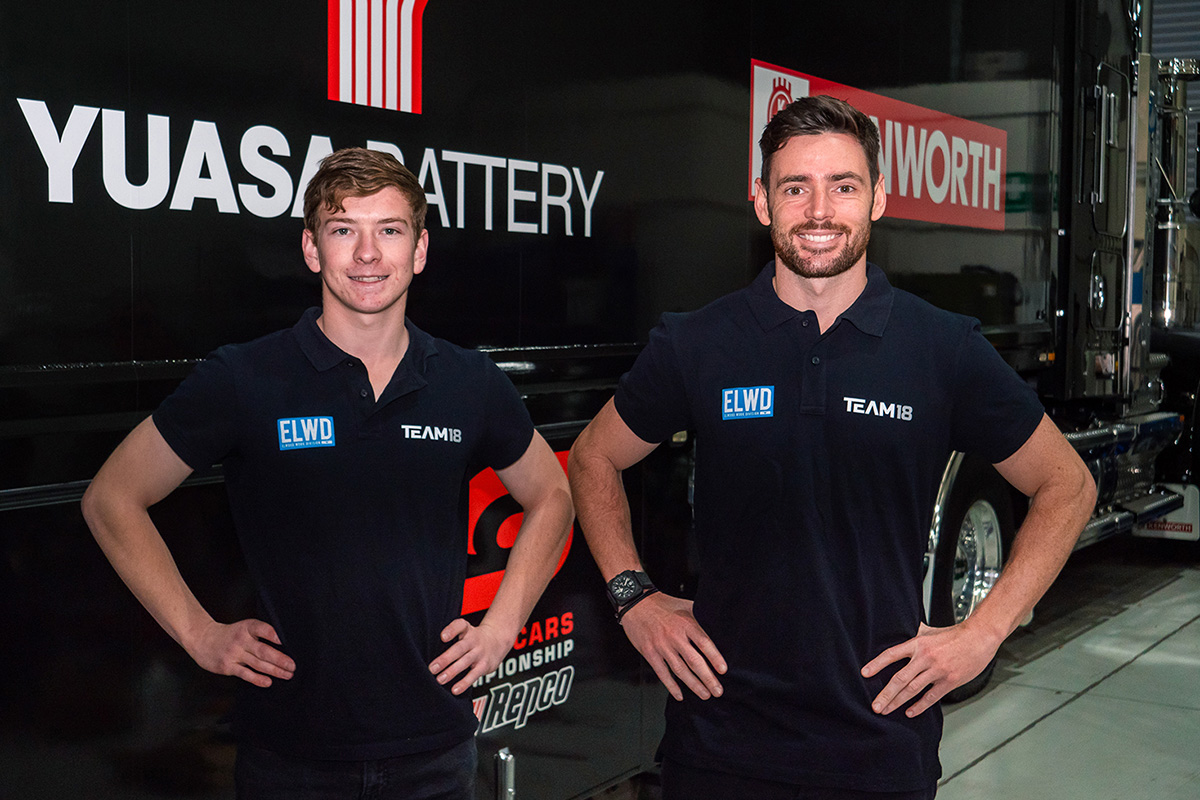 Team 18 has completed its 2022 Great Race pairings with the announcement that Tyler Everingham will co-drive with Scott Pye.

The Charlie Schwerkolt-run operation was forced to go looking for a co-driver again for the #20 when James Golding was thrust into a full-time main game drive with PremiAir Racing mid-season.

Everingham has now been confirmed in the seat alongside Pye for October’s Repco Bathurst 1000, with Mark Winterbottom and Michael Caruso in the sister car.

Twenty-one-year-old Everingham is currently fourth in the Dunlop Super2 Series, having won the V8 Touring Car Series (now known as Super3) in 2018.

He will make his second start in the Mount Panorama enduro this year after debuting as part of the Garry Rogers Motorsport wildcard entry in 2020.

“I’m extremely determined to make the most of this opportunity, it’s one of the best seats on the grid at the moment for a co-drive so it was pretty special to get the call up from Charlie to join the team for Bathurst,” said Everingham.

“The wildcard in 2020 was extremely valuable, that was my first time in the 1000 and to be the main driver in that entry was a great experience.

“I had Richard Hollway (Pye’s current engineer) as our engineer that year, so it’s cool to team up with him again and learn from him and Scott over the next couple of months as we prepare for the race.

“Scott has proven to be one of the top drivers at the mountain over the years, so I’ll be working hard with [him] to soak up as much as I can from him to ensure we put ourselves in a good position to be a contender at the end of the race.”

Pye added: “It’s really exciting to have Tyler locked in, I’m looking forward to getting to the mountain and having Tyler locked away now means we can start to really focus and push forward with our preparation into that event.

“Communication is key within a race team and Charlie is a big advocate for that.

“We had a lot of open and ongoing discussions about who our co-driver was going to be.

“Once Tyler came up we kept a very close eye on him and he’s been doing a fantastic job in Super2 so it was really a no-brainer to get him locked away and it was a decision I was really happy with.

“He’s young and keen and I think in terms of our sport it’s really good to try and bring in new young talent as well and back what the junior categories are delivering.

“Tyler’s been doing a fantastic job so I think he’s going to be a great asset to our team.”

Everingham will get his first taste of the #20 in the dedicated co-driver practice session at the Sandown SuperSprint on Friday.