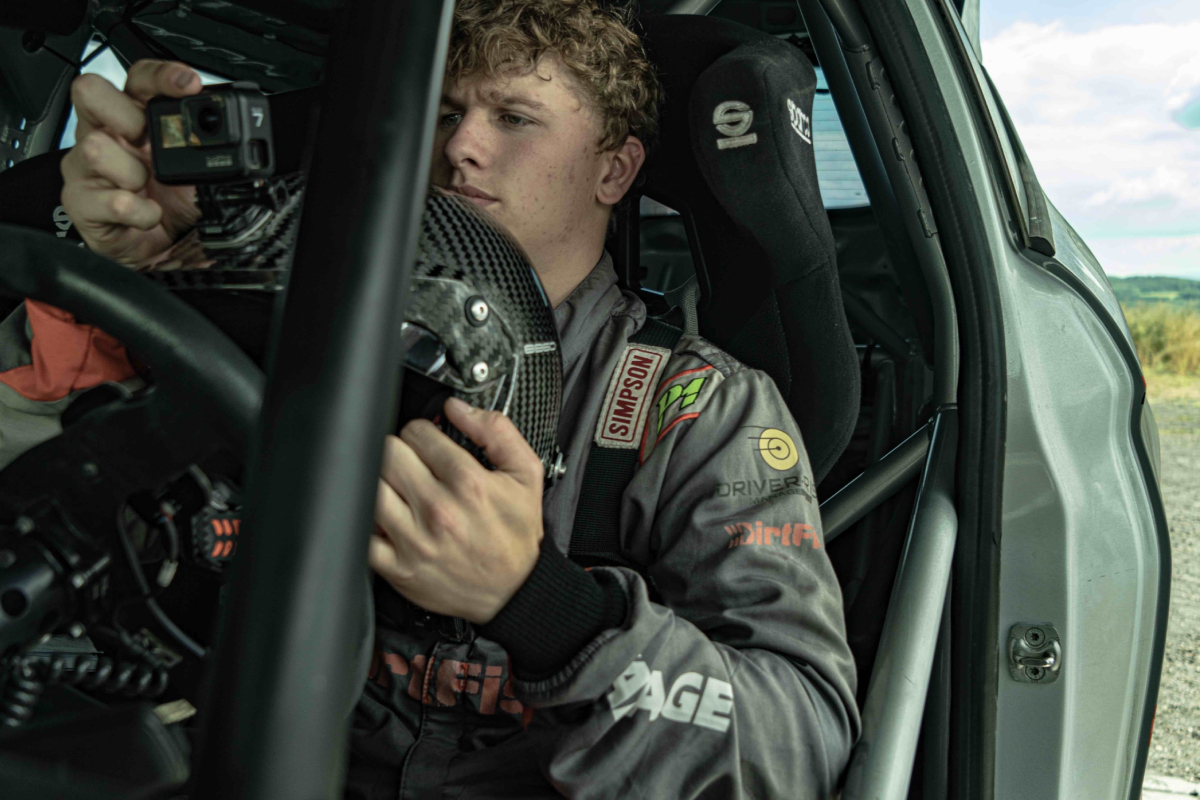 Max McRae has set his sights on a 2023 Junior World Rally Championship campaign.

The nephew of the late 1995 World Rally Champion Colin McRae and son of Alister McRae, tested an M-Sport Ford Fiesta Rally3 for the first time in Poland last week.

The 18-year-old drove the car for a day on asphalt, completing close to 160 kilometres in testing.

He was impressed by how the Fiesta Rally3 performed during the test.

“You have this picture in your mind of what the car’s going to be like and how it will perform.

“I thought I had a pretty good idea, but it was even better than I thought it was going to be.

“There’s more power, more torque than the Fiesta Rally4 and, with it being four-wheel-drive, there’s no wheelspin off the line.

“What I really like is that it’s a car you have to get in and really drive, when you work that bit harder, the car comes alive, and delivers so much.”

McRae, who is keen to continue the family legacy on the world stage, said the test confirmed his intentions to compete in the Junior WRC.

“I was pretty keen to do JWRC anyway, but now I’ve driven the car, I just know that’s where I’ve got to be,” he stated.

“The chance to drive that car on rounds of the World Rally Championship is totally the way to go and that’s what we’re working really hard towards now.”

A naturalised Australian McRae, who now lives in Perth, currently competes in the RSEA Safety Motorsport Australia Rally Championship (ARC), behind the wheel of a Subaru Impreza WRX for Maximum Motorsport.

The next-generation driver is ready to embrace the challenge of competing in the top-tier rally competition.

“To move from rallying in Australia to going to the world championship is a step up in budget, but it’s also an incredible opportunity to take experience of rallying at the highest level on surfaces and events like the snow in Sweden, the Tarmac in Croatia and then rough and smooth fast gravel in places like Sardinia and Estonia.

“I don’t know what the calendar will be for next year, but events like that are the dream and a special way to take experience.”

McRae will contest the next round of the ARC, the Middle of Everywhere Gippsland Rally, later this month.