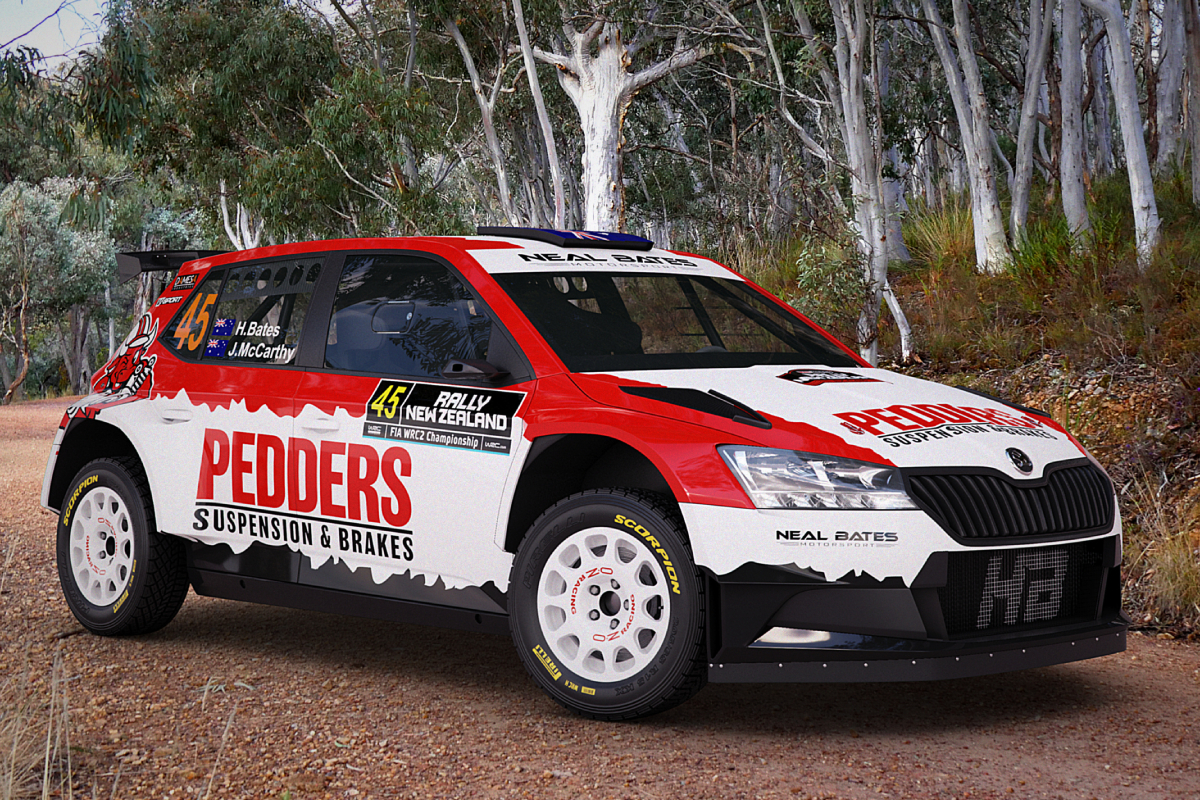 The Australian Rally Champion will head across the Tasman Sea to compete in the WRC2 class, with regular co-driver John McCarthy to join him.

The pairing will face stern competition in the form of Kiwis Hayden Paddon and Shane van Gisbergen across the 17-stage rally.

While Bates and McCarthy are a familiar driving partnership, the pairing will not compete in their regular Toyota GR Yaris AP4, instead getting behind the wheel of a Skoda Fabia Rally2 evo.

Bates is looking forward to realising his dream of competing in the WRC.

“As a driver, you’re always looking for the next opportunity, so for this to be happening is truly a dream come true and I can’t thank Pedders enough for helping me achieve this,” Bates said.

“I’m a competitor and I love a new challenge, so for me it’s super exciting to be up against talented WRC regulars and the likes of highly respected Kiwis such as Hayden Paddon, Shane van Gisbergen, and Ben Hunt in their home rally – John [McCarthy] and I can’t wait to test ourselves against some of the best.

“It’s been months of hard work for our small team to get to this point, and I am so fortunate and humbled to have the help and support from people in Australia as well as overseas.

“I still can’t quite believe Pedders is trusting me with this huge opportunity, but I feel ready to be making my WRC2 debut and I am really grateful to Scott and Mark Pedder and the entire Pedders team for seeing something in me.

“They have been the driving force behind the Repco Rally New Zealand program we have pulled together, and I hope to do them proud.

“I must also thank Toyota Australia for their support in allowing me to take this opportunity.”

Before he heads to New Zealand next month, Bates will first contest the next round of the RSEA Safety Motorsport Australia Rally Championship (ARC), the Middle of Everywhere Gippsland Rally, later this month.