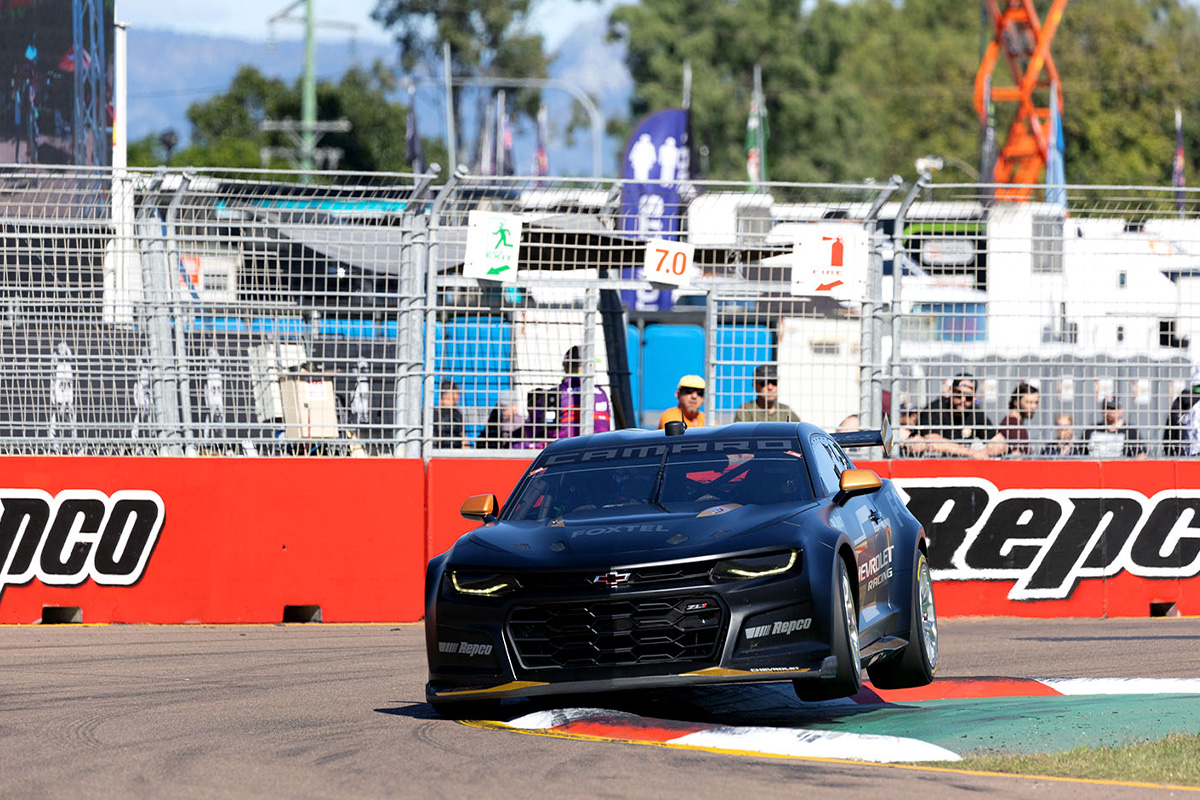 The Gen3 Camaro at Townsville

Craig Lowndes is set to cut laps in the Gen3 Chevrolet Camaro at this weekend’s Sandown Supercars round.

The seven-time Bathurst 1000 winner will perform demonstration runs on all three days of the event, joined on track by Zane Goddard who will steer the Ford Mustang.

It comes after Lowndes was also confirmed to take part in the dedicated co-driver practice session at the wheel of Jack Smith’s #4 ZB Commodore.

The Gen3 cars will be on track twice on Friday at 12:05 local time/AEST and 16:05 respectively, per the track schedule at the time of publishing.

Lowndes previously drove the Gen3 Camaro prototype at July’s NTI Townsville 500 and also had a run early in the project.

“Townsville is an aggressive circuit, Sandown is the same,” Lowndes explained to Speedcafe.com.

“It is a demonstration but at the same time, we’re seeing what it’s like over kerbs and bumps – giving the reliability side of it a test as well.

“Kerbs at Townsville are high speed, especially through that back section, where Sandown through Turn 2 and 3 it’s a bit more of an aggressive change of direction.

“It’s a different style of track, but it’s still aggressive; we want to make sure both the Mustang and Camaro have reliability ticked off.

“It’s nice to be a part of the programme and keep an eye on what we’re going to expect for next year as a sport.”

The Gen3 cars will also be in action for a ride day on Monday at Sandown following the event.

Erebus Motorsport’s Will Brown and a “yet-to-be-confirmed Triple Eight driver” will be behind the wheel of the Camaro, according to the championship’s official website.

Of the Blue Oval drivers, David Reynolds and James Courtney are slated to steer the Mustang.