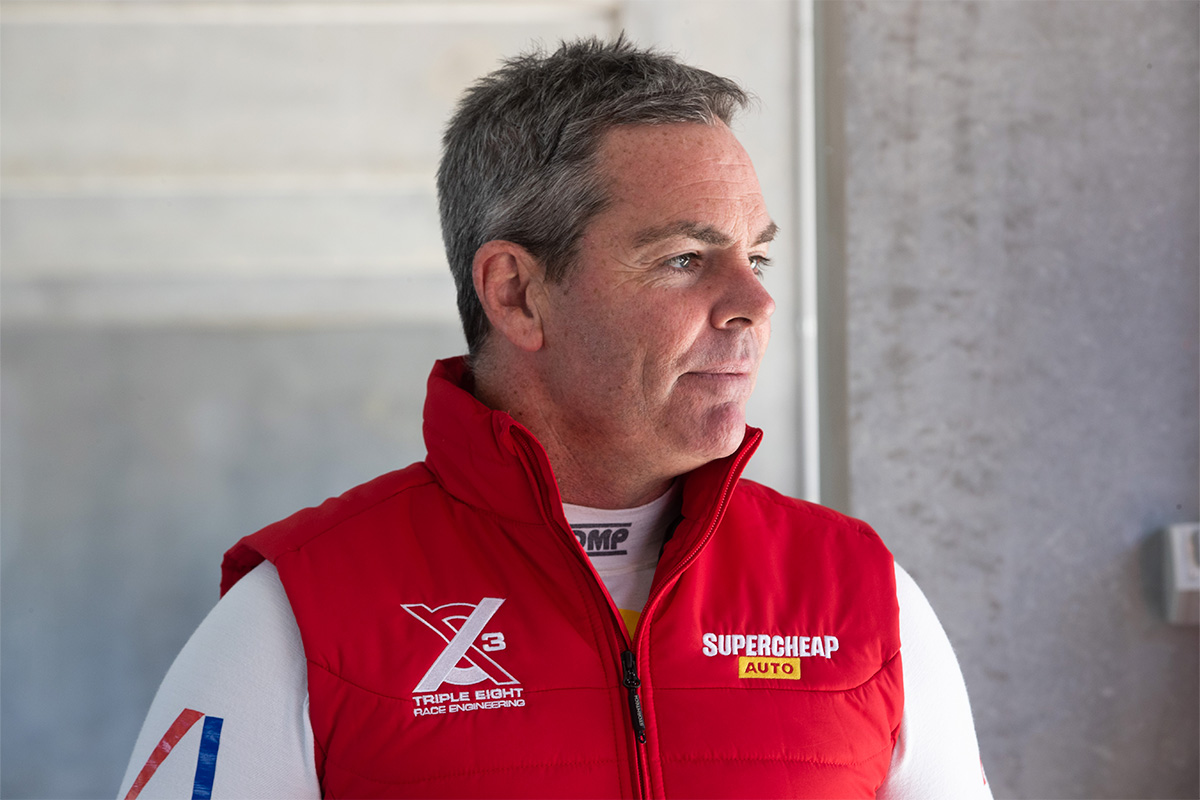 Craig Lowndes says his Sandown Supercars cameo this weekend will be a great opportunity to provide the TV audience with some rare insight into the sport.

Lowndes will step into the #4 ZB Commodore, usually driven by Jack Smith, for the dedicated co-driver practice session on Friday at the Penrite Oil Sandown SuperSprint.

Brad Jones Racing’s final enduro combination is yet to be confirmed, though the team stated it has good options on the radar and is not in a rush.

Lowndes has already been confirmed as part of the Supercheap Auto wildcard programme alongside Declan Fraser for this year’s Great Race, however, wildcard entries are not permitted to run in the Sandown session.

Given Smith’s car would otherwise have sat out the Additional Drivers Practice session, the team decided to offer Lowndes the opportunity to jump behind the wheel.

The seven-time Bathurst 1000 winner, who is part of the Fox Sports broadcast, says it’s a chance to bring the TV audience behind the scenes.

“I think that’s one of the things that I enjoy doing is relating what’s going on inside the car [to people watching on TV],” Lowndes told Speedcafe.com.

“So people at home, the fans, and viewers can really get a sense of what drivers go through.

“As I said, I enjoy that. [The Sandown cameo] gives me an opportunity to be able to do that.

“Whether that’s something post-session or during the session, we’re still working that out.

“For me, it gives a bit of a difference between team-to-team; I’ve been a Triple Eight person since 2005.

“To be able to relate philosophies of different teams [to the TV audience], how they approach, how they operate, the car feel.

“Although I won’t be driving a Triple Eight car over the course of the weekend, but I know from history what the cars are like.

“If the BJR car is better in areas or worse in areas…I can hopefully provide [insight to the audience].”

Andrew Jones was the brainchild of the idea, and after the relevant approvals were received last week, the plans were put in motion.

Jones explained the team has no set to-do list for the session in what will be the first time since 2004 that Lowndes has driven a non-Triple Eight Supercar event.

“I don’t think there’s anything particular that we’re looking for out of it,” Jones told Speedcafe.com.

“If I look over the other side of the BJR garage, there are four high calibre drivers already within that programme.

“So [it’s] just an opportunity to do something a little bit different, and have [Lowndes] come and drive it.

“No doubt he’ll have some thoughts on the car that we’ve got for that weekend, and it’d be crazy of us to not listen to them and see what his thoughts are.

“But more than anything, he loves turning the steering wheel and pushing the pedals and I hate seeing a car sit in the garage during those sessions.

The 30-minute co-driver practice session is scheduled to take place on Friday at 15:20 local time/AEST.