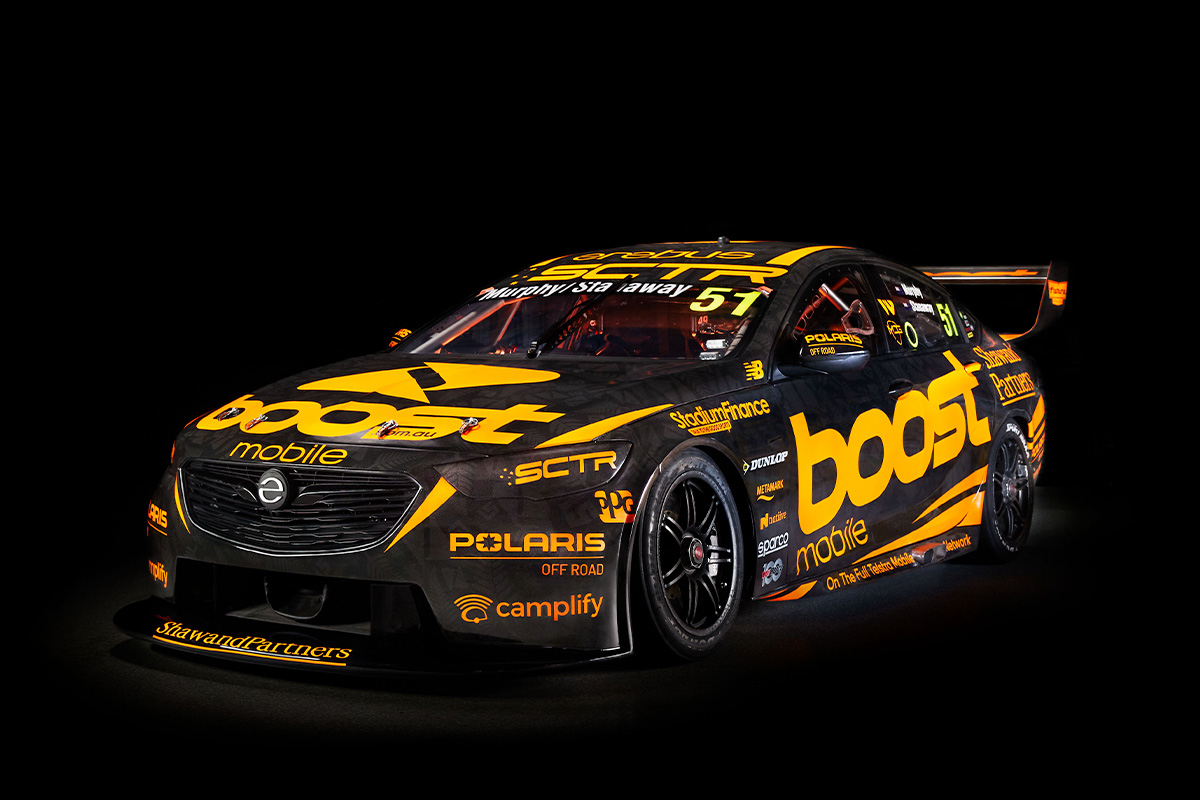 The livery which Greg Murphy and Richie Stanaway will compete with as a wildcard at this year’s Repco Bathurst 1000 has been revealed.

Boost Mobile Racing powered by Erebus today lifted the covers off the #51 ZB Commodore at the team’s open day in Dandenong.

Both drivers were present for the unveiling of their New Zealand-inspired Great Race livery.

The colour scheme is similar to the wildcard’s test livery, though according to the team the design “has switched its black PPG base for Metamark wrap featuring silver ferns.”

Murphy and Stanaway will take part in their third and final test day this Tuesday at Winton Motor Raceway.

“It looks awesome. It’s very different to what we had last year but I knew that it would change, and the print underneath looks awesome,” said Murphy.

“Today’s open day is a great opportunity for us to not only see the fans and showcase our new livery, but to reward everyone who has been behind this concept from the start.

“Today is part of the journey really, it’s all been fan-driven from the very start, and we are very humbled by the support.”

Stanway added: “I think the livery looks great and it’s awesome that we’ve been able to show it off for the first time to our supporters in real life.

“I’m feeling really good heading into the next test day after what was a successful first test in June.

“Hopefully we can build on that and get straight into more advanced work after our first test was used to try and familiarise ourselves with the car. I’m looking forward to it.”

Boost Mobile founder, Peter Adderton, is pleased the programme has taken another step closer to being on track at Bathurst.

Last year’s well-documented efforts to field the wildcard at Bathurst were spoiled due to the COVID-19 pandemic.

“It’s great to have Richie and Murph back in Australia for the launch of the Boost Mobile Bathurst 1000 wildcard livery followed up by another planned test day at Winton,” said Adderton.

“This has always been about the fans, and today is for them. Boost Mobile would like to thank Erebus, the sponsors and the fans for believing in this with us.”