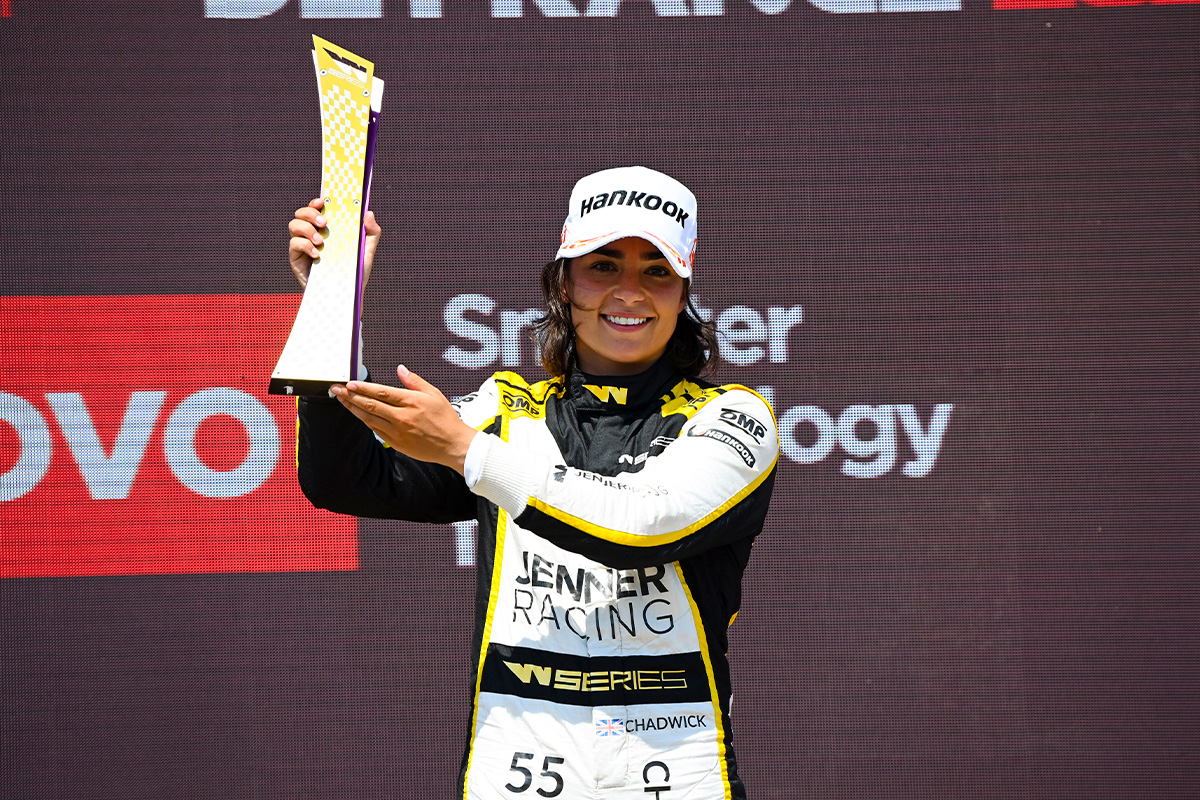 Lewis Hamilton says more needs to be done to help progression from the W Series and encourage opportunities for women in racing.

The seven-time Formula 1 champion visited the W Series paddock over the Hungarian Grand Prix weekend, which was on the support card for F1.

In its third season – after a year off in 2020 due to the pandemic – the W Series was launched in 2019 as an all-female open-wheel category.

Jamie Chadwick claimed the 2019 and 2021 titles and looks set for a three-peat, having won five of the six races so far this season.

Battling to find opportunities further up the racing ladder, Chadwick has remained in the series.

While W Series does have a prize pool on offer, it is believed to be little help when trying to secure seats in Formula 3 or Formula 2.

Hamilton feels “way more” needs to be done to help women racing in the series make the step up to categories further up the ladder.

“I’ve been following the W Series all year and the last few years, and I wanted to try to get down there and to try to see the young, inspirational women there,” said Hamilton about his visit over the Hungary race weekend.

“I’ve been watching their races in-between sessions…I watched their race [in Hungary] so I really wanted to go down there.

“For them, I really feel it is great that we have the W Series, but we as a sport need to do way more for young girls getting into the sport and for these women, if there is no progression from there, from W Series.

“It has been three years, so we need to really work on trying to create something. When you win that, do you progress into [F2] or whatever it may be?

“We can definitely do a lot more to support those girls.”

The W Series has three events left in the calendar, all of which will be on the support card for F1.

Singapore’s Marina Bay Street Circuit (October 2) is next, followed by Circuit of the Americas (October 22) and Mexico City’s Autódromo Hermanos Rodríguez (October 29-30) to round out the season.