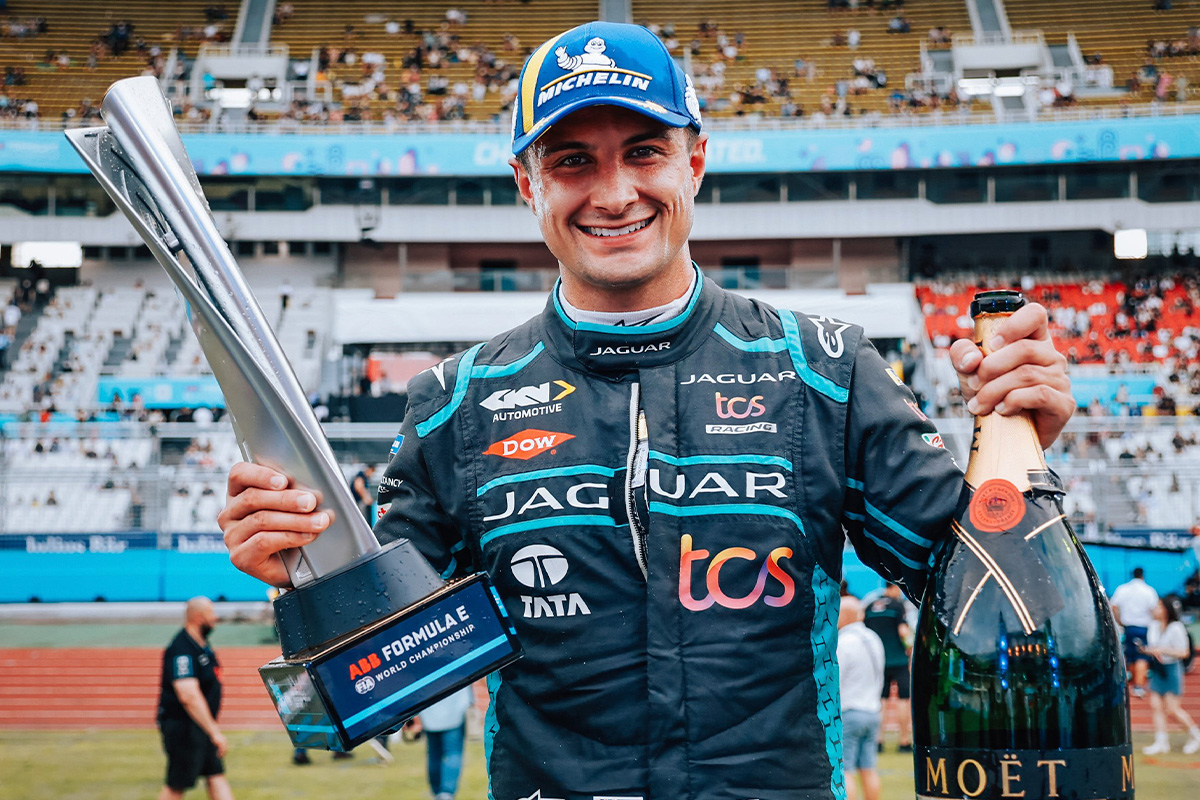 Kiwi Mitch Evans has kept his FIA Formula E Championship title hopes alive with victory in the penultimate race of the season at the Seoul E-Prix.

It has seen championship leader Stoffel Vandoorne’s advantage sliced to 21 points with one race remaining.

Evans vaulted from third on the grid to the lead on the opening lap, mastering the slippery conditions.

The race was put under a 45-minute red flag stoppage after an eight-car pile-up on the first lap at the penultimate corner.

It is believed they were caught out by standing water from an earlier downpour, with de Vries’ Mercedes ending up underneath Buemi’s Nissan.

“Basically, it was super slippery out there,” said Porsche’s Lotterer of the incident.

“I was in the pack with the guys and figuring out the conditions. Then when we approached Turn 20, I just started to slow down a bit.

“Same, like the other guys, just touched the brakes and it was just like ice. Nothing you can do from that point on.

“I don’t think it’s braking too late, it was where there was paint, maybe some cars just happened to be on those patches of paint and lock up and that’s it.

“I managed to find a little gap and not hit another car but I still hit it, but not full on.”

All drivers were uninjured and the race restarted with Evans in the lead; Nato and Cassidy were the only two from the pile-up able to rejoin the action.

Jaguar’s Evans managed a comfortable gap out front for the remainder of the encounter, taking victory ahead of pole-sitter Oliver Rowland.

Lucas Di Grassi sealed a podium finish in third and with it his 1,000th point in Formula E, becoming the first driver to do so in his 99th race.

Every Formula E race is live and ad-free on Stan Sport.