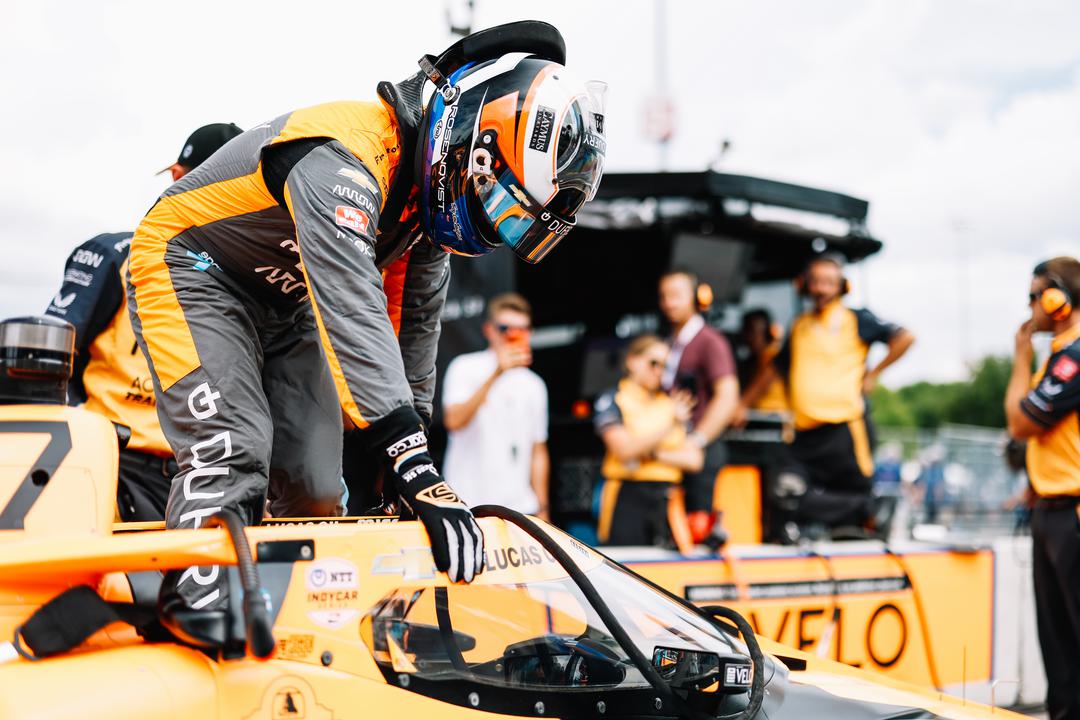 Felix Rosenqvist has refuted a report which claimed that he did not in fact have a contract with McLaren beyond his current IndyCar deal.

McLaren Racing had announced via a press release issued on June 23 that it has reached a new, multi-year contract with the Swede, with the option of keeping him in IndyCar or moving him to Formula E.

The first line of said press release read, in full, “McLaren Racing has signed a multi-year deal with Felix Rosenqvist to remain on the team’s driver roster from 2023 and beyond.”

Curiously, a report emerged from a North American outlet last week which claimed that, according to multiple sources, he was in fact “not under contract with McLaren Racing beyond 2022.”

Rosenqvist has now told Associated Press, via a statement, that said report “is not true. I do.”

He added, “I have a great relationship with Zak Brown [CEO] and McLaren and they have always been very transparent and fair with me.

“I understand Zak has some tough business decisions to make and holds an option [on] my services for next season.

“I stand by what we announced in June.

“However, since then, I feel I have found my form in IndyCar and have made my desire clear to Zak in recent weeks to remain in IndyCar.”

Rosenqvist’s future is caught up in the messy contract dispute between his former team, Chip Ganassi Racing, and Alex Palou, which he recently admitted is becoming a distraction for his crew.

Both McLaren and Ganassi claim to have a deal with Palou for 2023, and Palou would seem set to take the as yet unfilled McLaren SP seat if he manages a clean break from his current employer.

Otherwise, Rosenqvist would presumably remain in the IndyCar team, and the Woking-based organisation would be looking for another driver for its Formula E programme.

Meanwhile, Ganassi and Palou are embroiled in legal proceedings, which are currently in a mediation phase.