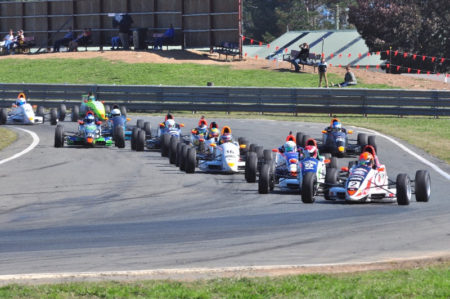 Round 2 of the Australian Formula Ford Series FF1600 competition has been moved to The Bend after its September event at Wakefield Park had to be cancelled.

The Kent-powered cars run an abbreviated season, which kicks off at Morgan Park later this month, and had been set to join the New South Wales Formula Ford Championship field in Goulburn on September 17-18.

However, following July’s Land and Environment Court Decision which has placed strict limits on Wakefield Park’s operations, that round of the Motorsport Australia NSW Motor Race Championship has been cancelled.

The state competitors will miss out altogether, with the season finale at Sydney Motorsport Park on October 29-30 to now be a double points affair.

“Following the Cancellation of Round 4 of the NSW Championship at Wakefield Park on September 17/18 this round will not be replaced and championship will be concluded at the double points round At Sydney Motorsport Park on October 29/30 2022,” the Formula Ford Association has advised.

National FF1600 teams, however, will now head to Tailem Bend next month for Round 2 of their campaign, alongside the outright national and South Australian state competitions.

The national outright, FF1600, and NSW competitions will then all wrap up at ‘Eastern Creek’ in October.