Scott McLaughlin on giving it his all on a crazy Sunday in Nashville, in his exclusive Hired Gun column for Speedcafe.com. 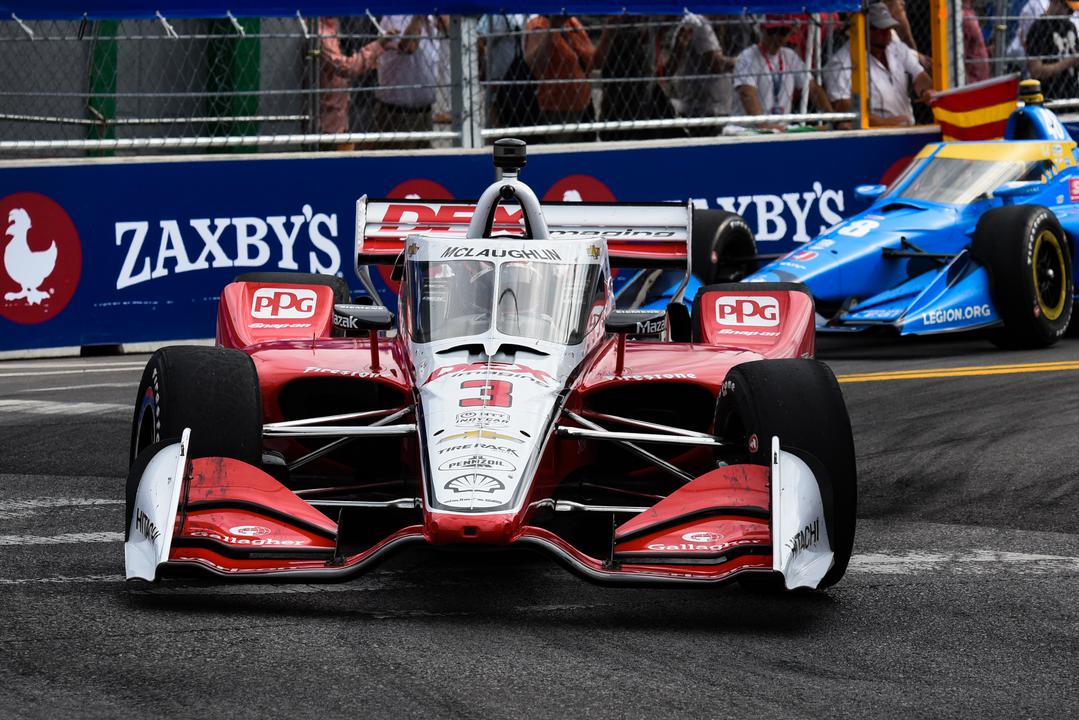 Well, that was a wild old weekend at the race track, wasn’t it?!

But it was a pretty good one as well!

A pole position, a podium finish behind a guy I grew up idolising, throw in some scorching heat, wild electrical thunderstorms, and an insane race – and I was due for a beer last night.

I won’t lie – the crew and I had a few because we had well and truly earned them!

But what a race!

It’s such a fun event – the closest I can say to the Gold Coast street race, with the event so close to the Nashville party strip.

It’s got a vibe, I’m telling you. Another one for your bucket list!

Everyone there has a great time – even while we waited for lightning to pass across Saturday and Sunday afternoon.

It’s a brutal and punishing track, and with the extreme humidity, it was about as tough conditions as I’ve faced.

So, it was really rewarding to have such a great run.

My car was a weapon all weekend.

We were fast across both practice sessions and then our qualifying lap to grab pole was a ripper. It was SO satisfying to get my second pole – I was absolutely pumped afterwards.

We made a great start – although I was nervous having Romain Grosjean beside me on the front row.

I was relieved we beat him to Turn 1 and then it was just head down to get out the front and stay there.

We got caught out in our first stop with a Caution robbing us a few spots – but I always felt like we were on for a great finish.

Our second stop wasn’t great though – my boys have been great all year, but we had a slow one, and came out 16th.

Still, I never lost my cool.

I was ticked off, don’t get me wrong – but I knew I had the car to be able to work our way back to a decent position.

And we just went for it when we went back green – it was the most fun I’ve ever had in a race as we sliced and diced our way through the field.

The first lap when we went back racing, I picked up half a dozen spots.

So, we just chipped away at it and fought our way from 16th back to a podium finish.

In all, we had eight Caution periods – which is the second time is as many years this place has tore a heap of cars up and ensured a grandstand finish with the final Caution bringing out the red flag.

We’re an entertainment sport, and I’m glad we are making sure we can put on a hell of a show. 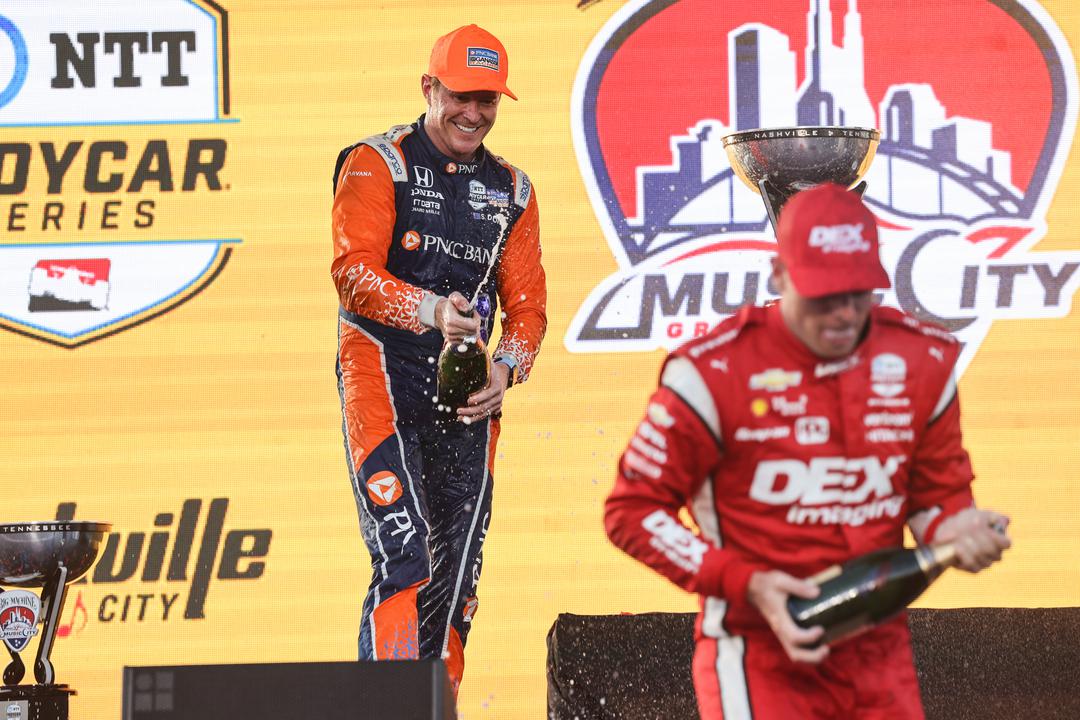 Scott Dixon and McLaughlin (foreground) on the podium

The final run we realistically only had one-and-a-half laps to have a crack at Scott Dixon for the win.

Just the moment when I was behind him behind the Safety Car was so surreal – Scotty D is a guy I’ve adored for so long.

He’s been so good to me over the years – and even now still looks out for me.

I threw everything at him to try and pass – but we just needed one more lap.

As it was, we landed our second Kiwi quinella – which is super cool for New Zealand motorsport.

We were still thrilled with second… it was a great points day… and a great weekend to keep our name in lights at such a landmark weekend for our sport.

That’s now our second second place on top of our two wins – plus our second pole, so the year has been full of positives.

We gain one position in the title fight – up to sixth in the standings, and I’ll be punching as hard as possible to get up inside the top five with three races to go.

After four straight race weekends we have a week off to have a breather before going again at Gateway.

I’ll speak to you then.

And for those back in Australia – I have some exciting news I’ll tell you about soon.

Thanks all for the support and messages.