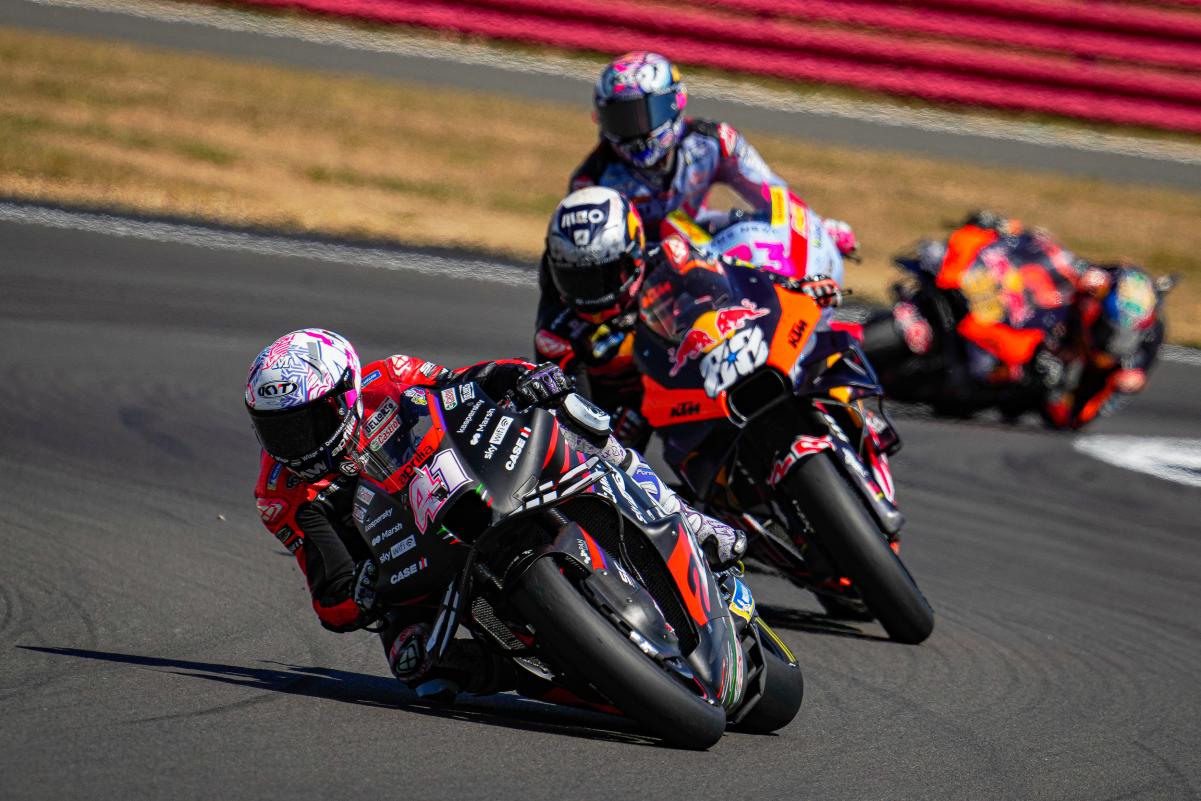 Aleix Espargaro has been diagnosed with a fractured right heel following his 185km/h highside in practice for the British MotoGP round.

Espargaro was chucked off his Aprilia and slammed into the track surface during Free Practice 4, yet went out around an hour later to qualify on his second bike after scans at the Silverstone Circuit detected no fractures.

Despite qualifying sixth, doubts persisted as to whether the Spaniard would start the race, yet he gritted his teeth to finish ninth in the 20-lapper.

Now, Aprilia Racing has advised that further scans in Barcelona have found a fracture.

“Following medical checks carried out today [Monday, local time] at the Dexeus Hospital in Barcelona, Aleix Espargaro has been diagnosed with a heel fracture in his right foot,” read an Aprilia statement.

“The Spanish rider, the victim of a frightening high-side during the last free practice session at Silverstone, then stoically took to the track for both qualifying and Sunday’s race.

“The injury does not require surgical treatment, and Aleix has been prescribed seven days of absolute rest during which he will have to use crutches in order not to strain his injured foot.

“The aim is to arrive at the next race weekend (19-21 August, Austria) in the best physical condition.”

Espargaro and Aprilia have been the revelation of the season, with the 33-year-old in a genuine fight for the world championship given he sits second to Yamaha’s Fabio Quartararo.

In fact, despite the crash, he limited the damage to just one point in net terms at Silverstone, and even made an unsuccessful attempt to pass Quartararo on the final lap.

They are now separated by 22 points, with 200 on offer across the eight races which remain in 2022.