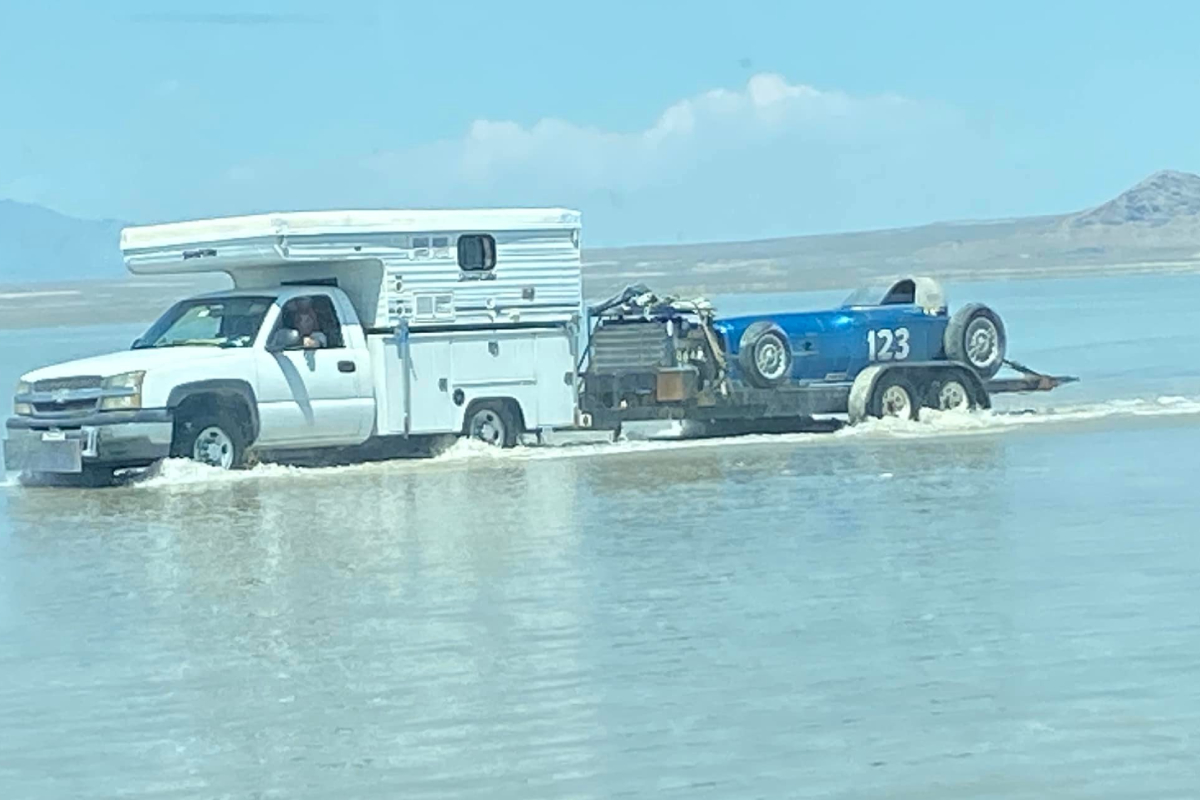 The 2022 Speed Week event has been cancelled after heavy rainfall led to the flooding of the Bonneville Salt Flats.

Speed Week is an annual competition that sees drivers set out to achieve the fastest time in a shoot out across the salt beds, in an array of vehicles such as roadsters, motorcycles, hot rods, and trucks.

Heavy rainfall in the lead up to the shoot-out covered the Bonneville Speedway, an area of the flats allowed for motorsport use.

The deluge forced the hand of the organisers, the Southern California Timing Association (SCTA), into cancelling the entire event, which was set to be held from August 6-12.

Initially, the SCTA cancelled Sunday’s proceedings before later taking to social media to call off the entire fixture.

“Due to unforeseen weather conditions Speedweek 2022 is officially cancelled,” the statement read.

“We are doing our best to recover what we can find out on the lakebed.”

Competitors were forced to travel across the flooded flats to leave the precinct.

It is not the first time Speed Week has been cancelled due to flooding, with the 2014 and 2015 fixtures also washed out.

The Bonneville Salt Flats are well-known for being the site of several land speed records, with the world famous salt beds also commonly seen in motoring commercials and movies.