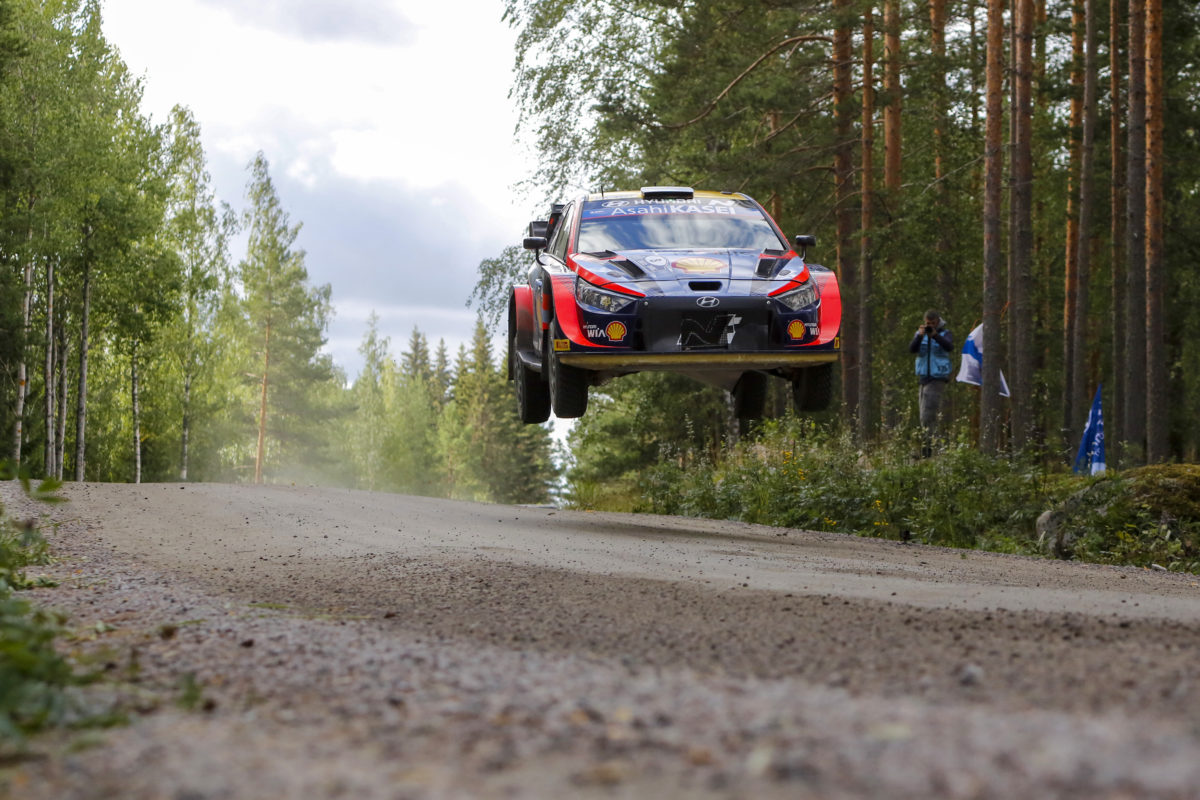 Ott Tänak and Martin Järveoja claimed their second win of the year in the 2022 World Rally Championship at Rally Finland.

The Hyundai Motorsport pairing took control of the rally from the Special Stage 2 on Friday morning, in their Hyundai i20 N Rally1, maintaining their advantage from there for the duration, to win by a margin of 6.8 seconds, ahead of the Finnish pairings of Kalle Rovanperä and Jonne Halttunen (#69 Toyota Gazoo Racing WRT), and Esapekka Lappi and Janne Ferm (#4 Toyota Gazoo Racing WRT).

Tänak and Järveoja pulled ahead of their rivals early on Friday, fending off a late challenge from Lappi and Ferm to stay in the lead.

The Estonians extended their lead on Saturday morning, as wet conditions brought together the front-runners, before keeping a hard-charging Rovanperä and Halttunen at bay later in the day.

The pairing maintained their lead over the four speed tests on Sunday, as Tänak clinched his third Finland success.

The pairing were disqualified after their win on Sunday, when the front bumper of their Hyundai i20 N Rally2 was found to be underweight.

After missing Rally Estonia due to COVID-19, Paddon and Kennard put in a consistent performance, to compete in the top half of the field.

While finishing fourth, the New Zealanders were eventually classified third in class and 11th overall.

The ninth round of the 2022 World Rally Championship will be the Ypres Rally Belgium, taking place on August 18-21.