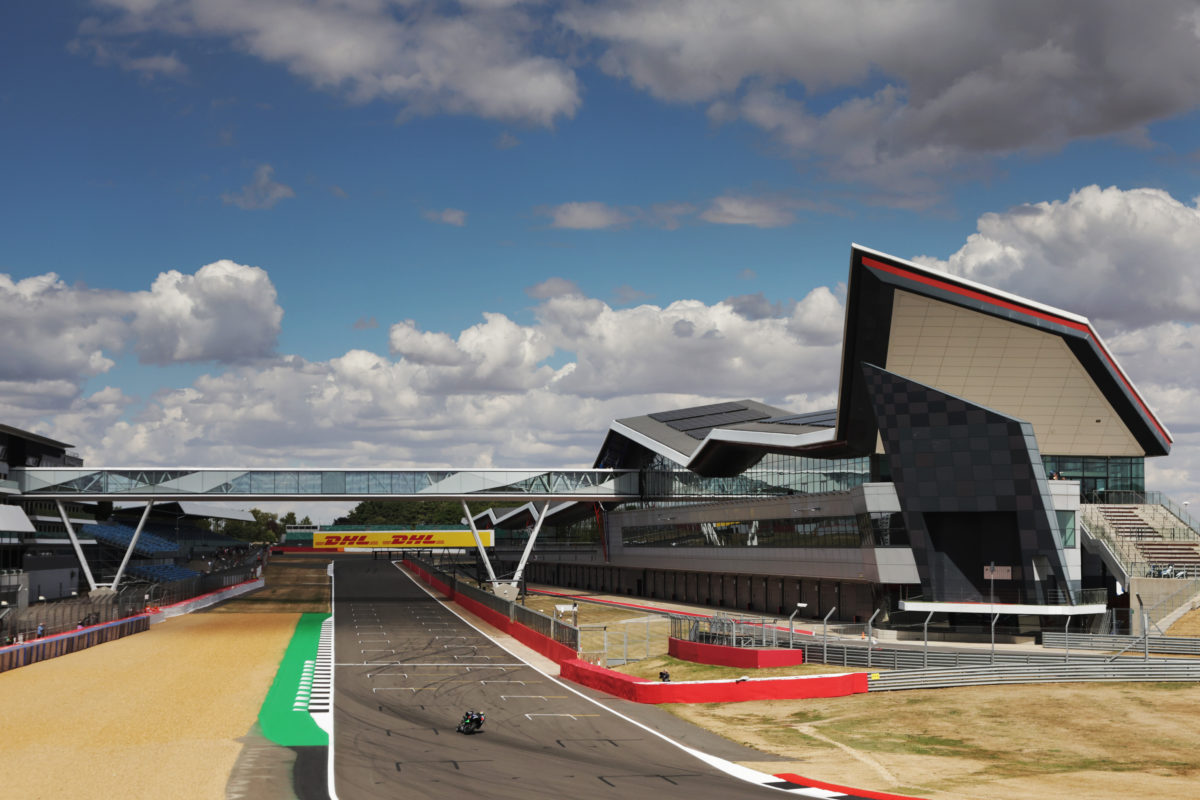 MotoGP will return to Silverstone’s International Paddock and hence use the Formula 1 track layout when next year’s British Grand Prix is held.

The premier class, along with Moto2 and Moto3, had used the Copse paddock since 2013, and hence the alternate pit straight which runs from Woodcote to Copse.

In 2023, the Hamilton Straight will be the main straight for grand prix motorcycle racing, with Abbey the first corner of the track and the Club complex marking the end of the lap.

It has also been announced that next year’s British Grand Prix will be held on August 4-6, essentially the same weekend as it just has been in 2022.

Ostensibly, the reason for the change of paddock is sustainability, with a total of 2700 solar panels soon to be fitted to the roof of the Silverstone Wing building.

“I am looking forward to having MotoGP back at the International Paddock in 2023 which is now connected by a brand-new bridge to the 197 room Silverstone Hilton Garden Inn Hotel,” said Silverstone Managing Director Stuart Pringle.

“By August 2023, Phase 2 of the Wing solar panel project will be completed and will generate over 13 percent of the venue’s annual power, an initiative that aligns with Silverstone’s Shift to Zero plans and Dorna’s commitment to a more sustainable future.”

Dorna Sports CEO Carmelo Ezpeleta added, “We’re delighted to announce when we will return to Silverstone next year, and that we will be returning to the International Paddock.

“Racing together, MotoGP is committed to increasing our positive impact and Silverstone is a valuable partner in our push to create a more sustainable future.

“As already announced, MotoGP will be powered by 100 percent sustainable fuel by 2027, and that is just one part of our global strategy as sustainability takes centre stage for the sport.

“Now is the time to take that innovation and let it inspire us in all our actions, on and off track, and we look forward to returning to the Wing as the perfect symbol of what is possible when we combine innovation, drive and our shared passion to create positive change.”

The season continues at Austria’s Red Bull Ring on August 19-21.