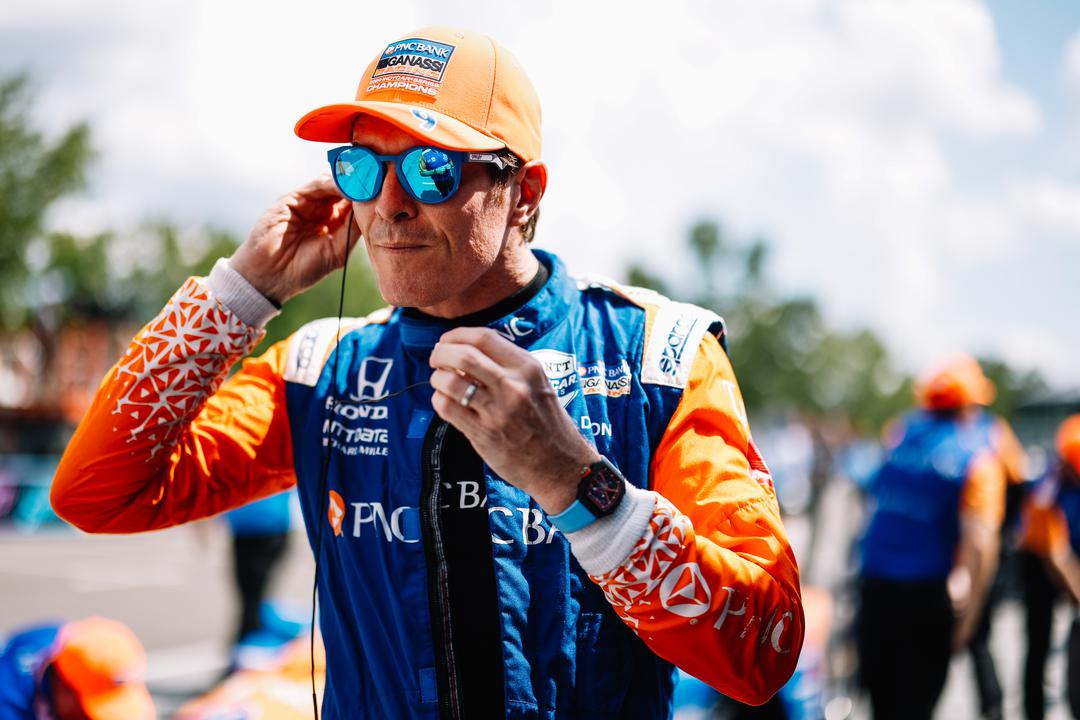 Scott Dixon has beaten Scott McLaughlin to victory by a tenth of a second in a chaotic Nashville IndyCar race.

Dixon had qualified 14th and his #9 Chip Ganassi Racing Honda was involved in a shunt on Lap 26 when the pack checked up upon the second restart.

He dropped to 20th when he took service as a result of that collision, but filtered back to the front when Josef Newgarden had to pit from the lead under the sixth Caution period.

McLaughlin led initially from pole before being hurt by the timing of the first full course yellow flag period, but the speed of the #3 Team Penske Chevrolet still gave him a fighting chance of victory.

He was left just a lap-and-a-bit to try and pass his fellow New Zealander after an eighth Caution was upgraded to a red flag period, but came up 0.1067s shy in the end.

Alex Palou finished third in a wounded #10 Ganassi Honda while Newgarden was sixth in the #2 Penske entry, Will Power 11th in the #12 Penske car after battling electronics problems, and Marcus Ericsson not running at the finish in the #8 Ganassi machine due to a technical issue of his own.

In the series points, Power has clung on to the lead but it is now Dixon up to second at just six points behind.

The initial green flag came more than 90 minutes late due to a thunderstorm, with the track declared dry despite significant damp patches.

McLaughlin got out to a one-second lead after just two laps, from Romain Grosjean (Andretti Autosport), Palou, Christian Lundgaard (Rahal Letterman Lanigan Racing), Pato O’Ward (McLaren SP), and David Malukas (Dale Coyne Racing w/ HMD Motorsports), all of whom started on alternates, with Newgarden best of those on primaries in seventh after briefly holding sixth.

McLaughlin was 1.5s to the good when a Caution was called on Lap 8 after Alexander Rossi (Andretti Autosport), who had not long pitted, locked the rears and had his #27 Honda stall at Turn 10.

None of the front-runners opted to pit by the time the race resumed on Lap 11, in the new restart zone, at which point O’Ward went under Lundgaard and Malukas was freight-trained back to ninth by Newgarden, Simon Pagenaud (Meyer Shank Racing, green tyres), and Power (blacks).

Lundgaard reclaimed fourth from O’Ward on Lap 13 and Newgarden also passed the #5 Chevrolet on Lap 18, before they closed up on Palou.

The Spaniard was clearly struggling for pace when he pitted on Lap 21 to swap to blacks, and the timing proved fortuitous.

A Caution came on Lap 22 when Helio Castroneves (MSR) spun on his own at Turn 3, not only wiping out McLaughlin’s 2.5s lead but also scrambling the order when anyone who had not already pitted opted to peel off.

Restart 2 came on Lap 25 but there was carnage next time around, when the pack concertinaed at Turn 7.

Graham Rahal (RLLR) shunted O’Ward at the back end of the top 10, and several more cars hit nose-to-tail when they checked up back at Turn 6, including Dixon.

Palou led from Pagenaud, Malukas, and McLaughlin, the latter three of whom had quickly cleared Car #48.

Power, who got hit by O’Ward in the concertina, retained eighth but was in emergency mode with limited electronic functionality, while Ericsson (blacks) sat 13th and Newgarden (greens) 14th.

Dixon got back to the pits and resumed in 20th after the #9 crew eventually got a bent left-rear wheel and its flat tyre off the car.

The cause of that disruption was Devlin DeFrancesco (Andretti) and Takuma Sato (DCR w/ Rick Ware Racing) ending up in the wall together at Turn 10.

By then, Kirkwood and Grosjean had cleared Johnson and hence were fifth and sixth, while Newgarden used the yellow flag to pit for barely scuffed backs and rejoined in 17th, ahead of the Lap 41 restart.

McLaughlin wasted little time in putting a forceful move on Malukas at Turn 11, then divebombed Pagenaud for second spot on Lap 42, at which point Palou was about two seconds up.

Pagenaud continued to cede positions, reportedly due to a differential issue, while Power was on the slide out of the top 10.

However, he had a stroke of luck when a VeeKay off prompted him to pit on Lap 50 in case of a Caution.

It did not come then, but one did just two laps later when Rahal, who had been sent back out, understeered into the wall at Turn 4.

VeeKay, coincidentally enough, shunted the #15 Honda but Power just missed both of them.

The big winner was Newgarden, who vaulted to the front when the pits opened thanks to his stop under the previous Caution.

Dixon was second having pitted a lap before Lundgaard and Power, who assumed third and fourth, followed by Jack Harvey (RLLR), then Palou, Malukas, and Herta, who was fighting back after needing a new front wing due to a collision with Dalton Kellett (AJ Foyt) on just Lap 3.

Grosjean was ninth, Kirkwood 10th, Felix Rosenqvist (McLaren SP) 11th but first on greens, Ericsson 12th, and McLaughlin all the way back in 15th after a slow stop.

On the Lap 56 restart, Kirkwood lunged past Herta and Harvey at Turn 11, causing the field to bunch up, and McLaughlin managed to thread his way through to 10th.

Within four laps of the restart, Newgarden was more than a second up from Dixon, Lundgaard, Palou, and Herta, who had just passed Malukas on the run to Turn 9.

McLaughlin soon also passed Power, with any idea of protecting his title-contending team-mate by playing rear gunner presumably futile, and was sixth when he got by Malukas on Lap 63.

A lap later, Malukas was in the tyre wall at Turn 9, with the #14 Chevrolet lodged underneath his #18 Honda, after Kirkwood had gone for a move.

That represented the sixth Caution but Penske decided that Newgarden was not going to get home on fuel and called Car #2 in when the pits opened, costing him the live series lead.

Remarkably, Dixon thus led, from Lundgaard, and Palou, whose front wing was looking second-hand after he had touched Power in making the earlier pass.

Herta was fourth, then McLaughlin, Grosjean, Ericsson, Rossi, Power, and Rosenqvist, with Newgarden last on the lead lap in 14th on more scuffed backs.

Upon the Lap 70 restart, McLaughlin was straight down the inside of Herta at Turn 9, then got through on Palou for third spot at Turn 11.

Newgarden was already back up to ninth on Lap 71 when he went down the inside of Power at Turn 4.

Johnson triggered a seventh Caution on Lap 73 when he had a fast lose at Turn 4 and smashed into the wall.

Behind Dixon, Lundgaard, and McLaughlin was Palou, from Grosjean, Herta, Rossi, Newgarden, Harvey on greens, Pagenaud, and Power in 11th, while Ericsson had slipped to 13th after an apparent technical glitch.

Restart 7 came on Lap 76 and McLaughlin lunged past Lundgaard to nick second spot at Turn 9.

That was tame, however, compared to Newgarden trying to pass Rossi, Herta, and Grosjean in one move just behind, and the #2 Penske car hip-checked the latter’s #28 Andretti entry into the concrete wall.

Caution 8 quickly became a red flag period, and most cars returned to pit lane but Ericsson’s had stopped on-track.

It was than that Race Control advised ‘no further action’ regarding the Newgarden-Grosjean incident.

McLaughlin pressured Dixon when the green came on Lap 79 but just missed out on victory in the lap-and-a-bit which remained.

Palou, however, got Lundgaard straight away at Turn 9, which caused Car #30 to also be passed by Rossi and Herta, who would complete the top five.

Newgarden got up to sixth in the end, ahead of Rosenqvist, Lundgaard, Harvey, Pagenaud, and Power in 11th.

Simona De Silvestro (Paretta Autosport) was classified last in the 26-car field after she was caught up in the early concertina.

Next up is the final oval event of the season, at Gateway Motorsports Park, on August 19-20 (local time).