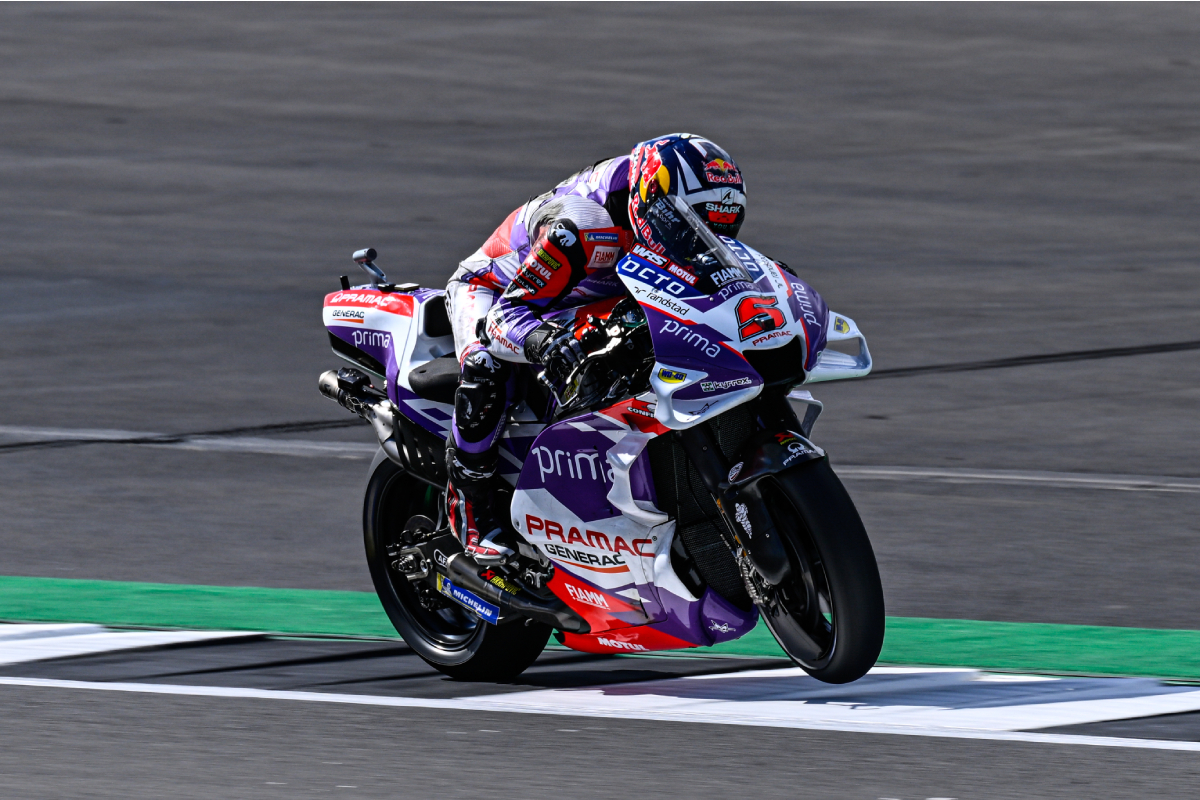 Johann Zarco will start the MotoGP British Grand Prix from pole, with Jack Miller to join him on the front row.

The Prima Pramac Racing rider grabbed the eighth pole of his MotoGP career with a blistering 1:57.767s, a new All Time Lap Record around the Silverstone circuit.

Aprilia Racing’s Maverick Viñales qualified second with a 1:57.865, while Miller (Ducati Lenovo) will start from third after setting a lap time of 1:57.931s.

Championship leader Fabio Quartararo (Monster Energy Yamaha) qualified fourth with a 1:57.938s and will need to overcome a long lap penalty to go back-to-back in the British Grand Prix, while Miller’s team-mate Francesco Bagnaia was fifth-fastest with a 1:57.961s.

A bruised and battered Aleix Espargaro (Aprilia Racing) qualified sixth with 1:57.966s, the first ever 1:57s lap of Silverstone when he set the time, after a highside in Free Practice 4 which was clocked at 185km/h.

The Spaniard left the scene of the incident by stretcher, before being declared fit at the medical centre and heading back out for Qualifying 2 on his second bike.

UPDATE: Espargaro in doubt for the race

Remy Gardner (Tech3 KTM) will start the British Grand Prix from 16th on the grid, after setting a 1:59.120s late in Qualifying 1.

The MotoGP British Grand Prix is scheduled for Sunday night at 22:00 AEST.