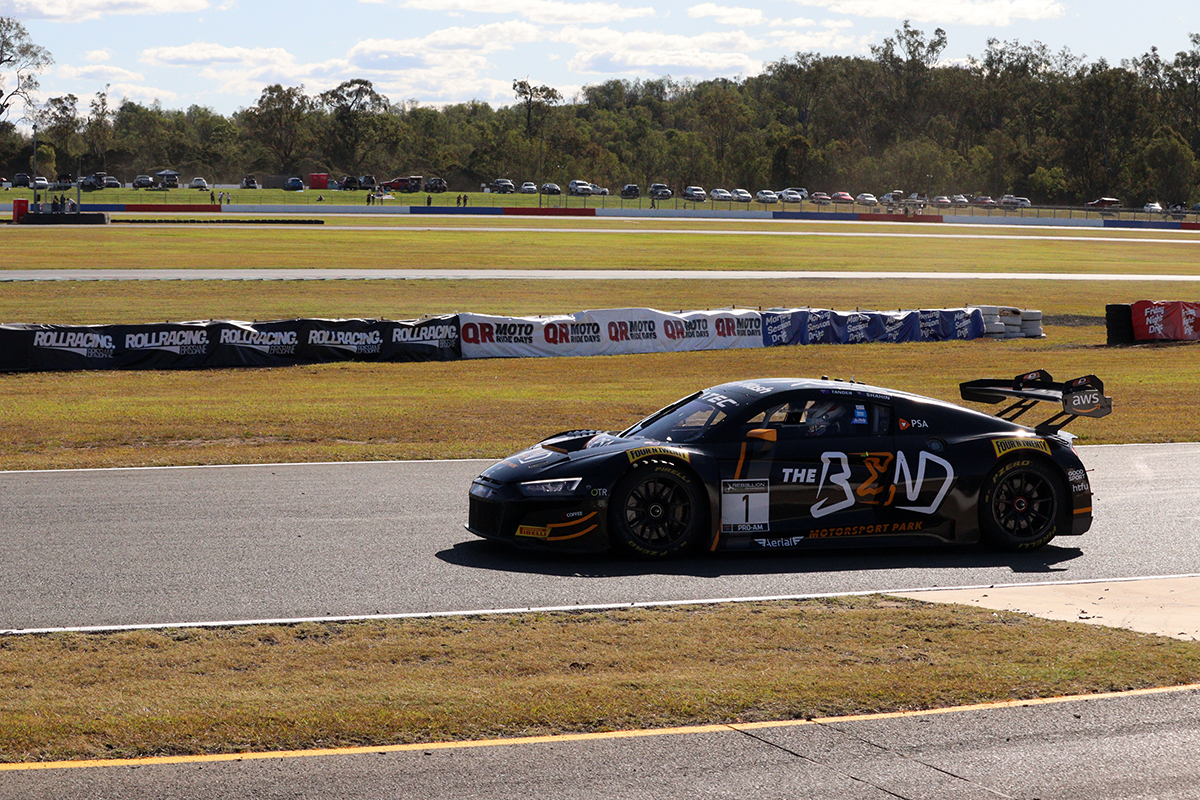 Garth Tander and Yasser Shahin won the the final race of Round 3 of Fanatec GT World Challenge Australia Powered by AWS at Queensland Raceway.

The duo took the chequered flag in #1 The Bend Audi LMS EVO, finishing ahead of Liam Talbot/Fraser Ross, who moved up two spots in the #20 Coin Spot Audi R8 LMS EVO, while Shane van Gisbergen and Prince Jefri Ibrahim rounded out the podium in the #888 Mercedes-AMG GT3.

Tander led the opening stages of the race, before the field was brought under the control of the Safety Car.

The Safety Car was brought out after Brad Schumacher in the #55 Schumacher Motorsport Audi R8 LMS Ultra drove into the back of Mark Stoupas in the #39 Audi R8 LMS EVO on the run to Turn 6, with both entries buried in the sand trap.

Shortly afterwards, Rosser went around at Turn 3, dropping four spots in the process.

The pit window opened in the next stanza of the race, with the professional drivers handing over to the amateur drivers to bring it home.

The three leading entries pitted as the times allowed the #24 Audi now driven by Tony Bates to take the lead from Shahin, Talbot and Ibrahim.

The pit times also hampered the Triple Eight Race Engineering Mercedes-AMG GT3, but Ibrahim was charging towards the conclusion aided by a long, drawn-out battle between Bates and Talbot.

Later in the race, Ibrahim pressured Talbot in what was an impressive performance by the Triple Eight Race Engineering driver.

Rosser recovered from a spin to win the Am class by a comfortable margin in fifth outright, while Scott Taylor in the #222 Porsche GT3 R claimed GT Trophy Series honours.

The next round of the Fanatec GT World Challenge Australia Powered by AWS will take place at Sandown on September 16-18.