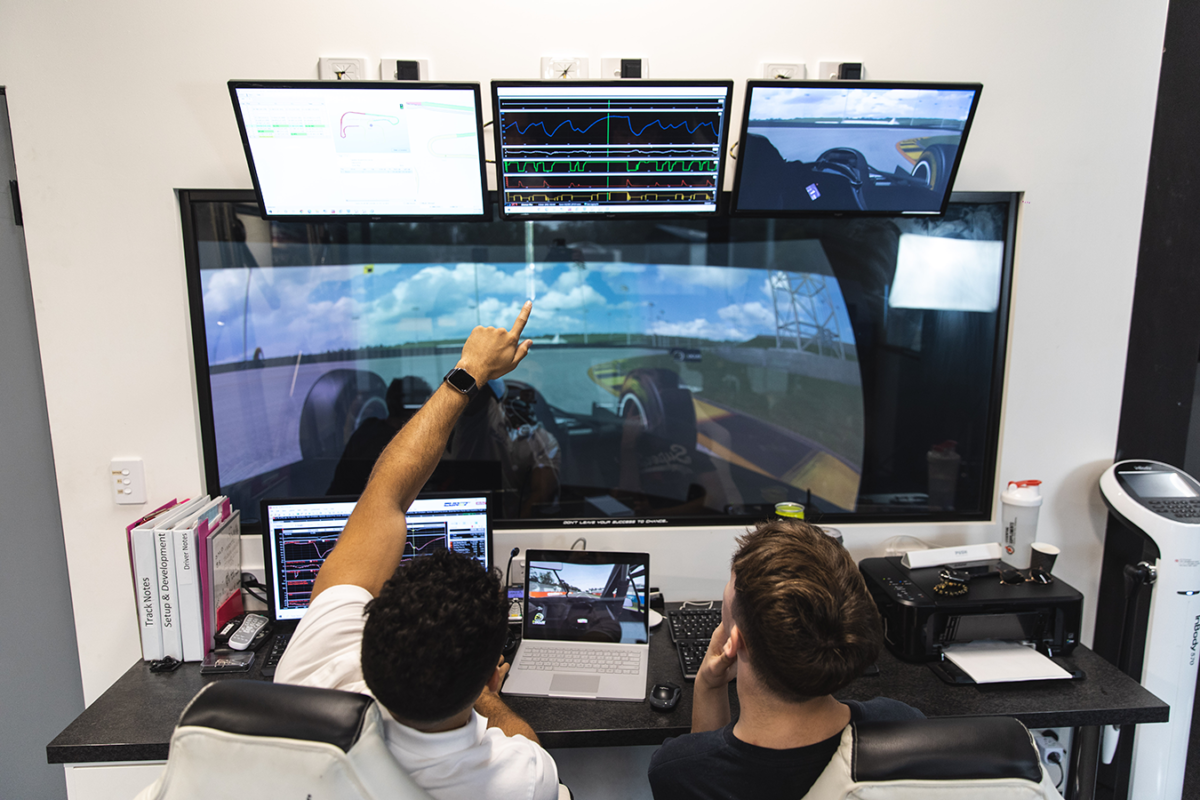 The performance centre focuses on different areas of building a racing driver, with physical and cognitive development, driver coaching, and performance psychology.

Drivers in training are able to race on their wide-screen, immersive simulator, getting feedback and tips from professional racing drivers Joey Mawson and Jayden Ojeda.

Mawson and Ojeda were looking to have the supreme race preparation that Focus Driver Performance offers, and have now come on board with the team as driver coaches.

“Just so we can really analyse where the drivers are actually looking and be able to get some kind of benchmark data from professional drivers and compare it to the younger kids coming through, which is exciting,” Myers said.

The facility uses a program called NeuroTracker, which is known to be the number one cognitive training system in the world.

“We’ve also got a full in-house fitness testing and assessment area, which is the part we are trying to grow the most at the moment,” Myers said.

They are also partners with InSyde Media, to help with media training for up and coming drivers from a PR (public relations) perspective.

“We also have a performance psychologist, Dr Kotryna Fraser and she’s got a very experienced background in motorsport,” Myers said.

“She’s very experienced in motorsport, she worked for the FIA academy and the FIA W Series.

“With that one we’re trying to think outside the box, because there’s a bit of stigma unfortunately around psychology.

“It’s not a negative thing that you’re seeing a psychologist, it’s a performance psychologist, we’re focusing on how the human body and mind can perform at its best.

“While I raced, I had a psychologist for three years, and I know first hand what it’s like to work with the stigma that comes with having a psychologist.

“It can’t be looked at as a problem, it’s like asking ‘why do you have a personal trainer’, it’s all about how to get the mind to perform at its best, beat pre-race nerves and perform under pressure while reducing mistakes.

“It’s just a personal trainer for the mind, like a brain gym.”

Focus Driver Performance are also working hard to get all karting tracks around Australia onto their simulator.

With their two in-house simulators, they are working to have a fully functioning kart simulator in the next six to 12 months.

CLICK HERE to learn from about Focus Driver Performance.