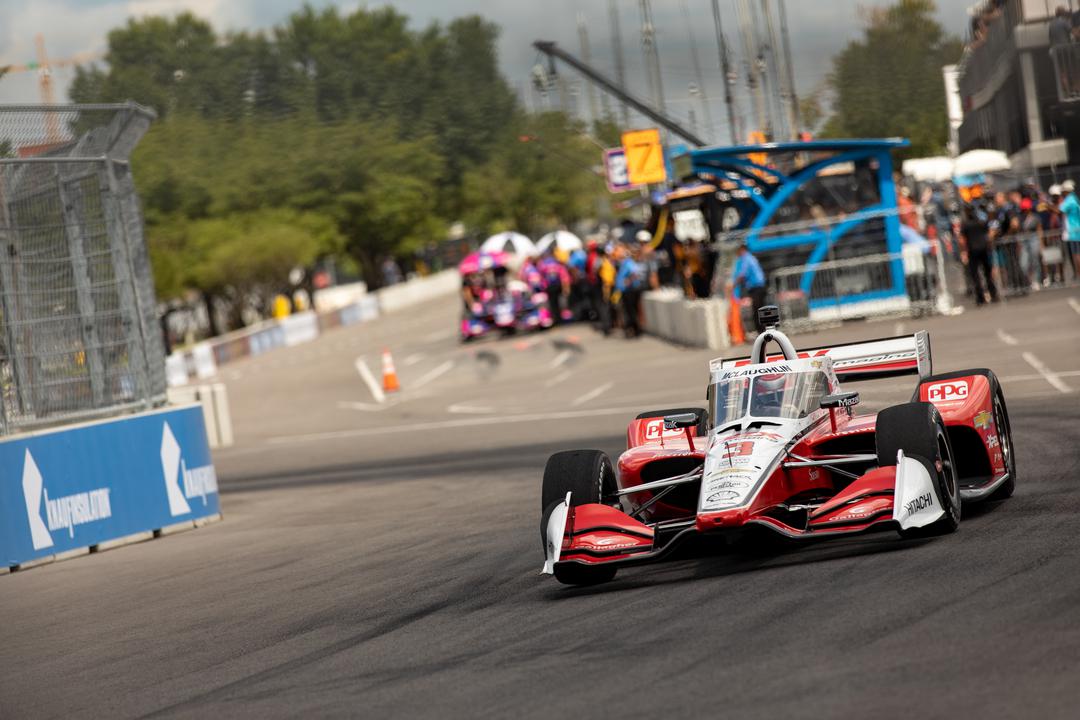 Scott McLaughlin has qualified on pole position for the Nashville IndyCar race while series-leading Team Penske team-mate Will Power missed the Fast Six due to a penalty.

Power, however, got relegated to eighth after causing a local yellow in Round 2 of the session, while Ganassi’s Scott Dixon and Marcus Ericsson both failed to even make it that far.

In the first race weekend for the new-specification alternate compound tyres, the Fast Six began with five drivers on used greens (as opposed to reds) and Newgarden on sticker blacks.

The #2 Penske pilot was slowest initially while McLaughlin kicked things off with a 1:15.2275s which was the benchmark when he and the other four on greens pitted after just one lap.

Newgarden climbed to third with a 1:15.4470s on his third lap as those primaries came good, but then Lundgaard moved to the top with a 1:14.7149s on his second run.

With the chequered flag out, Grosjean grabbed provisional pole on a 1:14.6975s but McLaughlin was still on a flyer and he would wrest qualifying honours back from the Frenchman.

Back in Round 2 of Qualifying, McLaughlin had gone quickest just past the halfway mark with a 1:15.2446s on blacks, despite Palou and two others starting the segment on greens.

The New Zealander was then shuffled below the cut-off before reclaiming top spot with a 1:14.6788s on greens in the final minute before the chequered flag, and would end the stanza second-quickest to Palou, who set a 1:14.6437s.

Power looked to be through in sixth until he was stripped of his fastest lap for causing a local yellow which affected another driver when he ran long at Turn 4.

O’Ward, who was in the following car, inherited the final spot in the Fast Six while the Queenslander slipped to eighth, behind David Malukas (Dale Coyne Racing w/ HMD Motosports).

Lundgaard, meanwhile, had advanced despite having to take a drive-through for causing a local yellow, given he had no time on the board when he was hit with the penalty.

Qualifying had started 90 minutes late due to weather conditions, and Group 1 of Round 1 then came to a halt less than three minutes in when Devlin DeFrancesco (Andretti) stopped in the middle of the track at Turn 4.

That red flag effectively turned the period into an alternate tyre-only affair, although it ended up being even shorter when Colton Herta (Andretti w/ Curb-Agajanian) locked up and understeered into the Turn 4 barriers in the final minute.

Palou was quickest on a 1:15.9983s and Kellett was the lucky recipient of the sixth berth into Round 2 when Herta was kicked out, but Alexander Rossi (Andretti) was trapped on the outside by his team-mate’s prang and Felix Rosenqvist (McLaren SP) also missed out.

In Group 2, two of Ganassi’s big guns were the most notable failures to advance.

Dixon could only rise from ninth to seventh when he clocked a 1:15.3179s with the chequered flag out, meaning Ericsson ended up ninth instead, as Power topped the 10-minute stanza on a 1:14.7460s.

As such, the back half of the starting grid includes Dixon in 14th, Rosenqvist in 15th, Rossi in 17th, Ericsson in 18th, and Herta in 23rd after being stripped of his lap times.

Simona De Silvestro (Paretta Autosport) ended up 21st on the grid in her third event of 2022.