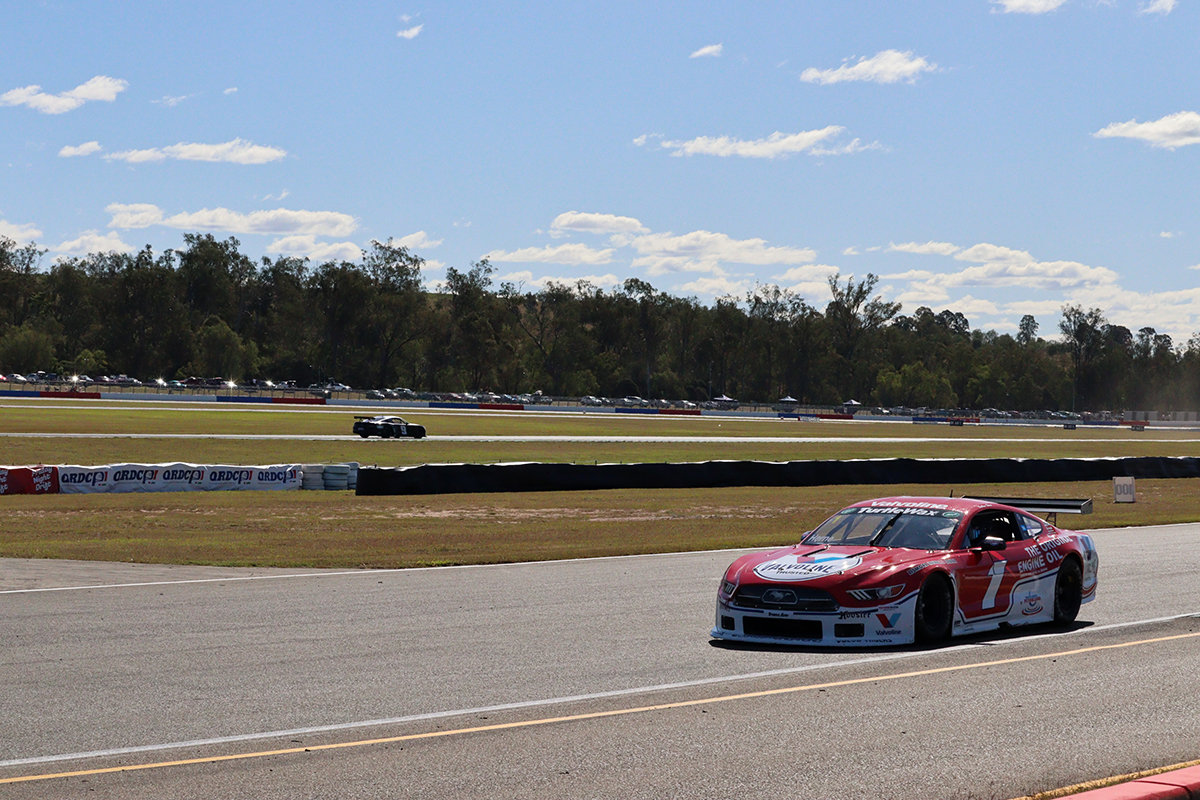 Nathan Herne recorded his second win on the trot in the Turtle Wax Trans Am Series at Queensland Raceway, as Jett Johnson finished second after a battle with Brodie Kostecki.

The Garry Rogers Motorsport driver drove away from pole to win in the 18-lap encounter, finishing ahead of Johnson in the Ford Mustang, as series contender Owen Kelly charged from eighth on the grid to finish third in his Ford Mustang.

Supercars regular Brodie Kostecki passed Johnson on the opening lap in his Chevrolet Camaro to set up an enthralling battle between the duo for the minor placings.

The third-generation racer managed to stay on the bumper of the Erebus Motorsport driver, racing side-by-side down the short back straight into Turn 4 on Lap 4, with Kostecki holding off his ambush in that instance.

Johnson attached himself to the bumper of Kostecki again on Lap 7, diving down the inside to run side-by-side into Turn 4 again.

Kostecki remained ahead again, as Herne continued to the lead, with the top three covered by less than a second.

After a good run out of Turn 2 on Lap 14, Johnson launched a successful attack for second, diving down the inside of Kostecki on the approach to Turn 3, making a pass and managing a good exit to regain position.

Lochie Dalton (Ford Mustang) and Kelly also took advantage of the situation, as Kostecki dropped down the order, with Kelly passing Dalton into third on Lap 17.

Herne credited the team for his eighth win of the season.

“Yeah, it’s great, Garry [Rogers] is always giving me words of advice that I always take on board and great weekend so far, we put a lot of blood, sweat and tears, big credit to GRM, we have a red-hot race car.”

Johnson said he enjoyed the battle with Kostecki.

“That was great, being able to battle with Brodie [Koestecki] was pretty cool, smart driver, he was pretty good at putting me in some awkward spots there,” he remarked.

Race 3 will be streamed live and ad-free on Stan Sport at 15:25 local time/AEST.