Espargaro in doubt for British MotoGP race after 185km/h highside

Espargaro in doubt for British MotoGP race after 185km/h highside 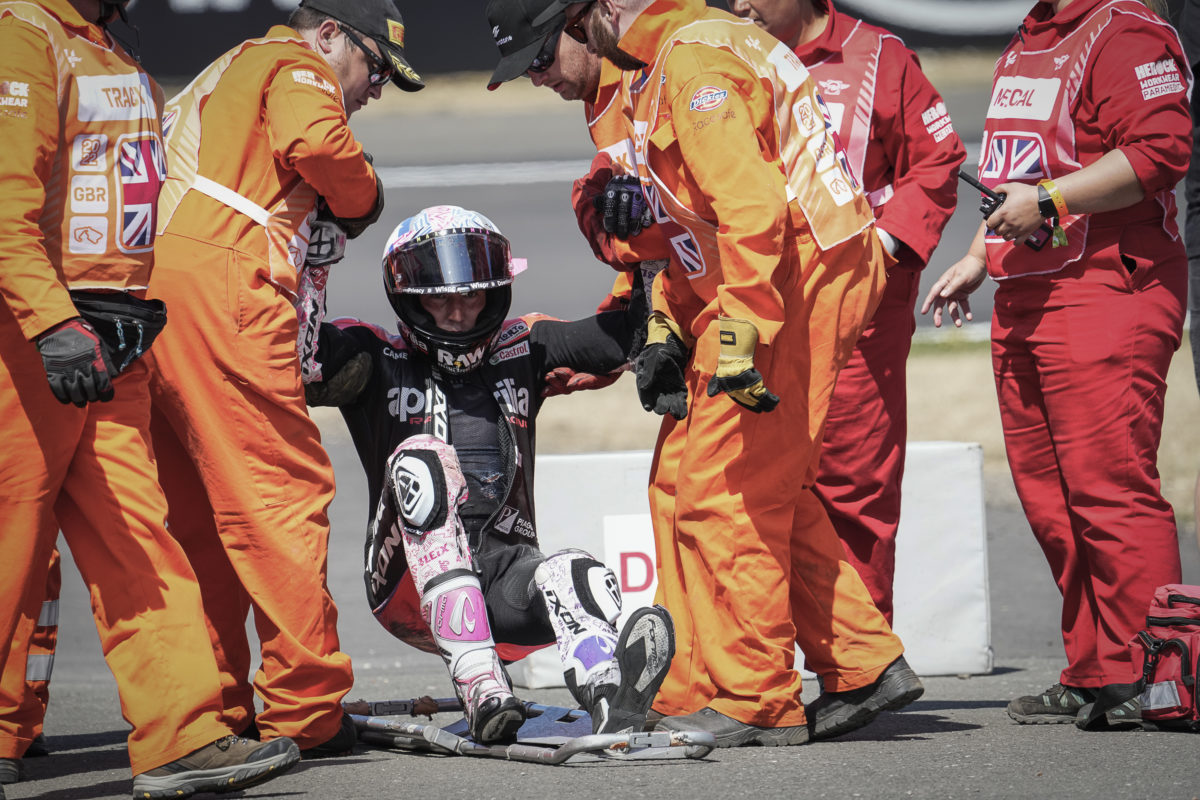 Aleix Espargaro admits he is no certainty to race in the British Grand Prix despite qualifying sixth after a fast highside.

The Aprilia Racing rider was thrown from his RS-GP at the Farm left-hander early in Free Practice 4 for the MotoGP field at Silverstone, an incident which occurred at approximately 185km/h.

He was stretchered from the crash site but subsequently declared fit at the circuit’s medical centre, and went out for Qualifying 2 on his second bike.

Espargaro was the first to break Marc Marquez’s three-year-old All Time Lap Record but then so did seven other riders as he was shuffled back to the second row of the grid.

Whether he does indeed take sixth position for the start on Sunday afternoon remains to be seen.

The Argentina Grand Prix winner is experiencing soreness in his right foot and did not partake in post-qualifying media activities.

He said via an Aprilia statement, “The crash was the last thing we needed.

“I was feeling good on the bike, pushing hard, and the highside was rather violent.

“I’m in a lot of pain and it is getting worse, so along with the team and the docs, we decided it would be best for me to rest until tomorrow and then evaluate the situation after the Warm Up.

“I’ll obviously do everything I can to be on the track but, since we’re talking about a part of the body that is highly stressed during riding, we’ll have to see if it’s possible.”

As Espargaro alluded to, a withdrawal from the British Grand Prix would cost him a golden opportunity in the title race.

The 32-year-old is second in the championship at 21 points behind Fabio Quartararo, who ran into him last time out at Assen and hence has to serve a long lap penalty in this Sunday’s race at Silverstone.

Quartararo put his Monster Energy Yamaha entry fourth on the grid but will have to take the penalty within three laps of notification, which is set to occur early in the race.