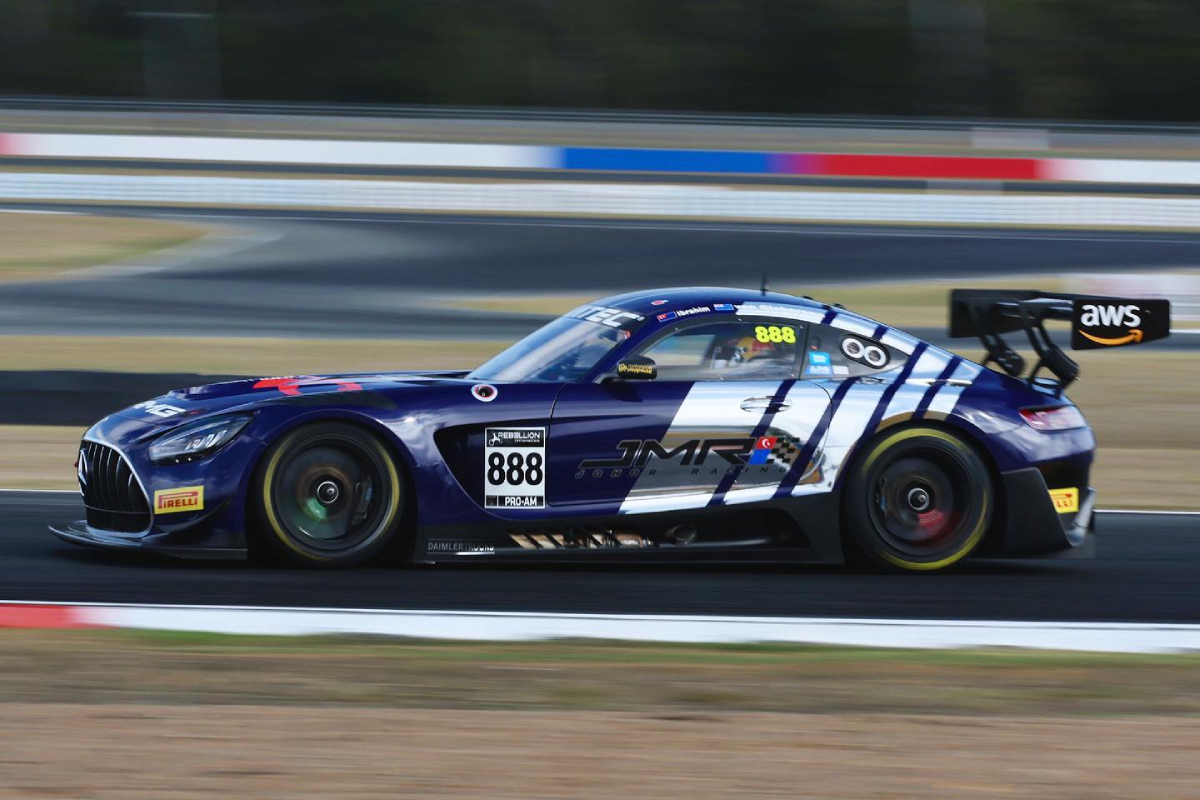 Van Gisbergen was at the wheel of the #888 Mercedes-AMG GT3 after 60 minutes, with Garth Tander/Yasser Shahin making a move late in the race to finish second in the #1 The Bend Audi LMS EVO, while Fraser Ross/Liam Talbot completed the podium in the #20 Coin Spot Audi R8 LMS EVO.

After finding himself off the road on the opening lap, Prince Ibrahim mounted a recovery effort, climbing back up to third from eighth.

Ibrahim said he worked hard to gain the position back on track.

“I was trying to do my best in the first few laps and messed it up, so I had to make it up before the team kicked me in the ass,” Ibrahim said.

“I just tried to keep it clean, try to gain that position back, and enjoy every moment of the lap.”

The Safety Car was called after mechanical dramas struck for James Koundouris in the #47 Supabarn Audi R8 LMS EVO on Lap 13.

Shortly after the Safety Car pulled off, the pit window opened, with Ibrahim handing over to van Gisbergen who quickly moved through the field into the lead of the race.

Once he had taken command of the race, the Supercars Championship leader traded times with Tander, before Supercars regular David Reynolds in the #24 Bostik Racing Audi R8 LMS EVO joined the fray, posting back-to-back fastest laps, breaking the lap record on Lap 31 with a 1:08.9125s from 10th on the track.

“I didn’t really do much there, even when I got in I had a 10-second lead or something, so yeah I just drove around, but what an awesome job,” van Gisbergen said.

“He had a tough first lap, but then his passes back through were really, really cool, so hopefully I’ll do the same tomorrow, get him in a good spot, and he can bring it home.”

GTWC Australia will return to the track tomorrow for Race 2 at 14:10 local time/AEST.

Race 2 will be streamed live and ad-free on Stan Sport.